You are here: Home › Get Out The Helicopters And Fire Up The Presses, Biden Bucks Money Shower Is On Its Way 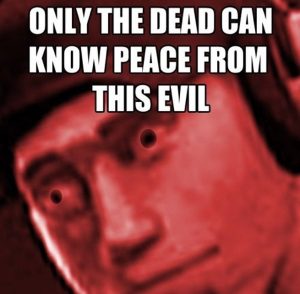 I told you it was coming. I warned people over and over. I said that just like the Pringles “once you pop the fun don’t stop” commercial, with banks it is “once you print you cannot stop or else face a collapse based on economic principles”. I said that they banks were going to print money until they presses burned up, and sure enough, what is happening but that the printing presses are running full blast and President Biden is now giving out round three of stimulus to the whole country.

With his signature, the president checks off his first priority in the White House. He also will give a prime-time address Thursday describing how the country will proceed in fighting the virus a year after the World Health Organization declared it a pandemic.

The plan will send direct payments of up to $1,400 to most Americans. Direct deposits will start hitting Americans’ bank accounts as soon as this weekend, White House press secretary Jen Psaki said Thursday.

The bill will also extend a $300 per week unemployment insurance boost until Sept. 6 and expand the child tax credit for a year. It will also put nearly $20 billion into Covid-19 vaccinations, $25 billion into rental and utility assistance, and $350 billion into state, local and tribal relief.

“This historic legislation is about rebuilding the backbone of this country,” Biden said before signing the legislation. “And giving people in this nation, working people, middle-class folks, the people who built this country, a fighting chance.” (source)

This isn’t about supporting or not supporting it at this point. It doesn’t matter what you or I say. The banks HAVE to print money or else the debts will crash the system. Instead, as I warned, warned, and warned about, the government is choosing what governments often do for political reasons- to hyperinflate the currency and blame a crash on another.

They will print. The printing is NOT going to stop. It will never stop. It is not just the current check either, because beginning in July, the government will give ‘tax credits’ to parents based on a series of calculations.

But don’t break out the bubbly, and don’t party. Instead, use the money and time to pay off debts, and prepare for the future, because this party cannot last forever. And it is not a party, but really, an alarm bell, that the economy is on fire, and it’s time to get to the stairwells and exit as fast as possible in an orderly fashion before the structure burns down.