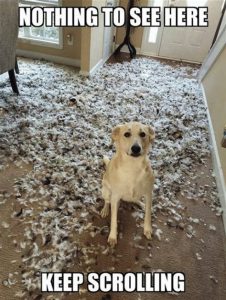 Monty Python famously created the phrase “Nobody expects the Spanish Inquisition” for one of their comedy sketches. In a similar way, one could say a similar statement about Germany except it might be ‘Nobody expects the far-right’, when it comes to politics. This of course is knowing that the German far-right is not about left or right, but rather one manifestation of a metaphysical-philosophical concept of the self that transcends political parties and while manifesting in the realm of policy making is far greater than it, for politics can die or change, but the concepts from which politics emerge often do not, but just manifest in different forms, for the only difference between a chocolate rabbit, a chocolate Santa, and a chocolate heart is the mould it is put it, for the constitution of the chocolate itself is the same.

Having noted this, Deutsche Welle reports that the German State Police says that following a thorough investigation, it has declared itself ‘free’ of ‘far-right networks’.

Conspiratorial, action-focused far-right networks were “not detectable” among police in the western German state of North Rhine-Westphalia (NRW), according to a state Interior Ministry report.

Only in a few cases, flagged last year, was there a suspicion of contact or membership in right-wing extremist organizations, the report’s authors concluded.

What did the report find?
Some 273 prosecution and disciplinary probes against 170 police officers as well as administrative personnel had not confirmed the presumption that a majority of offenders had a fixed far-right mentality, concluded a ministry-appointed team led by Uwe Reichel-Offermann, deputy head of NRW’s intelligence agency.

“Every individual case is a drama, but it does not occur in large numbers,” NRW Interior Minister Herbert Reul said, after last year declaring police electronic chat disclosures as his priority concern.

He added that while the problem of far-right extremists in the police was “too big,” he maintained that it was “not so big that one could speak of a problem for the entire police.”

Contacts by four suspects to far-right groups were proven, said the NRW report, with racism, anti-Semitism, glorification of past Hitler’s Nazism reflected in “digital group exchanges,” but these had not been replicated in the “analog world.”

The probe has resulted in three disciplinary warnings and two dismissals, said the report, citing 186 suspected cases of far-right leanings dating from 2017 until late 2020, centered in Essen (50), Cologne (21), Aachen (25) and Dortmund (14). (source)

Say that these findings are true. They do not mean anything because they do not speak to the metaphysical-philosophical concepts I mentioned above. This cannot die unless the German people die or is fundamentally transformed. The biggest change that happened was the Catholic Faith, but even that happened with much duress, and was difficult to endure and had many problems. But with the Faith mostly gone or relegated for most people to a matter of national identity, this same spectre is back.

In Mein Kampf, Hitler says that his new movement- what became National Socialism -needed to have a new face and image from previous faces, but articulated something of this metaphysical-philosophical concept in his own words. It does not matter if National Socialism dies or lives, because the issues really are not about “Nazis”, but about a concept of power and the self, and as long as there is a Germany and a post-original sin world, it most likely will not disappear.

Italian Lockdowns Are Back On The Menu As Two-Thirds Of The Country Prepares For Lockdown
Muslim-Majority Morocco Moves To Legalize Marijuana, Encourage Marijuana Cultivation
Follow