You are here: Home › COVID Furthers Anti-Natal And Fundamentally Eugenic Ends Of Revolution Started In The Late 19th Century 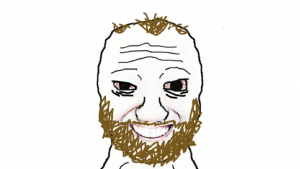 About five years ago, I pointed out the rise of robots for the use of adult purposes. I said this would have many effects on policy for the future, as the real purpose was not simply about the self, but a philosophical and military end. The latter is clear with the development of new weapons inclining towards a third global conflict, as the soldier of the past is about to become a relic of it too, and with that what was once fan fiction in the Terminator film series move tp realm of reality, and there is no more perfect way to market and test such concepts in the public than with a robot whose true purposes are blinded by man’s pursuit of gratification. But in addition, there is another trend that I have pointed out, which is anti-natalism.

The ongoing so-called ‘sexual revolution’ began with attempting to equivocate men with women, first in function. The next wave was the separation of generation from activity, which has been fully realized. The next part, which most have been living through, it the equivocation of men and women in terms of biological function backed with science and policy. The last natural step, while admitting there are likely more before reaching this one, will eventually be the full separation of enjoyment of the act from that of human connection. In other words, wholly directly at the self and devoid of real relationship with anyone.

This last trend is the most concerning, because it is what science fiction novels have warned about for decades. Yet according to Study Finds, it appears that COVID is accelerating this trend, with people engaging in self-abuse more than ever and enjoying it more than human connection.

Single Americans have taken sex into their own hands since the pandemic began — literally. A new survey claims that the average single is [engaging in self-abuse] three times per day amid all the isolation from COVID quarantines and lockdowns.

The poll of 2,005 single (and unabashed) Americans finds three in 10 are [engaging in self-abuse] more than once a day. However, only 14 percent are doing it just once a day. Self-pleasure has seen an uptick since March 2020, with nearly half of respondents (48%) admitting to doing it more frequently than ever before as a result of their isolation.

These solo sessions have reportedly led to some jaw-dropping [experiences]. Incredibly, a third (34%) say they experienced their best [experience] ever during the pandemic.

Unfortunately, 59 percent of those singles say they don’t foresee breaking their dry spell any time soon, even if the pandemic went away. One in five say they want to experiment with [engaging in self-abuse] even more.

One in 10 of those looking to extend their dry spell in a post-COVID world intend to do so because they prefer [engaging in self-abuse] over sex now. On the other hand (no pun intended), 57 percent of those going through a dry spell are worried about having sex for the first time after not experiencing it with a partner for so long. (source)

Certain edits have been clearly made in the above text, and are noted.

What is so interesting about this is not COVID, or the mere trends into themselves about self-abuse, but rather, the continuation of a trend as noted before concerning eugenics. , with the end goal being the removal of the self from the act, and as a part of this, the curbing of procreative impulses that come from the sensations associated with said act.

The end is not hedonism, but power, using said means to realize the end of reducing the human population and directing energy away from the creation of life and its continuation towards one’s self-destruction in order that a minority might pretend to be as though they were living higher beings serving as masters over the rest of creation.