You are here: Home › Will A Four-Day Workweek Become More Common In The Future? 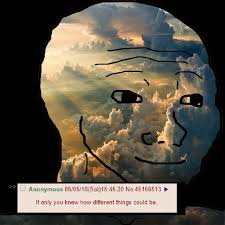 There were many bad things that COVID did or is being used to do. However, in all bad things, there also can be some good things that come out. One of the beneficial things that COVID exposed was American corporate culture and how a lot of the ‘jobs’ that are available do not necessarily have to be done from an office, and that by not doing them in an office, workers were more productive and generally happier than having to sit forcibly in a room with people they do not know or care about for hours each day for years.

Another trend that emerged was it was noted how people were, in becoming more efficient, also redistributing how they were working. In other words, the nature of time management did not require a traditional schedule. This has brought up many questions, including one asked by the Washington Post and reported on via Chron.com, which is to ask if possibly, a four-day work week may become normal.

The women at the Belgian nonprofit Femma decided quickly how to spend their new free time. One took up Spanish classes. Another studied flamenco dance. A senior manager revived her interest in art crafts.

Four years ago, the feminist advocacy organization polled its 60,000 female members on their biggest frustrations. The results were remarkably consistent, regardless of age: The women wanted more free time. Between work and their disproportionate share of the household and child-care responsibilities, the women reported having little time for themselves.

So as a one-year experiment starting in January, Femma implemented a 30-hour workweek for its approximately 60-person staff, which effectively means most take their Fridays off. The employees are being closely followed through December by Free University of Brussels researchers, who are studying the impact of more leisure time on both the women and their children.

“Our colleagues are very happy with this new situation; they’re experiencing a lot more freedom,” said Eva Brumagne, the director of the Belgian nonprofit, who has started a book club focused on modern literature. “They have a much more balanced life, new hobbies and are spending more time with their children. People are saying their lives have slowed down.”

Femma’s experiment comes as part of a new push across much of Europe to reduce working hours, including through a four-day workweek. For much of this decade, the idea of a four-day week has been primarily championed by industry executives in certain business niches – like those in software development or sales – as a way to boost employee morale and hourly productivity.

But over the past several years, particularly in Europe, trade unions, leftist organizations and some academics have increasingly called for a far broader, economy-wide transition to the four-day week as a way to give workers a larger share of the benefits of growth. (source)

People live for the weekend in the US not because they love the weekend, but because of the deadening nature of American corporate life. This is not to say that jobs or work is bad, but rather, that work is structured in such a way to consume time as opposed to manage it effectively, reducing men to the status of economic units working for things they do not benefit from or can have pride in doing, as opposed to being something that helps a man to live.

It will be interesting to see if this passes, or if as a result of COVID, the nature of the workweek starts to change from the long-accepted cultural norm.