You are here: Home › Ten Thousand Keks As A Possible Strawman Is Again Burned To The Ground 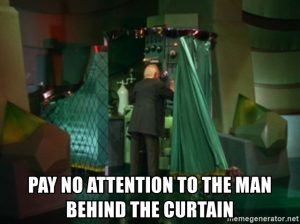 Since before the beginning of Trump’s presidency but in the days leading up to Biden’s inauguration, there has been increased talk about racialist supremacy. According to ThompsonReuters, the various US intelligence agencies are warning that ‘racially motivated extremists’ are a threat.

U.S. spy agencies said on Wednesday that racially motivated extremists and militia extremists present the most lethal domestic terrorism threats, and warned that the threats could grow this year.

The assessment issued by the Office of the Director of National Intelligence said racially motivated extremists were most likely to conduct major attacks against civilians, while militia members typically target police and government personnel and buildings.

The agencies who contributed to the report, including the FBI, the Department of Homeland Security and the National Counterterrorism Center, said that domestic extremists who promote white racial superiority have potentially troubling contacts with foreign extremists and that a small number of American extremists have traveled abroad to network with overseas counterparts.

The agencies said that other domestic extremist categories which concern government investigators include animal rights and environmental activists, anti-abortion protesters, anarchists and people who call themselves sovereign citizens who “believe they are immune from government authority and laws.” (source)

In Chinese culture, the number “ten thousand”, or “wan” (in Mandarin) signifies a number of things, including perfection as well as eternity. For example, there are ten thousand terra cotta soldiers created by Emperor Qin, signifying the “perfect” or “heavenly” army. The second phrase “kek” does not refer originally in a modern context to the Egyptian frog deity based on the onomatopoeic sounds of a frog’s croak, but rather as a variant of “hehehe”, due to the overlap of Japanese and Korean anime culture and the relationship between the G/K/H sounds.

The reason I say the above is because it is a known fact for decades, for those who have paid any attention at all to the so-called “neo-nazi” movement in the West, is that it is in many cases just an extension of government, to such a point that many of the so-called “white nationalist” agents were actually on government payrolls.

We have written about this for a while at Shoebat.com, but my favorite one is still that of Hal Turner, the infamous “white nationalist” troll for decades who even as recently as the 2020 election was instigating the masses in his online broadcasts. I mention Turner so prominently because a simple search online will show that Turner is not just a provocateur on the FBI payroll, but that such exact point was what he used for his defense when he was put on trial by the State of Connecticut for inciting violence against officials in state government- in other words, his defense was in essence ‘I was paid to say this by your government so you can’t charge me’, to paraphrase it for simplicity.

Is there anything more obvious than this? And it is not just him. There are so many cases of direct overlap between “white nationalism” and either “turncoats” or “infiltrators” that one is left to wonder if the entire “white nationalist” movement is not just a creation, but exists for the purpose of attracting people in order to identify those who might in the future pose a real threat to the continuity of the current state of government. One might say then that there are three groups who join such “white nationalist” movements- government agents, low-class poor fools seeking a sense of identity and meaning but functionally can do nothing and so do not mind joining socially unappealing groups, and a minority of people who think and pose a real threat but are arrested at the first sign trouble is suggested by one of them or if one of them says they are interested in trouble- which too often also happens to be proposed by a man that just happens to be a part of the “infiltrator” crowd. Similar statements can likely be made about “black nationalist” movements, considering for example that the famous “black nationalist revolutionary” and founder of Kwanzaa was FBI collaborator.

I point out the above statements as something to think about in the context of this ‘warning’ about ‘infiltration’ coming from the very intelligence agencies who not only collaborated with, but one might argue were the progenitors of said ‘radicals’ they claim are dangerous. Indeed, if these people were a real threat, it is highly unlikely there would be so many stories warning about them, simply because all the stories ultimately and seemingly in the greater sense serve to do is antagonize people about a given “problem” (which here is “white supremacy/radicalism”) and cause social division, which ultimately is exploitable for political ends, instead of to have people ask about how said problem came into existence, or even more poignantly, how the intelligence agencies could ‘warn’ about something that modern historical data clearly asserts was something they were involved in the creation of?

In the famous words from the film “The Wizard of Oz”, “pay no attention to that man behind the curtain”, because perhaps instead of “white radicalism”, “black radicalism”, or some other sort of racial-ethnic nationalism as the problem, the real problem may be indeed listening to those who say that such problems exist to the extent they do and that the answer they propose is the real ‘solution’.