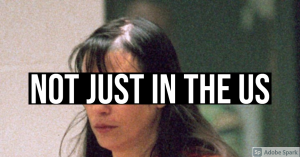 In a very sad story out of the Russian Far East, on the remote island of Sakhalin just north of Japan, Pravda Russian news reports that a mother has been charged with the deaths of three of her young children by fire, following three other of her children removed from her care and placed into State custody.

On Sakhalin, a mother with many children was accused of irresponsible actions that led to the death of her three young children in a fire.

According to the investigation, the woman closed them in the apartment without adult supervision. When the fire occurred, the children were poisoned by the combustion products. It is known that earlier three more children were seized from the woman by the guardianship authorities – one of them is now in an orphanage, two more were able to be placed in foster families.

Also, the chairman of the commission on juvenile affairs of the Tomarinsky district was charged with negligence in connection with the same family. She, without sufficient reason, removed the family from the databank of families in a socially dangerous situation, the investigators say. (source)

This is a very sad story, and nothing should be made to disparage the horror of what happened. However, this brings up a few important points about the relationship between Russia and the United States.

I have said for a long time that there is little difference between Russia and the United States in terms of how we think. Both nations are great nations with rich histories, major cultural impacts on world politics and culture, and whose influence spreads over a wide area. While both Nations have their differences, Russia and the US likely do not like each other is they have more in common with each other than they do not have in common with each other. However because of this reason, Russia and the US also share many similar problems that are not found in nations that are either smaller, or in a general sense, more homogeneous. Remember, Russia and the US are both highly ethnically diverse and they both function as centrally administered systems in a veil of quasi ethnic and cultural nationalism with an abundance of divisions and political blocs. Arguably, in both cases, there is more division than there is unity, and unity tends to come through conflict.

One hears about a lot of crazy people in the United States, either individuals or families. Florida man comes immediately to mind. Also, one can think of women like Andrea Yates. however, Russia has a similar problem. Russia has, as I have noted, “village man”- these are the people that one finds in remote Siberian Villages who engage in horrible crimes, especially cannibalism. However, as this story notes, Russia also has her share of moms that cause family havoc. Now, of course, one cannot say that based on a single story this is how all people act. It would be unfair. But stories like this are always good because they give an insight into patterns of thoughts and processes that happen around us that we may not even be aware of.

Politically speaking, as I have noted, Russia and the US also share a similar trajectory as to their future. Their nations are suffering population declines, both nations are attempting to integrate large numbers of diverse and divergent groups, more so than ever before in their respective histories, and the reason for this is because both Nations understand that the world is changing, and as a result of this change one of the cases is going to be the modification of the so-called nation-state concept that was promoted during the 19th century. Just like with the emergence of new forms of fighting from individual, separate Styles such as boxing, wrestling, and Judo, one now has mixed martial arts, so this same process appears to be happening with nations. Instead of nations being made up largely of individual ethnic identities, the emergence is of a sort of Brazilianization of the world, where ethnicities are mixed because people’s are mixed. However, times change but the nature of man does not. The same problems persist not just because of a particular ethnic or tribal group in a place, but because of needs. , as long as Russia remains a very powerful nation whose territory stretches from Europe all the way to the border of Alaska, and down to the Central Asian regions of influence something which exists political reasons as well as historical Ones based on her survival needs, Russia will have the problems that she has similar to the US, which acts in a similar way for similar reasons.

In other words, village man is not going anywhere, and neither is Florida man going to go anywhere, except both to the county jail. Likewise, the cultural shifts and trends taking place in these nations do not necessarily change internal policies or cultural beliefs, and until other circumstances change, most likely what was before will continue to be so in the future, just with difference faces but the same result.