You are here: Home › Prepare For The Third Wave Of COVID 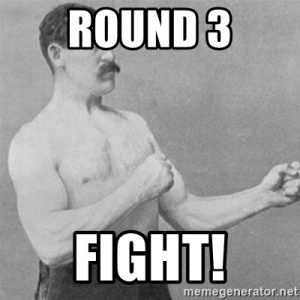 There have been sources alluding that COVID would not end until about 2027. While this cannot be definitively proven, it is interesting, since Shoebat.com has pointed out that there are consistent overlaps in military documents and policy documents expressing concern about the year 2027. Conspiracies aside, knowing that pandemics tend to precede major wars, that nationalism is rising, and major military powers are remilitarizing, it should be a cause of concern for all.

Likewise, this statement becomes more interesting when one notes that now there is talk about a third COVID-related lockdown in Europe, as CNN reports.

Europe has missed its chance to stop the third wave of the coronavirus epidemic before it got out of control. Now it’s paying a high price for it, with new lockdowns being imposed across the continent.

On Thursday night, France announced new restrictions on 16 regions, including Paris and Nice, though President Emmanuel Macron has refused to reimpose a national lockdown as cases soar.

On Monday, large parts of Italy including the cities of Rome and Milan once again entered a strict lockdown, while in Spain, all regions except for Madrid have decided to restrict travel over the upcoming Easter holidays. The German capital of Berlin has halted the planned easing of its lockdown too, quoting a rising number of Covid-19 cases.

Critics say the new restrictions have come too late and that Europe’s current problems can be traced back to politicians too eager to start easing.

“The second wave did not end, the lockdown was interrupted too soon, to let people go shopping for Christmas,” French epidemiologist Catherine Hill told CNN. She said infection levels remained at a high level. “Recently admission in intensive care units have [been increasing] regularly, and the situation is now critical in several parts of the country, including greater Paris.”

A more contagious variant of the virus, known as B.1.1.7, seems to be the common culprit behind the chaos. New preliminary data published in the British Medical Journal suggest that the strain, first detected last year in the United Kingdom, may also be more deadly.

Alessandro Grimaldi, the director of infectious diseases at Salvatore Hospital in the Italian town of L’Aquila, told CNN the new more contagious variant had “changed the game,” adding that “inevitably, the measures taken to prevent the infection have to become more drastic.”

World Health Organization warned about this nearly two months ago, when it became clear the UK variant was circulating in most of Europe. “Once it becomes dominant, it may impact the epidemic curve overall and lead to the need for a more restrictive approach to the public health and social measures that need to be in place, so that rates of transmission can decrease,” WHO’s Senior Emergency Officer for Europe, Catherine Smallwood, said at the time.

That has now happened. Germany’s center for disease control announced on March 10 that the UK variant had become the dominant strain in Germany. The new variant is also responsible for the majority of new cases in France and Italy, according to health officials there. In Spain, B.1.1.7 is now the dominant strain in nine of the country’s 19 regions. (source)

More COVID lockdowns means more economic problems, and especially for the economic center of the Eurozone, which is Germany, and as we and others have noted, as goes Germany, so also goes the future of Europe.

These are very interesting times to live in.

Not A Surprise- New Study Suggests Evangelical Equivocation Of Religion And Politics Is Destroying Religion
When Creepy Uncle Joe Is Not Sniffing Kids, He’s Stuffing Them Into ‘Miserable’ Conditions And Barring People From Showing The Photos
Follow