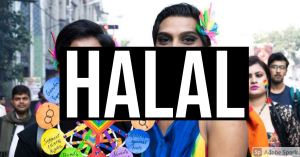 Shoebat.com has been one of the few sites that not just criticize Islam on points that are politically acceptable, but on those which also are not, and this is because unlike far too many groups and individuals, which we have discussed are quick to criticize Islam for political gain but refuse to point out the same flaws they possess on the same issues, our position is based on principle in opposition to Islam because we are pro-Christian, which necessitates the former. It also means discussing difficult or socially undesirable issues.

One of these issues is the LGBT, for not only have we discussed it, but noted that Islam is and always has been pro-Sodom, with the difference between the current push is that Islamic law favors the “T”, just not the LGB. This is where the tension comes from, but it is wholly based on Islamic sacred scripture and tradition, as Walid has explained.

Thus, it is not a surprise to us that Pakistan is now opening Islamic schools for ‘transgenders’.

A long white shawl on her head, Rani Khan gives daily Koran lessons at Pakistan’s first transgender-only madrasa, or Islamic religious school, which she set up herself using her life savings.

The madrasa is an important milestone for the LGBTQ community in the overwhelmingly fundamental Muslim country, where transgender people face ostracism, even though there is no official restriction on them attending religious schools or praying at mosques.

She says the school has not received aid from the government, although some officials promised to help students find jobs.

Along with some donations, Khan is teaching her students how to sew and embroider, in hopes of raising funds for the school by selling clothing.

Pakistan’s parliament recognised the third gender in 2018, giving such individuals fundamental rights such as the ability to vote and choose their gender on official documents.

Nonetheless, transgender people remain on the margins in the country, and often have to resort to begging, dancing and prostitution to make a living.

“I’m hopeful that if you replicate this model in other cities, things will improve,” he said. (source)

It will be an interesting trend to see if more talk about Islam and the LGBT continue as a trend. Some may hail this as a new ‘development’, but in reality it is not. It is just the continuation of something that has always been with Islam, for just because at teaching is ignored or not cared about, or even forgotten, does not discount its existence. Considering how Islam has risen in the western world, but also the LGBT, it will be interesting to see the acceptance or growth of sodom among this bloc and how it interacts with Christians, because while there have been many efforts to force a merging between Christianity and Sodom, it is ultimately impossible because Christian teaching is and always has been so directly clear on the matter. Even the Vatican, which has a massive problem with homosexuality among the clerical ranks and is, without exaggeration, representative of a high concentration of such persons in Rome specifically, must admit that Catholic teaching cannot morally change on this issue and it remains just as wrong as it always has been.

While one cannot say that things are at this point yet, as it would have a long ways to go, it would be very interesting if one day Muslims were lauded as not just pro-LGBT, but even more ‘patriotic’ than Christians, classified as Muslims once were for political reasons, but worse, as the animosity would be fueled by the theological rejection of the Faith after having been Christian-influenced for so long.

Will Turkey Go To The Slaughterhouse Amid Potential Capital Controls?
Major Decision As NLRB Rules Against Amazon
Follow