You are here: Home › Will Turkey Go To The Slaughterhouse Amid Potential Capital Controls? 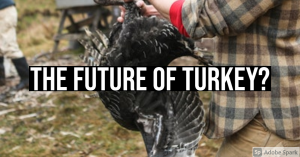 Turkey has been in the midst of an economic crisis for years. While there has bee genuine concern about the buildup of the Turkish military, her expansionism and attempts to revive the Ottoman Dream, and increasingly aggressive posturing in the Caucasus, there is a lot of economic problems that few are discussion. While she has been attempting to transition to the German ‘manufacture and export’ mode, the Turkish Lira has been continuing to fall in value

Ağbal’s sacking came as a shock to investors and observers of Turkey’s economy because no one saw the move coming. His initial appointment last November was cautiously welcomed because it marked a departure from the unorthodox economic thinking that was adamantly opposed to raising interest rates to combat inflation.

However, in this adherence to economic orthodoxy lay the seeds of Ağbal’s departure. Faced with a nearly 15 percent inflation rate, Ağbal raised interest rates by a cumulative 875 basis points since his appointment. Only days before his firing, he increased it by 200 more in a move praised by investors as necessary to protect the Turkish lira from further depreciation.

President Erdogan personally believes that high interest rates are a cause of inflation rather than the inverse which is the view of the majority of economists globally. His neutering of the Central Bank’s independence was designed to limit its capacity to raise rates in line with these views.

Ağbal’s replacement is a little known former member of the ruling Justice & Development Party (AKP) named Sahap Kavcıoğlu. Governors of the Central Bank are usually meant to serve four year terms in their position, but Kavcıoğlu is the fourth Central Bank Governor to assume the role since 2019.

In a research note from the geopolitical risk consultancy Eurasia Group, it was warned that Kavcıoğlu’s appointment was an ominous sign of a more chaotic policymaking process. Eurasia Group contends that this will neither alleviate pain in the Turkish economy or spare Erdogan from his declining popularity.

Shortly after becoming the bank’s Governor, Kavcıoğlu said that he would use every measure possible to curb inflation, but he himself shares Erdoğan’s view on interest rates.

Eurasia Group assessed that Ağbal would inevitably run afoul of the president, but they noted that this conflict came sooner than expected. The consultancy group further posits that “Turkey is now in a worse spot than on November 7…” the day Ağbal was selected to lead the bank.

It is too soon to see how markets have reacted to Ağbal’s firing, but the Turkish lira was already being traded at a rate of 8.3575 to the dollar when markets in Asia began opening on Monday. This represents a depreciation close to 13 percent, well within the range expected by analysts in response to Erdogan’s decision.

Early trading is usually considered thin which can exaggerate impacts. However, few financial institutions are betting that Kavcıoğlu will buck Erdogan and continue the hawkish path set by Ağbal.

Eurasia Group and other analysts predict that the Turkish government will likely intervene heavily in currency markets to prevent large capital outflows from occurring. It has periodically resorted to this tact when the lira was suffering from volatility.

Economic turmoil is coinciding with a tense domestic political background. Only a day after Ağbal was fired by Erdogan, he issued a decree withdrawing Turkey from the Council of Europe’s Istanbul Convention, a treaty designed to combat violence against women. This prompted large protests on Saturday for Turkish women’s rights and statements of disappointment from world leaders including United States President Joe Biden. (source)

The last paragraph is particularly interesting, considering that Turkey, who the US has spent a lot of money investing in for decades and not only is a very strong power but also an unreliably ‘ally’ that could turn against her in the future, is seeing these problems.

There is no proof I can find to substantiate it, but it would not be a surprise if the encouraging of Erdogan’s nationalist tendencies that could destabilize the sensitive situation of the Turkish Lira, were in fact encouraged by the US in order to keep control over Turkey as a geopolitical entity by way of, given Erdogan’s tendencies, using his own Ottoman aspirations to destroy the economy.

This is a critical time in Turkey. Turkey is theoretically strong enough that it is possible she could simply seize control over her central bank, refuse to pay her foreign debts, declare a debt jubilee for all Turkish citizens and businesses, re-issue a new currency, and restart her economy. This is what caused the immediate economic rebirth of both Isabella’s Spain during the 16th century as well as the “economic miracle” of Hitler’s Germany after he took power in 1933. It is not a trick, but the simple acknowledgement of economic realities and application of principle that could be used but rarely are because they jeopardize the web of investments and interests that dominate all societies.

If this was to happen, it most likely would trigger a war against Turkey. Even Germany may not necessarily help her, but then again, it is possible that Germany could do the same- she did it before, and thus could potentially threaten the return of a Turco-Teutonic military union. If this happened, given how the Russians have made clear political overtures toward the Turks and Germans, it may form a new Molotov-Ribbentrop type agreement that would be an absolute nightmare for US interests.

In other words, like with Germany and Europe, the future of the Middle East rests with Turkey, and what she decides to do, some of which is beyond the range of anyone’s direct control. However, there are still weapons that can be used to strongly influence policy, and given how the US controls the world’s printing press and does not want to give that up, it makes sense that she may be involved, although yet to be defintively proven, in this situation.

It will be interesting to watch what Erdogan does. Will he impose capital controls amid what will be rising priced due to what could become currency devaluation and the loss of savings, potentially transforming parts of Turkey into a Middle Eastern Venezuela? Will Turkey try the above path followed by Spain and Germany? Will Turkey follow the way of Allende and try to nationalize industrial production but at the cost of currency devaluation? Will Erdogan be able to remain in power?

There is nothing that can be said definitively right now about this situation, other then than it will be interesting to see if the Turkey that Erdogan wants to see rise again like in the past can, amid this crisis, continue her metamorphosis into the Ottoman Empire, or if she will be sent to the slaughterhouse and put into a subway sandwich for the Americans to chow down on.