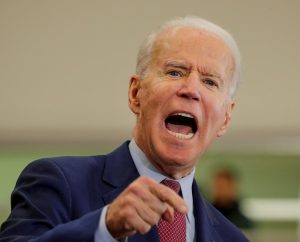 Following the mass shooting by a Muslim man in Colorado, President Biden has said that his praising current legislation in Congress against guns, and is considering possible further executive action.

President Biden on Tuesday lamented the mass shooting at a Boulder, Colo., grocery store that left 10 people dead, saying “another American city has been scarred by gun violence and the resulting trauma.” He called on the Senate to pass two background-check bills already approved by the House and for Congress to reenact an assault-weapons ban.

The victims of the shooting, including a police officer, have been identified. The oldest was 65 and the youngest was 20. It was the second mass shooting in less than a week, after eight people were killed by a lone gunman at Atlanta-area spas.

Police identified Monday’s 21-year-old rifle-wielding suspect as Ahmad Al Aliwi Alissa, who was shot in the leg as he carried out the attack and remained in the hospital on Tuesday morning. He was charged with 10 counts of murder in the first degree, though officials offered no details on a suspected motive. (source)

Colorado Shooter Named As Ahmad Al-Issa
Colorado Shooter Threatened To Murder Classmates, Called Him “Short-Tempered”, “Violent”, “Scary To Be Around” Muslim Who Talked About Islam And Ranted About ‘Islamophobia’, ‘Racism’ On Social Media
Follow