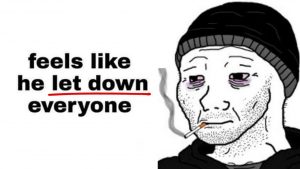 One of the points that I have constantly emphasized at Shoebat.com is that since 2007, the US has been living in a sort of state of suspended animation as while the older generations have been less affected, people under 40 have been almost universally speaking, utterly annihilated in their ability to earn money to provide for their families as with previous generations, leading to a series of ongoing consequences including relationship failures, lack of family formation, lack of home acquisions, the inability to save money, constant indebtedness, and a poor attempt to cover up one’s sufferings under the superficial world of social media. All of these problems are related directl not to simply a refusal to save, but currency devaluation and debt from the government that started a chain reaction which has not been stopped and will not stop until the debt issue is dealt with, which I have warned likely would come for political reasons by the permitting of conditions for hyperinflation.

I don’t like saying these things, and I take no pleasure in being proven ‘right’ when I see them because it means that millions are suffering. I would much rather say that things were great or would have a tendency to make a wonderful recovery so that prosperity even as a shadow of what the Boomers and Gen X enjoyed could return. However, I do not see the conditions for this happening, since prosperity is not something that comes at a macro level by accident, but by process, and the only processes right now that are in place are those, which regardless of the civilization or historical period, all lead to collapse and conflict of some sort.

Unfortunately, Business Insider has taken note of a report that was just recently issued from the Federal Reserve Bank of St. Louis, which found as I have been reporting on Shoebat.com, that the Millennial generation has been economically devastated.

Millennials born in the 1980s are at a greater risk than other age groups of becoming a “lost generation” for wealth accumulation, the St. Louis Fed said in a 2018 report. The financial crisis larger drops in overall wealth than older generations. And as markets rebounded from 2010 to 2016, older millennials still lost ground where other generations saw their wealth bounce back.

“The fact that many families suffered large wealth setbacks during their prime earning and wealth-accumulation years raises the question of whether they will be able to rebuild their wealth to meet major saving goals, including for a home purchase, college tuition for their children and retirement,” Fed researchers said in the 2018 study.

Looking to older generations’ employment ratios over time shows younger Americans struggling to keep up in job attainment. Americans born after 1981 have consistently achieved ratios well below those older cohorts boasted at the same age.

Young men faced larger shortfalls when compared to older counterparts, according to the Fed. Women saw smaller disparities across age groups, though their employment-to-population ratios typically landed below those achieved by men.

This report is another reason that, while noting the conflict between Boomers and Millennials/Zoomers (since while the latter two are not the same group, just like the Boomers to Gen X, they have a shared continuum on which they interact), no matter what one can say about the ‘other’ generations, as there is plenty of criticism to go around on both sides, this is not a time for conflict. All generations need to plainly stop complaining about each other and work as one unit.

Boomers and Gen X need to understand that the world has changed significantly, that Millennials and Zoomers are going to suffer a lot, and that they need to help the younger generations as much as possible, both by assisting the individuals they can in their sphere of influence as well as by encouraging policies that while not necessarily favoring their personal interests, will help set up for a better future for those people coming into power and those yet to come.

Millennials and Zoomers need to understand they will suffer a lot, and what they do with their suffering and how they learn to restructure their lives will not benefit them, but if they have families and pass on, they can build a better future for those yet to come, directly due to the sacrifices they make. They must also resist the attempts from opportunists to seek individual or political revenge on the older generations, but to channel that energy towards the greater, future, common good.

The oldest of the Millennials graduated high school in 2000, and as such, in the years from 2000 to 2007, they witnessed what was promised to them be taken from them as they were the first and hardest immediately hit by the economic crises. They are by comparison experiencing what those the Zoomer generation born from 1995 to 2002 are experiencing for the first time with COVID. Life has significantly changed since 2007 as the world has transitioned to conditions more along those of the late 19th and early 20th century that lead to World War I rather than a sort of optimistic future. For Millennials, it is just round 2 of a beatdown that they have learned to somewhat deal with, but for Zoomers, they were born into difficult times, and this is their first beating. That said it does not matter what has happened, but what one does about it.

As such, watch the trends for political tension using generation and class in order to try and seize or maintain power, and with that, remember that national political solution are most likely going to be unhelpful, because the issues that need to be addressed are not being addressed, and that the best way to make a difference will be to act locally in one’s direct region of influence, which is personal and tied to communities that one lives in, as this is always the basis of all politics.