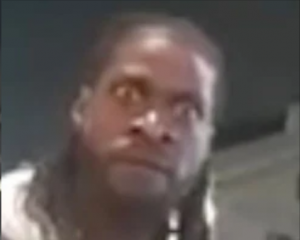 Racism is not limited to any one race. It transcends all races because wherever there are people of a different race, there will be people who do not like the other people because of race differences. It doesn’t make it right, but it is a reality.

Right now, there has been a lot of talk about ‘anti-Asian’ racism by presumably the white bloc. This is rather ironic, because it is well-known that while racism does exist between the groups, it is very minimal, and to the contrary, there is a tremendous amount of admiration by the other for the other. However, the recent media reports would suggest the contrary, in spite of this well-known pattern above.

However, what is being ignored is the anti-Asian racism coming from the black bloc. One particular story of a very egregious nature happened in New York recently, where a black man was caught on tape making a string of highly anti-Asian racist remarks towards an Asian police officer.

An unhinged man was caught on police bodycam video going on a vile, racist rant at an Asian-American NYPD detective during a protest in Manhattan.

The officer, a 16-year veteran of the force, was assigned to a march near the Stonewall Inn on March 11 when a protestor approached him and began spewing anti-Asian slurs, according to sources with knowledge of the incident.

“Suck a dog’s d—k, p—-y. Then cook it and eat it in front of your mother,” the man tells the cop, according to footage of the shocking incident obtained by The Post.

He goes on to tell the officer to have “a goddamn tea party,” before repeating the word “soy sauce” in a mocking accent.

The creep ends his hateful spiel by asking the officer if he was going to put it on the “lunch special.”

Sources said racist verbal attacks on minority cops such as this one have “soared” since last summer, when the city was rocked by protests against racism and police brutality.

The officer targeted in this incident contemplated filing a complaint but reconsidered, believing the harassment may not have risen to the level of a hate crime, according to the sources. (source)

I have one friend who now works in the prison system as a Marshall and has for some time. He is Vietnamese, and (not surprisingly) he, his two brothers, and his sister are all married to whites. This particular individual has many stories about his time when he worked directly with prisoners (he was promoted several times and is in an office role now) and he would regularly have stories about being called, almost exclusively by black prisoners all kinds of names (“Bruce Lee”, “Jackie Chan”, and the openly racist “ching chong” remarks), would have questions or statements made about him (everything from dog eating to questions about Asian women, etc.), and almost none from white prisoners.

I say this not to say “who is more racist”, but to point out that if there really is a racism problem involving anti-Asian sentiments, the consistent evidence suggests that it largely emanates from the black bloc, not the white bloc. However, the emphasis on trying to portray the white bloc as predominately anti-Asian is not only comical, but dangerous because it is inaccurate and is intentionally ignoring facts in favor of the current trends towards increasing tensions between groups and then exploiting those tensions.

Reality must be acknowledged for what it is, good and bad. However, it also cannot be used as a battering ram against people. Racism will always be with the human race until Christ returns, and until that time, it is for people of all races- white, asian, and black, to seek the good will of the other because it is the moral thing to do.

Here We Go: Evanston, IL Becomes First City In The US To Give Reparations To Blacks
Stop Sympathizing With Navalny. He Is A Nazi Operative Being Backed By NATO To Destabilize Russia
Follow