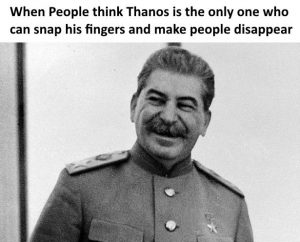 The trend towards a worldwide ‘lockdown’ on the flow of information is a major trend that is happening everwhere. It appears different in the various nations, but the general principle is the same. In China, one can see the ‘social credit system’ being used to control people. In the US, it is the increasingly invasive surveillance in combination with the popular acceptance of a sort of ‘groupthink’ thought process that can and is selectively enforced depending on the political expediency. In Turkey, it is the call to revive Uthman’s dream. In India, it is in the name of the “Hindu state” and “Hindu people” to ‘protect’ their ‘identity’. In continental Europe, it is a resurgence of ‘nationalist’ sentiments leading to a revival of militarism.

In Russia, as I have mentioned before, it is a ‘looking back’ to the Soviet past, and taking inspiration from that, making active attempts to revive the Soviet Union under a new form. I have written extensively about this in the Shoebat archives, as it is a major and important trend for the future to watch.

One of the differences between the US and USSR is their approach, yet both lead to the same end. In Russia, the approach is very direct, while in the Anglosphere, choices are selectively shut off by seemingly indirect means in order to ‘force’ a choice of the desired way. For example, if there are five roads, numbered one through five, and both the US and Russia want to go down road 2, Russia would simply use brute force to close the other roads and say all go down road 2 to now’, and possibly at gunpoint. The US would not say anything, but have a series of selective accidents, “mistakes”, “happenings”, and events that slowly close off all the other roads until 2 is the only one left with no way of choosing the other roads.

One can see the Russian approach happening right now with social media as Pravda reports that the Russian censorship bureau, Roskomnadzor, has ordered that new registrations for social media put down a person’s passport number, residential address, phone number, and email.

Roskomnadzor wants to request addresses when registering on a social network
This information was published by the newspaper “Kommersant”.

It is argued that the user will be able to choose through which system to process personal data – through his own social network platform or through a unified information system. In the second case, you will have to submit the specified data. The latter can be presented to other state bodies in cases determined by law.

At the same time, the data requested through its own social network platform is not specified.

The author of the amendments to the law is United Russia deputy Anton Gorelkin . He explained that it will be necessary to collect consent to the processing of personal data only from new users of the services.

Earlier it was reported that social networks want to force to submit reports on the number of visitors per day. (source)

Pope Orders Vatican Salary Cuts Amid COVID-Related Financial Trouble
Here We Go: Evanston, IL Becomes First City In The US To Give Reparations To Blacks
Follow