You are here: Home › Another Major US City Stops Prosecution For Drugs, Prostitution 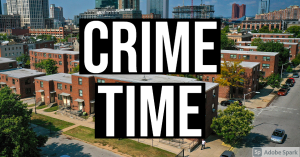 Crime increases are a major trend in the US. Because of the increase in crime, some municipalities have generally stopped prosecuting people for or investigating smaller crimes, such as auto break-ins or small thefts. Now the city of Baltimore, known for her high rates of crime, has announced a similar cessation on prosecution for drug and sex related crimes.

Something happened in Baltimore last year. The coronavirus pandemic hit, and State’s Attorney Marilyn Mosby announced that the city would no longer prosecute drug possession, prostitution, trespassing, and other minor charges, to keep people out of jail and limit the spread of the deadly virus.

And then crime went down in Baltimore. A lot.

While violent crime and homicides skyrocketed in most other big American cities last year, violent crime in Baltimore dropped 20 percent from last March to this month, property crime decreased 36 percent, and there were 13 fewer homicides compared with the previous year. This happened while 39 percent fewer people entered the city’s criminal justice system in the one-year period, and 20 percent fewer people landed in jail after Mosby’s office dismissed more than 1,400 pending cases and tossed out more than 1,400 warrants for nonviolent crimes.

So on Friday, Mosby made her temporary steps permanent. She announced that Baltimore City will continue to decline prosecution of all drug possession, prostitution, minor traffic and misdemeanor cases, and will partner with a local behavioral health service to aggressively reach out to drug users, sex workers, and people in psychiatric crisis to direct them into treatment rather than the back of a patrol car.

“A year ago, we underwent an experiment in Baltimore,” Mosby said in an interview, describing steps she took after consulting with public health and state officials to reduce the public’s exposure to the coronavirus, including not prosecuting nonviolent offenses. “What we learned in that year, and it’s so incredibly exciting, is there’s no public safety value in prosecuting these low-level offenses. These low-level offenses were being, and have been, discriminately enforced against Black and brown people. Prosecutors have to recognize their power to change the criminal justice system.

“The era of ‘tough on crime’ prosecutors is over in Baltimore,” Mosby said. “We have to rebuild the community’s trust in the criminal justice system and that’s what we will do, so we can focus on violent crime.” She said the policy shift will enable more prosecutors to be assigned to homicides and other major cases instead of working in misdemeanor court.

The decision not to prosecute drug and nonviolent misdemeanor crimes was a huge paradigm shift for Baltimore police, Commissioner Michael Harrison said in an interview. Officers who made drug arrests saw prosecutors dismissing the charges at the jail, and so the arrests mainly stopped. Mosby said there were 80 percent fewer arrests for drug possession in Baltimore in the past year.

“The officers told me they did not agree with that paradigm shift,” Harrison said. He said he had to “socialize” both officers and citizens to this new approach. Harrison expected crime to rise. “It did not,” the chief said. “It continued to go down through 2020. As a practitioner, as an academic, I can say there’s a correlation between the fact that we stopped making these arrests and crime did not go up,” though he cautioned that the coronavirus could have had some impact. Mosby noted that the virus did not keep crime from rising in nearly every other big US city last year.

Harrison enthusiastically supported Mosby’s move to sign an agreement with Baltimore Crisis Response Inc., a private nonprofit group that provides services to people with mental health and substance use disorders. With the police, BCRI will launch a 911 alternative dispatch where calls for behavioral health issues are routed to BCRI, which can send a two-person mobile crisis team to a scene or immediately refer people to services. The state’s attorney’s office is also collaborating with three Baltimore groups that offer a variety of services to sex workers.

Social workers are “better suited to deal with these issues,” Harrison said. “For generations, we’ve been asked to be all things to all people. That never should have happened.” (source)

Nike And Famous Rapper Releases “Satan Shoes” With Human Blood In Them, Only 666 Pairs Made
Vegan Eggs And Meat Is An Utter Abomination
Follow