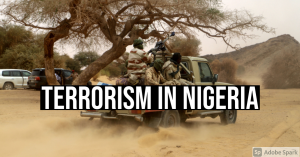 Violence in the Sahel region has been awful for years, and each time, it seems too get worse. In the midst of multiple crises, the Christian Post reports now that one-hundred and thirty people were slaughtered in an attack in Nigeria, including twenty-four children, by Islamic militants.

On the deadliest day in Niger’s recent memory, over 130 people and nearly two dozen children were killed in a series of suspected Islamic extremist raids Sunday afternoon in a region of Africa where jihadi attacks have become more prevalent in recent years.

The attacks happened along the Mail border in southwestern Niger as unidentified insurgents on motorcycles raided three villages and other hamlets in the Tahoua region, according to government sources.

The initial estimate of lives lost released Sunday was about 60. But that count has since been updated to 137 by the government.

The attackers remain unidentified. But violence in West Africa’s Sahel region has increased as Al Qaeda and Islamic State-affiliated militants have carried out countless attacks in recent years, displacing many from their homes.

The latest series of attacks came on the day Niger’s Constitutional Court announced Mohamed Bazoum the winner of a runoff presidential election, according to The New York Times. He will take office on April 2.

An escalation of attacks has occurred since the February election, the Associated Press reported.

At least 22 children between the ages of five and 17 years old died during Sunday’s raids on the villages of Intazayene, Bakorat and Wistane, according to the United Nations International Children’s Emergency Fund.

“It is hard to believe that children in the region should live in permanent fear of such attacks. This doesn’t have to be their reality,” UNICEF regional manager for West and Central Africa, Marie-Pierre Poirier, said in a statement. (source)

Rutgers Becomes First University To Mandate COVID Vaccines For Attendance
Nike And Famous Rapper Releases “Satan Shoes” With Human Blood In Them, Only 666 Pairs Made
Follow