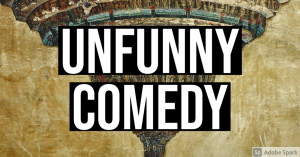 One of the interesting trends that is developing is the emergence of a new censorship where things are being edited out so that, in a sense, history is being rewritten electronically. This is very concerning, as there is so much that could possibly be lost, and where digitization was once a great blessing, it might end up becoming a strange curse that permits for an editing of the past more efficiently so than ever before.

There are several signs of this already. For example, it has been known for years that Amazon has been selectively editing versions of Kindle books with ‘inappropriate’ passages. It has been announced that NBC has been editing episodes of WWE from the past for ‘inapproprite’ content. Now according to the Belgian Standard and French Courrier Internationa, not even Dante is safe from history, as the story is being rewritten to remove Mohammed from hell, but keep the Popes in it for a new Dutch translation

Dante’s Hell has just appeared in Dutch in a new translation. The style has been adapted to be more accessible, especially to young people, and some cuts have been made. Thus the passage in which the Prophet Muhammad appears has been slightly modified “so as not to injure unnecessarily” . This choice arouses controversy, especially since it does not follow a request from the Muslim public.

The starting point is a program broadcast on Saturday March 20 on the Belgian station Radio1. Among the guests, Lies Lavrijsen, literary translator came to present De Hel ( Hell ), a new translation of Dante’s work for the Dutch publishing house Blossom Books.

This poetic text which dates from the 14th century – the first to be written in vulgar Italian – has been adapted to make it more pleasant and accessible, especially to young people. The Belgian translator produced “a magnificent translation of the first part of The Divine Comedy as if Dante were a slammer of the 13th [and 14th centuries]”, indicates Radio1 on her site.

As Lies Lavrijsen describes to listeners, in this account Dante enters Hell, explores its nine concentric circles and meets the many people, including historical figures, who are assigned and tortured there because of their sins more or less. less serious. In the eighth circle, the poet meets the prophet Muhammad, punished “because by spreading his religion he would have sowed discord on the Earth”, reports De Standaard, but this passage was partially cut in the short story. (source)

This is an interesting change, and not just about Mohammed, or even inciting nationalism, although one cannot ignore the effects this will have in that regard. As such, the effect is dual- to build upon the returning tribalism to Europe, while at the same time legitimizing the concept of re-writing history.

If Dante is not safe from the ‘cancel culture’ mobs, what is? History is ‘written by the winners’, and according to the new eugenicists of the time, the human race is on the edge of a ‘massive leap’ in evolution. If one looks at it this way, not only does this speak of a ‘select’ group ‘evolving’ and many others being killed or ‘dying off’, it also means a reinterpretation of how history is understood. As such, the trend of rewriting history is not just about ‘cancelling’ the past because somebody does not like it, but attempting to re-write the definition of man from the ground up, to make it where man is a moldable thing to what those in power want.

Is there any surprise why there is such a fascination with the ‘trans’ movement? It is because the concept of ‘transgenderism’ is that gender is not a fixed thing, nor is sexuality, but rather is a choice. It is taking what God separated intentionally and recombining it against His will, and reinterpreting it to what one want it to be. It naturally must overlap with ‘cancel culture’ and the rewriting of history, because history is a testament against its machinations to reduce the majority of men to flexible play-things for their amusement.

The future, as many have warned, is not so much of a ‘space travel’ one that was dreamed about and promoted by so many, but rather resembles the dystopic warnings of many authors, where human life does not expand, but is reduced and denigrated to the point that living itself may become controlled, and the very events that one lives through may be rewritten to fit the interests of those in power.

Is it a wonder why there would be a need for Christ to return again, assuming it came to a point where people in power could realized such ends as to get near complete control over all with almost no way to stop them?

Vegan Eggs And Meat Is An Utter Abomination
What Did I Tell You? Now Congress Is Talking About A Fourth Stimulus Payment
Follow