You are here: Home › What Did I Tell You? Now Congress Is Talking About A Fourth Stimulus Payment 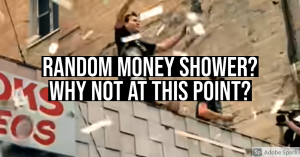 any Americans have been wondering whether there will be a fourth round of stimulus checks, as the federal government continues to distribute the $1,400 provided in President Joe Biden’s American Rescue Plan. So far, 64 congressional lawmakers have pushed for recurring direct payments until the pandemic ends.

In January, two months before Biden signed the latest stimulus package into law, 53 House Democrats pressed Biden and Vice President Kamala Harris for recurring stimulus checks in a letter, where they insisted that “one more check is not enough.”

“It was very encouraging to see the inclusion of direct cash assistance in your current economic rescue plan. However it is clear that during this unprecedented time in our nation’s history that we must take additional unprecedented action,” the group said.

The letter, led by Representative Ilhan Omar of Minnesota, urged the Democratic leaders to continue the checks until the economy recovers with “equal payments to adults and dependents, prioritize those who need it most and will spend it quickest and include older dependents such as disabled and elderly dependents and those over the age of 16 still claimed as dependents.”

“Recurring direct payments until the economy recovers will ensure that people can meet their basic needs, provide racially equitable solutions, and shorten the length of the recession,” the group wrote. “Another one-time round of checks would provide a temporary timeline, but when that money runs out, families will once again struggle to pay for basic necessities.”

Eleven Senate Democrats joined the effort to push for recurring checks earlier this month. The senators asked Biden to deliver the measure in a follow-up relief package in a separate letter to the president after the House initially passed the American Rescue Plan, which only provided $1,400 direct payments. (source)

I told you this would happen.

I’m not bragging. There is nothing to brag about, or to think that it is going to help people. There is absolutely no happiness whatsoever in saying that such a thing will come to pass. But I speak of it such because I warned that it was going to happen because of economic fundamentals.

I have said it many times, to the point of repetitious exhaustion, but I will keep saying it, and that is that the debt is the main issue, and that once the government starts printing money and distributing it in mass, it is not a question of IF or SHOULD they stop, but that they CANNOT stop because if the money printing was to stop, it would destroy the economy by forcing the question of debt solvency. Since the US absolutely cannot pay her debts- and she never intended to -she either must default, disown, or print the money to service her debts. The last is the most destructive socially but politically viable option, and is why governments throughout history do it, and as such, it is the reason why the US is printing money, for that is the only way that these COVID checks are being paid. The money is not coming out of an account, but a laser printer as fast as the printer gears can turn and the ink can flow.

I said this as SOON as I saw Trump give the first round of “stimulus” during his presidency, and that was not so much about Trump, but about national policies followed to their logical conclusion that well pre-dated Trump. Likewise the same can be said about Biden- the printing is not so much Biden’s fault as it is that Biden is the one who has to continue the previously followed plan of action. If Trump was re-elected, the printing still would have happened, or if another person was in charge.

The currency is going to fall in value because of it, and this is going to absolutely destroy people with savings accounts. It will help the stock market and people who own hard assets (gold, silver, land, etc.), because they will rise in value so much as it is necessary to preserve the value of the things they hold. However, the common man is going to be devastated.

Event such as what are happening right now, which are not a ‘main event’ into themselves, are compiling on each other that eventually will become something much more serious and obvious, but at that point it will be too late to do anything. To the contrary, the best thing that one can do right now is not to stop the situation- since it will not be stopped for political reasons -and rather to prepare as one is able to for what is to come.

There is no pleasure in being right in a situation such as this.