You are here: Home › Man Attacks, Kidnaps, Sodomizes, And Shoots Random 12-Year-Old Boy In The Face In Public 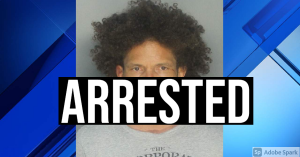 A general increase in crime is a trend that we have noted is going to happen because of the continuing breakdown of society owing to the social, political, and economic problems. Some of this is going to be horrible, yet not unexpected.

According to a story out of Florida, a man attacked, kidnapped, sodomized, and shot in the face a random 12-year-old boy in broad daylight.

Miami-Dade police have announced the arrest of a man in connection with the abduction, assault and shooting of a 12-year-old boy over the weekend.

He was identified Tuesday as 43-year-old Aliex Santiesteban.

Santiesteban faces charges of sexual battery with a deadly weapon/serious injury, kidnapping a child under 13 and attempted murder.

Aliex Santiesteban.
Aliex Santiesteban. (Miami-Dade Corrections & Rehabilitation)
The boy was sexually assaulted and shot. He was temporarily blinded after a bullet struck him in the jaw and went out through the other side of his head, authorities said Monday.

He’s still in a lot of pain as he continues to recover at Jackson Memorial Hospital, with authorities saying he likely has a long recovery ahead.

The boy’s life was likely saved by a good Samaritan, who police called a hero, and doctors say that if the bullet went a millimeter in either direction, he’d be dead.

“The young boy says he couldn’t see at the time. He had lost his sight and he was using his touch trying to find his way around to seek help,” said Det. Alvaro Zabaleta of the Miami-Dade Police Department

A man who says he only goes by Johnny says he found the young boy wandering alone and crying early Saturday morning, blocks away from the Foodland Market on Northwest 37th Avenue and 47th Street in Miami-Dade County. Johnny can be seen on video escorting the boy to the market to get help.

“He was conscious, he fell on the sidewalk and said he had been shot. That was all I know,” Johnny said. “He was screaming, ‘Help someone, help me, please.’ So I [brought] him to the store where they could call the police.”

According to investigators, the child was walking around the Brownsville neighborhood of Northwest Miami-Dade County around 3 a.m. Saturday when he was abducted by Santiesteban, who grabbed him and forced him into the car.

Police say the boy snuck out of his home Friday night to walk to a friend’s place, which is more than two miles away. He even placed pillows atop his bed to trick his parents into thinking he was still there.

The brutal attack happened during his long walk back home.

The victim told investigators he tried to get out of the car, but the attacker had the child locks engaged.

According to Santiesteban’s arrest report, he pulled his car onto a swale at Northwest 45th Street and 31st Avenue, forced the victim into the backseat and raped him. Police said a brief struggle ensued and Santiesteban shot the boy.

The victim told police he heard a loud bang and was pushed out of the car. He was shot in the face, temporarily blinded and used his touch to get around. (source)