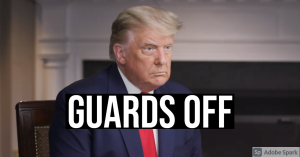 The “non-disclosure agreement” has become a notorious tool by corporations for using the legal system to silence their workers from engaging in whistleblowing and anti-corruption probes. There is a place for such an agreement, but too often they are just blank checks for rampant abuse with a legal covering.

Former President Trump is no exception to this. He has used NDAs for years to silence criticism of his practices, but this became particularly a problem during his 2016 campaign, when many reports of abuse were alleged but nothing could be publicly confirmed out of fear of violating his NDAs. Given the willingness Trump has shown to sue people for minor issues related to himself, the fear for the average man is understandable, especially with the confusing labrynth that is the court and legal system.

However, a change has now happened as a federal judge ruled that Trump campaign NDAs were so broad they are legally void, allowing people who signed them to now speak freely about their experiences.

A federal judge on Tuesday overturned a nondisclosure agreement signed by members of Donald Trump’s presidential campaign in 2016.

US District Judge Paul Gardephe ruled that the language in the agreement, which all members of the 2016 campaign were required to sign, was so vague that it was not enforceable under the law, Politico reported.

Gardephe’s ruling said the provision was “much broader than what the Campaign asserts is necessary to protect its legitimate interests, and therefore is not reasonable.”

The ruling said it was “difficult if not impossible” for campaign employees “to know whether any speech might be covered by one of the broad categories of restricted information” or “whether that speech might relate to one of the several hundred potential subjects of the non-disclosure provision.”

The ruling came in a case brought by Jessica Denson, who was the campaign’s Hispanic outreach director. She argued that the nondisclosure agreement violated her First Amendment rights by preventing her from criticizing Trump “forever,” Insider’s Oma Seddiq reported.

Denson had separately filed a lawsuit against the campaign in 2017 alleging sexual harassment and discrimination. She was ordered to pay $50,000 to the campaign, which had argued that she violated the NDA. She then filed the NDA class-action lawsuit.

A motion for summary judgment in the NDA case filed in July on behalf of Denson and other campaign staffers said the agreement, which has a nondisparagement clause, was “plainly conceived” as a “tool to silence critics of the President, and it has repeatedly been used to that end.”

Denson told Politico she believed that the NDAs, which Trump has long used to silence employees and critics, had stopped many former campaign staffers from speaking out.

“Just the terms of the NDA were wildly restricting and it completely stifled public debate, truthful public debate about the Trump campaign and presidency, so this is a massive victory,” she said.

“NDAs like this are part of the reason why we ended up with a Donald Trump candidacy and presidency in the first place.” (source)

It will be fascinating to see what disclosures are made.

Will ‘Cash For Clunkers’ Come Back, But This Time Be ‘Cash For Firearms’?
Global Warming Is Real, And So Is Polar Ice Cap Melt- It’s Just For Different Reasons, Or, Will Russia Make Her Worst Environmental Disaster Yet?
Follow