You are here: Home › Will ‘Cash For Clunkers’ Come Back, But This Time Be ‘Cash For Firearms’? 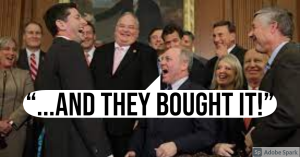 From the moment Biden won the presidency and the Democrats officially took both House and Senate, they have been working diligently to impose their will. To their credit, this is because they actually believe in what they say, which for good or for ill, is more principled than the Republicans, who talk one line but when it comes time to make real progress on an issue, almost always submit to a ‘Democrat-lite’ version of the issue and to the frustration of their base.

Years ago, I was talking to a firearms dealer and he told me that while he was not a Democrat, he loved Democrat politicians because they always drive gun sales. Upon more conversation, I eventually asked him if he thought a firearms ban would come. He said that he believed it was possible, but it would not matter because he would make “a ton of money” selling off his gun supplies before the ban came into effect. He said this statement with excitement, and indifference to the fact that the very weapons that people talk about with such passion, that many a great argument can be made for in that the banning of weapons from a historical viewpoint is a general trend before severe repression from a government against her own people, and with such a self-oriented standpoint, I could not help but ponder at the conversation I had.

That was some years ago, but now, with the prospects of possible real gun bans to a certain extent being revived (such as the Assault Weapons Ban), this conversation seems to be more relevant than ever, but in a modified context. That is, would it be possible, with the prospect of financial gain as a tool of influence, to get Americans to sell out their own gun rights for temporary reasons?

-Americans, and Europeans in general, are known for selling out for money.
This is a sad fact, but it is a historical one, that greed is a weakness of the ‘white man’. This is the reason why usury became popularized in Europe, especially with the waning influence of the Church, why so many betrayals have happened throughout European history, and is a running theme in American history. It was the reason the above gun vendor was so happy to see a gun ban, so that he could have an excuse to drive prices up to make money in the moment, but to be devoid of principle in his ultimate actions. This remains a serious problem and is not new.

-Most Americans are drowning in debt.
This is another obvious statement. Americans have destroyed themselves with debt they cannot pay. This is the same for businesses too. The problem is the debt, and until the debt is disowned, no problems can be fixed.

-Guns are falling out of fashion
There is a lot of popular talk about guns, but on a fundamental level, the actual bloc of interest for gun ownership is heavily distributed towards older generations. I have also written about this before, and it is why the American gun show is about to pass into history, because most people under 40 either are not interested in nor do they have the money to purchase guns. The changing demographics and political interests only add to this trend that has been established for decades.

-Americans don’t care about each other.
When was the last time you talked to your neighbor? When was the last time you knew who lived next to you? America has access to many wonderful things, but the people are as isolated as ever, for ultimately Americans do not really care about their fellow men, and the country is NOT unified at all and has not been since the Second World War. The nation is held together by force with mass communications, mass popular entertainments, and mass transportation, but at the expense of local culture. The result is a centralized society with D.C. acting as a sort of ‘pressure cap’ to keep the nation together (Russia functions similarly, and one might also say China too). Even regionalism is much weaker than it once was, and instead, people are united by things that are individualistic and do not necessarily require their fellow man to participate in.

These above factors all suggest that the interest in guns in America is a matter of fleeting but mutable passions. One might think of the ‘red scare’ of the 1950s, where Communism was a real concern, but it quickly became a decade later that Communism was fashionable. This is not because of “Russian influence” (although it certainly was present), but of the ability of post-WWII American society to be reshaped according to the desire of those in power by changing a few choice elements of influence in culture. Thus ‘gun culture’ may be real, but given the state of society, it could disappear in a flash if pressure at certain points was applied in a strategic way.

Recall just over a decade ago the infamous “cash for clunkers” program. Regardless of what one thinks about it, the purpose was to pay people money to get old vehicles off of the road. It’s effects were very negative, because for a few thousand dollars, old vehicles were taken and destroyed, thus significantly raising the prices of older replacement parts, making it more difficult to repair older cars, and pushing the general public to buy newer, more expensive and controllable vehicles.

I want you to sit back now and picture the following.

Imagine the government established as “cash for guns” program. Think the “cash for clunkers” but much bigger. Imagine if the government was to pay, say $4000 per gun exchanged. It didn’t matter where the guns came from, or if they were legal or not. It wouldn’t matter if they were involved in a crime (although one can say the government would happily check them against her firearms database before any destruction). It wouldn’t matter if a person literally would buy a gun just to turn it in to the program. All that would matter is that the number of guns turned in would be multiplied by the above exchange rate, and that is how much money people would get.

Or, perhaps they might say that the government would “forgive” a certain amount of student loan debt per gun. Or perhaps write down the interest on certain debts. One can pick the means, but know that the government has an unlimited wallet by which to pay for anything because she will just print the money from nothing.

What would stand? Adherence to principles of the Second Amendment, self-defense, and the hope of a future against a tyrannical government, or a big fat check of printed money from Uncle Sam courtesy of Mr. Federal Reserve bank?

You can make your own opinion, but I will go with the latter every time, and not because I support it, but because that is how Americans function. The weakness for greed combined with mass indebtedness, a lack of care for one’s neighbor, and the mutable nature of society in combination with the endless bank account possessed by the government means she could easily name any price at which to purchase firearms and for which most people would sell, and most likely at a very low price comparatively.

The purpose of this would be the same as the “cash for clunkers” program, to get firearms out of public circulation, to get access to them to be much more difficult, and to prevent the acquisition of new firearms, especially if gun laws were passed before this happened. In other words, pass the laws first, then do a “cash for firearms” program, no questions asked.

The idea that the government is going to ‘bust down’ people’s doors, while possible, seems to be something rather of fantasy. Americans love fantasies, especially on the political right, as people arguably try to seek out meaning to their lives by imagining themselves doing something ‘brave’ when in reality, they would settle for far less with far worse conditions if it meant giving them even a vain flash of hope to their lives. Besides, a violent ‘seizure’ of guns without the right public support could pose a real threat to the continuity of government, and the US is a master of ensuring her own continuity. It is almost insane to think that she would do something so blatant, so obvious, so malicious, unless such an action would produce a result that would be more beneficial than any of the negative blowback that would come from it. One can see this with the “capitol riots” incident in January 2021, which not only has so many questions surrounding how it was allowed to happen, but that it has been used as a rallying point for many left-wing political causes and also to intensify sentiments on the political right as a continuation of a strategy of tension.

Why take away guns from people by force when you can print basically Monopoly money to pay them with, and the people will like the money and possibly clamor for their checks? This is a far cheaper strategy than the fantasies that so many have of ‘house to house seizures’, is a lot more effective long-term, costs nothing except the ink and paper for the money, and will result in the loss of firearms rights and a rise in centralized power for the long-term.

Americans are their own worst enemy in this regard. They will speak a lot of strong words, and they will make a public scene, but when it comes time to put principle to action, they will mostly collapse and submit and the prospect of easy money in exchange for their rights and the future of the nation, and those in power will be happy to print as much money as would be necessary to help them do this. The people have done it before, and they will do it again, and it is not as though they will save the money, or try to make a wiser investment, but in typical fashion, will spend it on junk and place themselves right back into debt, except this time without any means to protect themselves, having handed their means of protection and rights over to their abusers for temporary gratification but for their permanent loss, as once rights are given away, they seldom ever come back by peaceful means.