You are here: Home › Remains Of Christian Missionary Captured By Islamic Terrorists Found In Mali 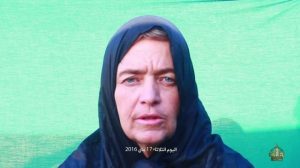 The remains of a Christian missionary who was captured by Islamic terrorists in 2016 and disappeared in Mali have been found according to a report from the Christian Post.

The body of Beatrice Stockli, an evangelical missionary from Switzerland who was held captive by Islamist extremists in Mali since January 2016, has been found and identified, Mali’s foreign ministry has said.

Stockli’s body was given to Malian authorities by the International Committee of the Red Cross, and a DNA test confirmed that it’s of the Christian woman, who had been kidnapped from Mali’s Timbuktu city by the jihadist group Jama’at Nusrat Al-Islam wa’l-Muslimin, The Washington Times reported.

“Sadly, we now have definitive evidence that the woman who was held hostage is dead,” Swiss Federal Councillor Ignazio Cassis said in a statement by the Swiss Federal Department of Foreign Affairs.

“But I am also relieved that we can return the woman’s remains to her family and I would like to pass on my deepest condolences to them. I also wish to thank the Malian authorities for their assistance in helping to identify the body,” Cassis added.

Last October, the Swiss department announced that Stockli had reportedly been killed. The information came from French hostage Sophie Pétronin, a 75-year-old French charity worker who was abducted by jihadists in December 2016 and released in 2020, BBC reported at the time.

Pétronin, who converted to Islam during her captivity, reported that the missionary was reportedly shot dead about a month earlier for refusing to take part in another move with her kidnappers in the Sahara. Pétronin said they moved around regularly to keep Malian and French soldiers from tracking them down. She said Stockli was dragged outdoors one night during her protest and she then heard a shot go off.

Stockli started working as a missionary in Timbuktu city for a Swiss church in 2000 but soon branched off on her own, World Watch Monitor said earlier. A local church leader in Mali said she led an austere life in Abaradjou area, where she sold flowers and gave out Christian material. She was known to be sociable, especially with women and children, but the area was also popular with jihadist groups.

In 2012, she was kidnapped by Islamists but released 10 days later after mediation led by neighboring Burkina Faso. She left Mali after her mother and brother pleaded with her but soon returned even though the Swiss government had warned her against it. (source)

US Military Builds Up Air Force Presence In Alaska
If True And In Large Number, Then Saudi Arabia May Need To Prepare To Be Kebobed By Her Ottoman Neighbor
Follow