You are here: Home › Prince Philip Is Dead 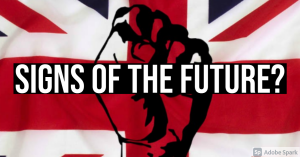 According to international news sources, Prince Philip of the British Royal Family is dead.

The House of Windsor has lost its patriarch.

Prince Philip, the Greece-born royal who as the husband of Queen Elizabeth II was the longest-serving consort to a British sovereign, died Friday. He was 99.

“His Royal Highness passed away peacefully this morning at Windsor Castle,” the royal family announced. “Further announcements will be made in due course. The Royal Family join with people around the world in mourning his loss.”

After the announcement, flags were lowered to half-staff, and the BBC News channel played “God Save the Queen.”

The Duke of Edinburgh’s death came 12 days before Queen Elizabeth’s 95th birthday on April 21, two months before what would have been Philip’s 100th birthday on June 10 and on the 16th anniversary of the marriage of Prince Charles and Camilla. Under a long-standing plan known as “Operation Forth Bridge,” his death ushers in a period of national mourning.

The royal family webpage was replaced with a tribute page in black in memory of the prince, who was married to Elizabeth for nearly 74 years. (source)

It is sad that he died. However, all men die, and the concern is that it is not just about his death, but the impending death of the Queen.

The Queen is really old. She is practically at the end of her life. Some have wondered if she is already dead and a body double is in her place. Whatever the case, it does not matter, because as long as she is recognized as being alive, she represents, in her living person, the connection to the British Empire of the past with the future. She is more than just a person, but a symbol of history, stability, continuity, and elite respect. In fact, one could say that she is a ‘glue’ that keeps the British Commonwealth together.

Prince Philip is not as powerful as the Queen. However, his age and position represent something that is similar to the Queen. He was also a part of that royal past, and that is now passing into history.

Right now the future of the Monarchy is in grave jeopardy. Given the many changes that have taken place during the 20th century, there is a chance that the monarchy, which survived barely the First and Second World Wars, may end, and possibly end up the same as what happened to the French royal family. Hopefully this is not the case, and that they might go quietly if they are to be deposed, but no matter what happens, if the Royal family is removed from power by whatever means, it will signal the end of an era for the UK, and it will also likely mean a tremendous amount of conflict between the former nations of the Commonwealth as well as within Albion herself.

What does it mean to be English anymore? Scottish? Welsh? A Londoner? These are serious questions of identity that people are asking themselves. Many of these people are not necessarily inclined or desiring to hate people whose family came from India, Pakistan, the nations of Africa, or other places around the world. But unlike America, a nation of immigrants who has always received immigrants from all around the world and thus can more easily define herself in terms of such fluidity- something that can be said, albeit in a modified way with the nations of Central and South America -the UK and nations of Europe have a different sense of tribalism and identity that represents more the other nations of the Old World. These boundaries are harder, less friendly, more closed, and more inclined to discrimination against those perceived as outsiders.

What will happen if the Monarchy is removed, and thus the connection it holds to history, identity, and sense of place in the world? For all of the evils that one may point at the monarchy and speak of with good reason, the monarchy, willingly or not, is a source of accountability as well as it is a buffer between the different groups, for while “England may be for the English”, as some say, she also can provide a space for all the diverse peoples under the influence of the British Empire. But if that glue is removed, there is no more boundary to prevent the more radical elements on any side from attempting to seize power, and lacking any cushion, it can pit “tribe against tribe” in a cycle nearly guaranteed to cause violence. It could be gangs made of not just Arabs, Pakistanis, Indians, and Turks, but Englishmen, Welshmen, and Scotsmen, for each other and against each other, fighting for power and influence. When one adds to this legitimate frustrations with the pervasive influence of criminal gangs, many of Pakistani, Indian, or Arab origins, alongside the ultranationalist and eugenic tendencies found among many Englishmen for centuries plus the feeling that many have that ‘their country is being taken over by foreign invaders’, it provides a justification for heinous violence.

None of this is good. This is not a struggle between Islam and Christianity, or for moral right, but moreso between groups of thugs who want to abuse each other and in the worst ways.

It is not to say that these things will pass. It is rather to warn that the monarchy itself is in jeopardy as the old members die off, and that conditions in the UK will be a major trend to watch as there could be a silent revolution that happens by breaking with the past and in doing so, creating the conditions for social chaos in the not distant future.

Will The US Send Warships To The Black Sea?
Hindu Terrorists Accused Of Harassing Catholics Nuns Let Free On Bail
Follow