You are here: Home › Will There Eventually Be A Racially Biased System Of Taxation In The US? 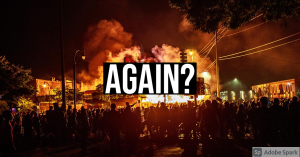 There is a lot of talk right now about race, and far from the vision of Martin King, where men would be judged on the content of their character and not the color of their skin, far too many of said people’s descendants are for all practical purpose asking for a reversal. Indeed, the revival of the term “POC” as a form or respect is ironic, considering that “colored” was used by many as an insult not even three-quarters of a century ago.

Now according the New York Sun, there is discussion among some about a potential “race” category for IRS taxation review, that in the name of “justice”, some people would be taxed more on the basis of race.

“Prediction: By tax year 2024, Americans will be asked to indicate their race on the Form 1040,” tweeted Scott Greenberg, a former analyst at the Tax Foundation who now writes about tax policy in a Substack newsletter called “No Withholding.”

Greenberg was reacting to a tax-policy reporter for the Wall Street Journal, Richard Rubin, who had flagged the news that the Biden administration had put the Treasury department’s top tax-policy official on an “equitable data working group.”

According to the Biden executive order, “Many Federal datasets are not disaggregated by race, ethnicity, gender, disability, income, veteran status, or other key demographic variables. This lack of data has cascading effects and impedes efforts to measure and advance equity. A first step to promoting equity in Government action is to gather the data necessary to inform that effort.”

The Census provides plenty of race-based income and poverty data, but the IRS has not done so. That surprises even some savvy observers. Kai Ryssdal, of the public radio show “Marketplace,” devoted a recent segment to an interview with Dorothy Brown. A law professor at Emory, Ms. Brown is the author of “The Whiteness of Wealth: How the Tax System Impoverishes Black Americans — And How We Can Fix It.”

Mr. Ryssdal stopped her: “That to me, when I read it, was mind boggling. I need you to say it again.”

Ms. Brown repeated the point: “The IRS does not collect or publish statistics by race.”

As the Biden executive order and Ms. Brown’s book both make clear, though, collecting and reporting the information is merely, as the executive order puts it, “a first step.”

What’s the next step?

Ms. Brown’s book, just out from Crown, has a suggestion: “A reparations credit is the final piece of closing the black-white wealth gap. The reasoning is simple. The overtly racist policies of the past aren’t truly behind us, and not just because the taxpayers held back and victimized by them are still part of our society and members of our families. Our racist tax policies disadvantage black Americans who were born after Jim Crow was legally invalidated, too. Today, black taxpayers are still paying too much …The victims need to be compensated.”

Ms. Brown’s book goes on, “My first choice for race-based reform would be a refundable tax credit … Under this plan, Congress would assign a single fixed credit to all black taxpayers.”

She concedes, “this, or any tax reform designed to compensate black Americans for years of higher taxes, is unlikely to be found constitutional under our current Supreme Court.” (source)

It is an interesting concern, especially if one views the developments today.

For example, in California, Los Angeles County is considering the return of a property based on charges of ‘discrimination’ over a century ago to the descendants of those from whom it was purchased (NOT taken). Some have raised concerns if, perhaps if this concept was to be taken to private property, it could result in eminent domain laws applied to strip people of their properties and give them others in the name of ‘racial justice’.

There are black people in positions of or coming into positions of a professional nature openly expressing hatred of “white people.” Is this not open racism?

These are just a few example, but the reality is that while racism exists on all sides, that among the white bloc seems to be over-reported and even exaggerated many times now, while that among the black and other blocs is ignored or attributed to other causes to render criticism irrelevant.

Racism is racism no matter who does it. It is wrong because of the concept, not social convention. However, it has become now politically fashionable to condemn certain forms of racism while promoting others, and given that such seems to overlap with political strategies of tension, it is possible that the current situation will be allowed to continue until public chaos becomes even worse. Remember that BLM and other well-funded groups were allowed to burn down American cities with practically no opposition while the Capitol protests, which were clearly permitted and the Capitol Police veritably allowed protesters to enter, have been viciously prosecuted. It is not an accident.

If some are willing to go this far, what is not to say that even more old-world style tactics, such as land seizure and outright violence, would not be potentially entertained?