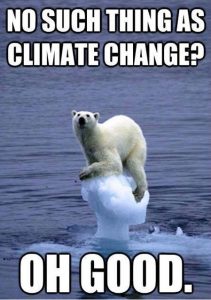 Earlier this April 2021, I wrote a piece about the coming Arctic wars amid the geopolitical struggle between Russia and NATO for control over what could become another major shipping lane. In this piece, I noted that this project, in which many countries are participating, has been driven largely by Russia, as this is both economic as well as of military relevance to her, and given her miserable situation geopolitically, it may represent a potentially final attempt to salvage her global relevance as a major player.

I pointed out that many criticize the concept of “global warming”, and such criticism is warranted- ‘global warming’ as a purely natural phenomena has its roots in malthusianism, and the earth has always warmed and cooled in cycles. But what I pointed out explicitly is that one is not talking about just natural causes, or simple manmade ‘greenhouse gases’, but the intentional melting of the Arctic ice for this project.

This is not some nonsense about sea animals, environmentalism, or accidental consequences. This is talking about the equivalent of governments making use of modern technology to intentionally get rid of the ice as they see it is in their long-term economic and political benefit to do so. After all, how else does one build a shipping lane in the Arctic on ice? Use sled dogs? Of course not- seafare travel is efficient and profitable, but ice cannot be traversed so easily, and so the first step is to crack and melt the ice.

What I pointed out is that the cracking of said ice and its melting is, naturally, going to have many consequences. It is not an accident, for example, that Siberia is having record temperatures, or that there are massive fires there now, or that the stability of entire cities constructed on ice such as Norilsk are at risk of collapse. Yet when it comes to fighting, politics, and profit, long-term vision is often the first thing that goes out the window no matter who the person in charge is.

Now according the UK Guardian, there is talk that at least one-third of all global ice shelves will collapse amid the warming temperature.

More than a third of the vast floating platforms of ice surrounding Antarctica could be at risk of collapsing and releasing “unimaginable amounts” of water into the sea if global temperatures reach 4C above pre-industrial levels, UK scientists say.

Researchers from the University of Reading said that limiting the temperature rise to 2C could halve the area at risk and avoid a drastic rise in sea levels.

The findings, published in the journal Geophysical Research Letters, suggest that 4C warming could leave 34% of the area of all the Antarctic ice shelves – amounting to about half a million square kilometres – at the risk of collapse.

Ice shelves are permanent floating sheets of ice that connect to a landmass; most surround the coasts of Antarctica. (source)

But this is not just speculation. Even the Office of the Director of Intelligence, whose report Ted did a video on recently, pointed out this danger (page 32).

Temperatures are warming at three times the global average in the Arctic largely as a result of feedback loops from melting ice and snow cover. This has caused mass loss from ice sheets and glaciers as well as reductions in sea ice extent.

Climate change and environmental degradation will contribute to and reflect a more contested geopolitical environment. Countries and other actors are likely to compete over food, mineral, water, and energy sources made more accessible, more valuable, or scarcer. Receding Arctic sea ice is opening new sea routes and opportunities to access valuable resources there, including natural gas and oil deposits, rare earth metals, and fish stocks. Russia is building more icebreakers to patrol its northern coastline and project power as an Arctic leader, and even non-coastal states like China and India are seeking to take advantage of shorter trade routes and resources. In addition, China is trying to boost its international image by claiming to be a leader on climate diplomacy despite its growing emissions—already the highest in the world. (source)

The story is the same as old, but just a different theater. However, what will be an interesting trend to watch are the unexpected consequences that may come from this, such as sea level rise and the impact it could have on major urban power centers.

US Intelligence Warns About What To Expect For 2040: Nationalism, War, And America Losing Its Power
Turkey Plans Massive New Canal Through Istanbul As Part Of Her Attempts At Revival
Follow