You are here: Home › Report: Religious Freedom Being Eclipsed By “Rights” Over Gender, Etc. 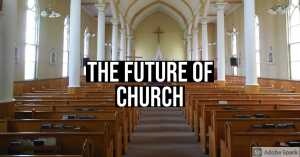 For those who have been involved in the ‘culture war’, it is a known fact that the war is over, and the Christians lost. However, according to a story reported on by the Christian Post, things are at such a point not that religious freedom is being eclipsed in the US by preference over ‘rights’ for gender and homosexuality.

Within 30 years, the [Democratic Party], which had always been a sanctuary for religious minorities and those among persecuted religious groups, went from enacting and pushing the Religious Freedom Restoration Act in 1993 to at least sponsoring legislation [in 2019] that would expressly restrict the application of the Religious Freedom Restoration Act,” the judge said.

“[You] see this in the 2019 Equality Act and No Harm Act, which are both sponsored by Democratic leaders,” he continued. “I think this cultural move toward religious disaffiliation is most pronounced in one of our major national parties, which had always been a sanctuary for persecuted religious minorities. So, I think this, in part, explains why there is maybe less support for religious liberty as a general principle.”

Kacsmaryk also referred to a Gallup Poll from March that showed how religious membership dipped below the majority of the population for the first time in the poll’s recorded history.

There has also been a rise in religious “nones,” or those who do not adhere to any religion.

Another cause of the decrease in national religiosity resulted from the sexual revolution that began in the mid-20th century, the judge contended.

This “affected an evaporation of religious consensus,” he asserted, suggesting that a cultural upheaval led to the effective deregulation of sex.

“When combined, the sociological, theological and theoretical factors generate a culture that is focused on expressive individualism, self-definition and therapeutic affirmation. It combines to create a politics that prioritizes expression over free exercise, prioritizes sex over religion and safe spaces over debate and dialogue,” Kacsmaryk stated. “And finally, in the law, you see a shift in emphasis away from hard rules of damages, case and controversy. … You see this reflected in recent Supreme Court cases.”

The judge argued that traditional Abrahamic religions will become harder to explain to courts and legislatures as these beliefs continue to fall “outside the mainstream.”

Sonne, who established a legal clinic at Stanford to serve individuals with religious freedom concerns, cited various Supreme Court cases in past years involving freedom of religion, including the Little Sisters of the Poor case against the Obamacare contraceptive healthcare mandate.

“Really remembering the human, remembering what this is all about,” Sonne said. “What is religious liberty and religious freedom all about? And it’s different than those substantive questions.” (source)

Given current trends, there is a possibility that in the US, to be a Christian, and not in the distant future, will not just be a hated thing, but something done by choice and which gives little social respect, but most likely detracts from it. Such will also likely mean a revival of and the institution of new forms of persecution that have yet to historically been seen in the US.