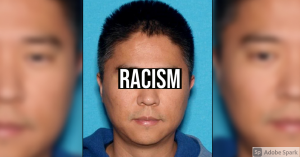 The continual hyperracialization that has continued for decades in the US and used for political manipulation by both parties always as unintended social consequences. These have become particularly noted in recent years with the return of pre-Civil Rights era racial polemics, although with a majority of said polemics and unquestionably violence following it coming from the non-white blocs, and in particular the black bloc, for in the case of the latter, in the name of ‘racism’ and ‘equality’, many have engaged in or supported racialist violence, property destruction, and eugenic behaviors for the perceived furthering of their interests. The situation has been fueled by the complicit attitudes of many social commentators and companies, who have gone so far as to insinuate or even directly blame the white bloc for violence committed by members of the black bloc. This is no clearer than in the current situation with ‘anti-asian’ violence, which has had blame insinuated on the white bloc, when the clear majority of attacks, as shown in court or by other forms of evidence, clearly are members of the black bloc.

Thankfully, it seems that most members of both white and asian blocs seem to understand this to be an exaggeration and grave distortion of reality. However, some people are more susceptible to what arguably may be called propaganda than others, and have become inclined to violence. One case in California demonstrates this, were an asian man of Korean origins attacked and attempted to kidnap another asian woman in a ‘mistake’, for he later admitted his intention was to kidnap and rape a random white woman as ‘revenge’ for ‘racism’.

A Lake Forest man faces a hate crime charge after allegedly kidnapping an Asian woman, believing she was white, with the intent to sexually assault her.

Michael Sangbong Rhee, 37, was arrested Thursday night at his home in Lake Forest. Irvine police say Rhee may have attacked a woman, believing she was white, in retaliation for the rise in hate crimes against Asian people.

Irvine police say an Asian woman was sitting in the driver’s seat of her car near her apartment Thursday afternoon when she looked up to see Rhee standing at the door, holding a handgun.

She told police she did not recognize Rhee, who ordered her to get into the back of her car if she wanted to live.The woman said she offered Rhee her wallet and money, and he replied they would “do that later,” before getting into her car through the passenger side door and pushed her into the backseat, according to police. She struggled with Rhee, who she told police began to grope her, then yelled to a maintenance worker nearby that he had a gun.

Police say Rhee got out of the car and ran through the apartment community, driving away in his own car. Surveillance cameras captured his license plate as he drove away, according to police.

A search of Rhee’s home turned up the vehicle linking him to the assault and a BB gun similar to the weapon described by the woman, Irvine police said.

Detectives believe Rhee — who is Korean — targeted the woman because he thought she was white, based on his own statements, and that the assault was in retaliation for hate crimes that have skyrocketed against Asian people. (source)

It is ironic that such a person has even been able to post bail, considering the mindset he had in planning this attack. Indeed, if the racial situation was reversed, the perpetrator would almost certainly be denied bail, and the story would be blown into a national media sensation.

The trend for racialist violence is not going to end for the foreseeable future. Because of this, and given the destructive nature of said impending situation, it is going to be critical for people of good will to, as much as possible, avoid from partaking in ‘conversation’ about this situation. It is not about running away from conflict, but that unless one is incredibly well-versed in the situation and able to make careful distinctions in the proper context, then even the most well-meaning attempts to say something intelligent can turn into something disastrous.

George Floyd Had A History Of Hysteria While Being Arrested
The New Saint Of The Left-Wing Media, Duante Wright, Choked A Woman And Pointed A Piston On Her Head Demanding That She Give Him $820
Follow