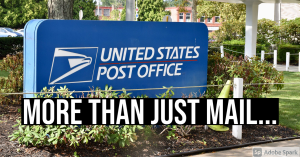 It is known that there are a lot of different surveillance arms within the government, and each one with different points of focus. Many of these are known, but some are not. According to Yahoo! News, a story recently came out that exposed not a hidden agency, but a surveillance program administered by the US Postal Service that spied on, collected, and gathered intelligence on civilian protesters, and then distributed said information to various other law enforcement agencies via the Department of Homeland Security fusion centers.

The law enforcement arm of the U.S. Postal Service has been quietly running a program that tracks and collects Americans’ social media posts, including those about planned protests, according to a document obtained by Yahoo News.

The details of the surveillance effort, known as iCOP, or Internet Covert Operations Program, have not previously been made public. The work involves having analysts trawl through social media sites to look for what the document describes as “inflammatory” postings and then sharing that information across government agencies.

“Analysts with the United States Postal Inspection Service (USPIS) Internet Covert Operations Program (iCOP) monitored significant activity regarding planned protests occurring internationally and domestically on March 20, 2021,” says the March 16 government bulletin, marked as “law enforcement sensitive” and distributed through the Department of Homeland Security’s fusion centers. “Locations and times have been identified for these protests, which are being distributed online across multiple social media platforms, to include right-wing leaning Parler and Telegram accounts.”

A number of groups were expected to gather in cities around the globe on March 20 as part of a World Wide Rally for Freedom and Democracy, to protest everything from lockdown measures to 5G. “Parler users have commented about their intent to use the rallies to engage in violence. Image 3 on the right is a screenshot from Parler indicating two users discussing the event as an opportunity to engage in a ‘fight’ and to ‘do serious damage,’” says the bulletin.

“No intelligence is available to suggest the legitimacy of these threats,” it adds.

The bulletin includes screenshots of posts about the protests from Facebook, Parler, Telegram and other social media sites. Individuals mentioned by name include one alleged Proud Boy and several others whose identifying details were included but whose posts did not appear to contain anything threatening.

“iCOP analysts are currently monitoring these social media channels for any potential threats stemming from the scheduled protests and will disseminate intelligence updates as needed,” the bulletin says.

The government’s monitoring of Americans’ social media is the subject of ongoing debate inside and outside government, particularly in recent months, following a rise in domestic unrest. While posts on platforms such as Facebook and Parler have allowed law enforcement to track down and arrest rioters who assaulted the Capitol on Jan. 6, such data collection has also sparked concerns about the government surveilling peaceful protesters or those engaged in protected First Amendment activities.

When contacted by Yahoo News, civil liberties experts expressed alarm at the post office’s surveillance program. “It’s a mystery,” said University of Chicago law professor Geoffrey Stone, whom President Barack Obama appointed to review the National Security Agency’s bulk data collection in the wake of the Edward Snowden leaks. “I don’t understand why the government would go to the Postal Service for examining the internet for security issues.”

One cannot be sure of why the Post Office has been tasked with this. It may be because it technically is not government, but a private corporation that is fully owned and funded by the government, and is able to therefore do certain things that legally other agencies are forbidden from doing. In addition, since the US Postal Office handles all official government mail by law as well as the majority of packages and other shipments, she is in a prime place to monitor who is receiving what from who and when.

Privacy laws have been for the most part eviscerated in the US, but there are still some protections. The trend for the future is going to be a continual removal of said protections, eventually to the point that it will exist in name but not in practice. Unfortunately, this usage of the Postal Service to perform functions that seem to suggest intelligence gathering under the topic of ‘domestic terrorism’ is but an extension of this trend, and likely not the first one in the past or currently under operation.

It is important to gather intelligence on dangerous movements and groups. However, it is also important not to become the very thing that one wants to oppose, lest one become the monster that one is claiming or attempting to fight.