You are here: Home › The CDC Writes Guidelines For Businesses On How To Reopen During Pandemic. Donald Trump Has The Guidelines Pushed Aside Amidst His “Opening Up America Again” Plan

The CDC has written guidelines for businesses on how to reopen during quarantine, but these were pushed away by the Trump administration amidst the president’s “Opening Up America Again” plan. According to an article from the AP:

The Trump administration shelved a document created by the nation’s top disease investigators with step-by-step advice to local authorities on how and when to reopen restaurants and other public places during the still-raging coronavirus outbreak.

The 17-page report by a Centers for Disease Control and Prevention team, titled “Guidance for Implementing the Opening Up America Again Framework,” was researched and written to help faith leaders, business owners, educators and state and local officials as they begin to reopen.

It was supposed to be published last Friday, but agency scientists were told the guidance “would never see the light of day,” according to a CDC official. The official was not authorized to talk to reporters and spoke to The Associated Press on the condition of anonymity.

The AP obtained a copy from a second federal official who was not authorized to release it. The guidance was described in AP stories last week, prior to the White House decision to shelve it.

The guidelines are reasonable in light of the current pandemic which has killed tens of thousands of people in the US. For example, in the document it reads that if a workplace cannot protect employees from infection then it should not reopen: 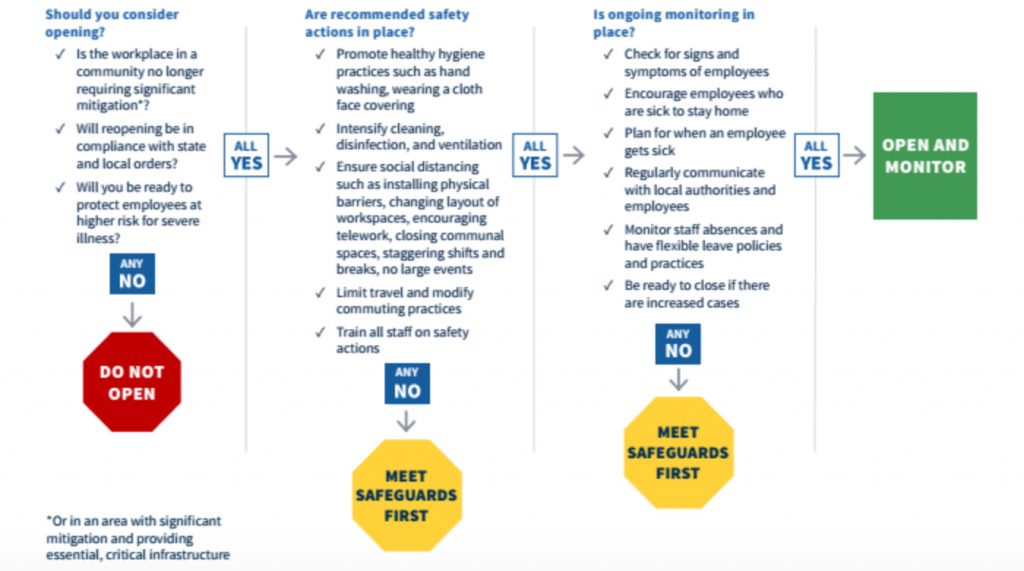 But such rules would conflict with the idea of reopening everything and acting as though life is normal (which is part of the fantasy of the fanatics), so its not really surprising that the Trump administration would want to impede such guidelines.

First It Was Temporary, Now There Are Permanent Factory Closure Due To COVID-19
Farmers Give Away Potatoes By The Bag To Prevent Them From Going Bad
Follow