You are here: Home › If “Coronachan” Was Real, She Would Heartily Thank The Current Protesters 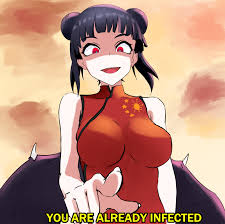 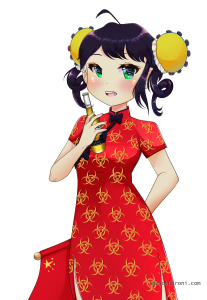 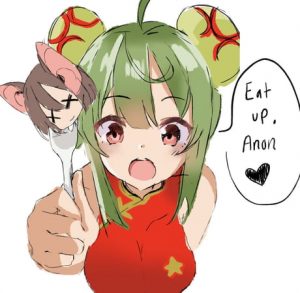 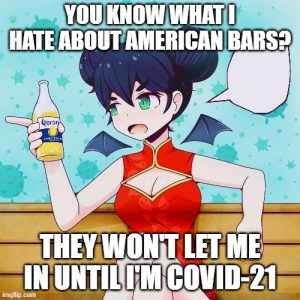 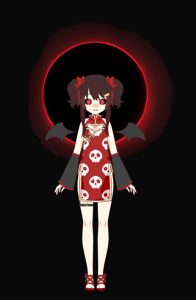 Now thankfully there is no such thing as “Coronachan” in real life. However, if this thing (the woman) was real, she would be very happy right now, and would extend a hearty thanks to the many protesters. The Chicago Tribune notes this, as it declares that the massive protests may have the effect of spreading COVID-19.

The mayor of Atlanta, one of dozens of U.S. cities hit by massive protests, has a message for demonstrators: “If you were out protesting last night, you probably need to go get a COVID test this week.”

As more beaches, churches, mosques, schools and businesses reopened worldwide, civil unrest in the United States over repeated racial injustice is raising fears of new coronavirus outbreaks in a country that has more infections and deaths than anywhere else in the world. And it’s not just in the U.S. — London hosted a large anti-racism protest Sunday that certainly violated government social distancing rules.

Atlanta Mayor Keisha Lance Bottoms warned that “there is still a pandemic in America that’s killing black and brown people at higher numbers.”

“We have two crises that are sandwiched on top of one other,” Minneapolis Mayor Jacob Frey said.

Violent protests over the death of George Floyd by police have shaken the country from Minneapolis to New York, from Atlanta to Los Angeles. Some protests have turned into riots and clashes with police, leaving stores in flames and torched cars in the streets. City officials ordered overnight curfews to quell the violence.

Floyd, a black man, died May 25 in Minneapolis saying “I can’t breathe” after a white police officer pressed a knee into his neck. It was the latest in a series of deaths of black men and women at the hands of police in America.

Health experts fear that silent carriers of the virus could unwittingly infect others at protests where people are packed cheek to jowl, many without masks, many chanting, singing or shouting. The virus is dispersed by microscopic droplets in the air when people cough, sneeze, sing or talk.

“Whether they’re fired up or not, that doesn’t prevent them from getting the virus,” said Bradley Pollock, chairman of the Department of Public Health Sciences at the University of California, Davis.

The U.S. has seen over 1.7 million infections and nearly 104,000 deaths in the pandemic, which has disproportionately affected racial minorities in a nation that does not have universal health care.

Even the many protesters wearing masks are not guaranteed protection. The U.S. Centers for Disease Control and Prevention says cloth masks keep infected people from spreading the virus but are not designed to protect wearers from getting it. (source)

Remember that regardless of the situation, COVID-19 is still a pandemic.

People are still getting sick.

It is still a threat.

What is a protest? It is an event where a lot of people are close together. It is an ideal environment in which to spread COVID-19.

How many people have been wearing masks? The videos of the protests answer that question.

As a trend for the future, one should expect to see a massive spike in COVID-19 cases for this reason.

Pandemics do not care about politics, race, or place. They are just diseases, and diseases go where they go and infect who they may, and if conditions are not followed to prevent the spread of disease, it will continue to spread. While many people have been following safety procedures, the general mass disregard for them in light of the current protests, no matter what the feelings are, have likely just created an ideal environment in which the disease can spread and become even more dangerous.

If there really was a person such as “Coronachan”, she would heartily thank the protesters, for while she may not say what her views are or even if she would protest, she would certainly show up to spread among all sides before moving to the next area.

Trump Declares He Will Designate Antifa As A Terrorist Organization
Report: 70% Of Protesters Are From Out-Of-State Groups
Follow