You are here: Home › Now That Rittenhouse Has Been Found Innocent, People Are Getting Ready For Left-wing Riots

By Shoebat on November 19, 2021 in Featured, General, Highlight 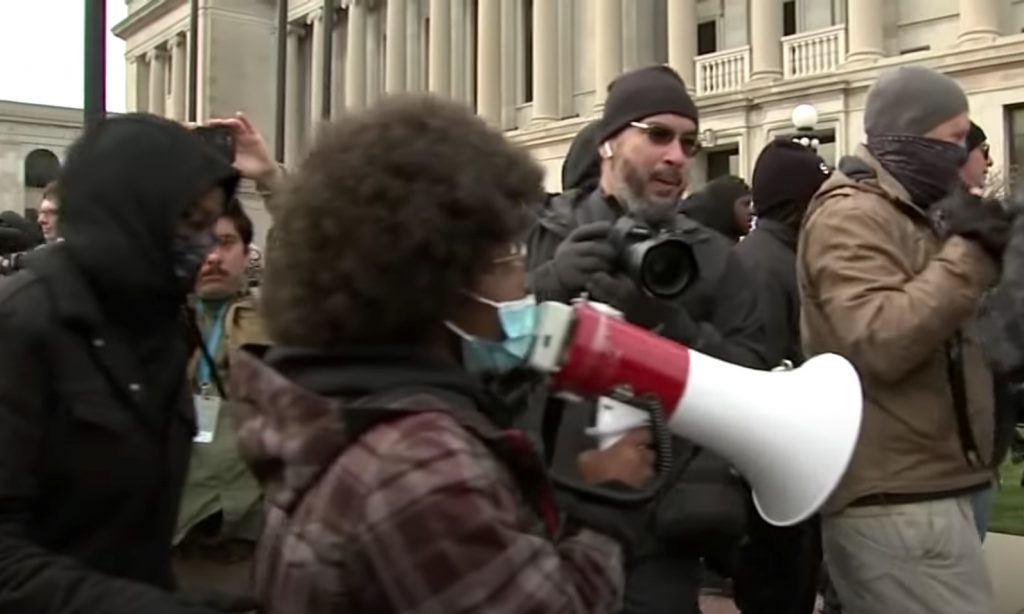 Protestors outside the courthouse in Kenosha where the verdict was made

Rittenhouse was just found innocent, on all counts. Justice has been served. The mob lost this time. But, the mob does not stop for its anger is ever lingering in the atmosphere of rage. It is for the reason of this reality that the National Guard has been standing ready for Left-wing rioting exploding against the Rittenhouse verdict. Just two days ago, the New York Times reported:

Gov. Tony Evers of Wisconsin activated about 500 members of his state’s National Guard ahead of the verdict in Kyle Rittenhouse’s homicide trial in Kenosha. Officials said the troops would be placed on standby outside the city but would be ready to help if requested by local law enforcement.

The riots in Kenosha began with misinformation about the killing of Jacob Blake by police officers. The officers were trying to arrest Blake as a response to a 911 call by a woman who was allegedly raped by Blake and who was now telling police that Blake was at her home. The officers were aware that Blake had an open warrant out for his arrest for sexual assault. According to the New York Post:

Blake, 29, was forbidden from going to the Kenosha home of his alleged victim from the May 3 incident, and police were dispatched Sunday following a 911 call saying he was there.

The responding officers were aware he had an open warrant for felony sexual assault, according to dispatch records and the Kenosha Professional Police Association, which released a statement on the incident on Friday.

The sexual assault charge was dropped in November of 2020, but only because the alleged victim was responsive to prosecutors (which doesn’t it didn’t happen). The reality is that there were many calls to police because of domestic issues, and officer Sheskey, the one who shot and killed Blake, saw Blake putting a child in a vehicle and heard a woman say, “He’s got my kid. He’s got my keys”. Sheskey shot Blake as he was entering the vehicle because he feared that either Blake was going to kidnap the child or he was going to use a knife against him and the other officers. A knife was indeed recovered from the driver-side front floorboard of the car Blake was leaning into when he was shot in the back. This officer was a hero who killed a low life and a scoundrel. What happened to Blake was just like any other body cam police video of an officer killing a suspect who is holding a knife or attempting to use a weapon against cops. Here is a video of Allan George being shot in the back by cops in Colorado who were trying to arrest him on charges of child pornography (George was armed with a pistol and was definitely dangerous):

It is very common for cops to shoot people who are armed with knives. There is a legion of videos:

Since there are so many videos of cops shooting people with knives, what made the Blake story so special? Its because, optics wise, it really does appear that Blake is being shot while just walking into his car. You can’t see the knife, and so the narrative behind the video can be manipulated by media outlets to make it seem that officers just murdered an innocent black man as he was entering his vehicle. But it was quickly understood that Blake had a knife, and yet the disinformation did not stop, and this is what ultimately influenced the riots. What was the purpose of this? And why push the Blake story in the midst of the tensity that was already there because of the George Floyd case? Its almost like they want the chaos.

Kyle Rittenhouse Found NOT GUILTY On ALL COUNTS. The Mob Lost And Justice Has Prevailed
The Fact That So Many Americans Hate Rittenhouse And Sympathize With Those He Shot Reveals One Thing: America Is Becoming A Nation Of Trash
Follow