You are here: Home › China And Japan Are Rivaling For Domination Over Asia 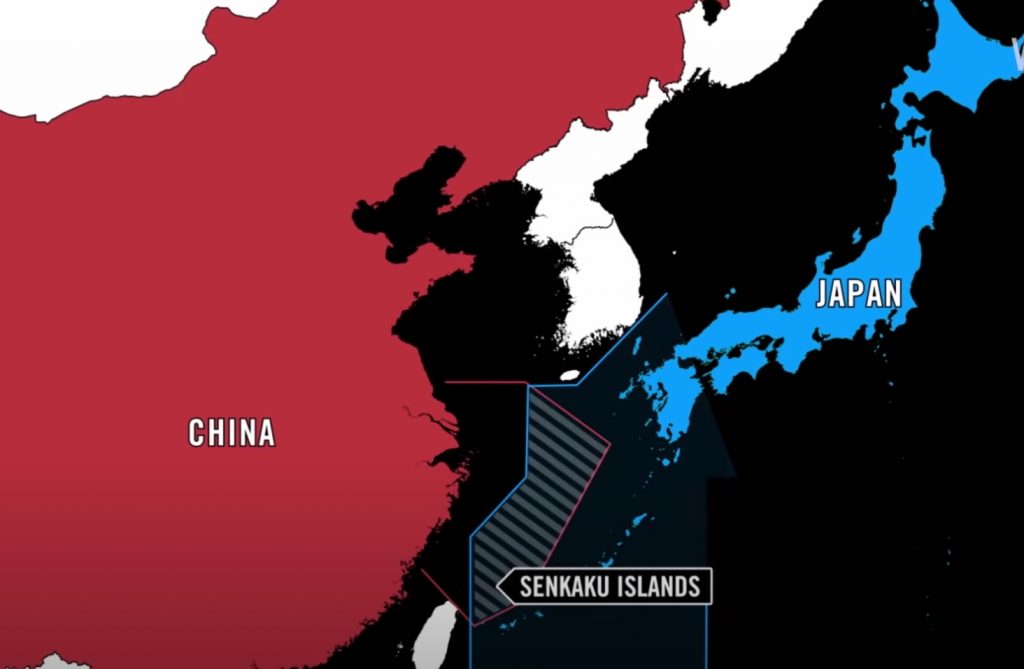 If somebody loans money to you, they rule over you. If a nation loans money to another nation, it is a takeover. Laos is in a tremendous amount of foreign debt — $14.5 billion — and half of this is owed to China. Loans given to Laos by China have been used for major infrastructure projects, such as the new inaugurate $5.9 billion China-Laos railway connecting Vientiane to the Chinese border.Currently, Laos is dealing with one of its worst economic disasters in many years. In June of 2022, Laos’s inflation hit a 22-year high of 23.6%. The price of gas went up 69.4% compared to Jun of 2021, making long lines at gas stations no longer a rare thing. Laos’s currency, the kip, is now 15,000 to the dollar. With such a situation (and with only $1.2 billion in foreign reserves), Laos is on the verge of sovereign bankruptcy.

China’s financial leverage on Laos puts it at odds with the latter’s neighbor, Vietnam, which has been acting as Laos’s security partner. But with China owning so much of Laos’s debt, Vietnam fears being eclipsed and losing Laos to the Chinese. If China were to ever invade Laos, Vietnam would find itself surrounded by China on three sides: South China Sea in the east, China-Vietnam border in the north, and Laos in the west. In other words, keeping Laos in its sphere of influence is essential for Vietnam.  In the words of Khang Vu: “Vietnam has gone to great lengths to ensure that Laos remains under its tutelage in the face of Chinese contestation.” During the Vietnam War, even when both Vietnam and China were communist and had the US as their common enemy, the two countries rivaled over Laos. Not too long after China invaded Vietnam in February of 1979, Vietnam deployed troops to the Laos-China border as a response to the Lao government reporting that China had invaded a small part of its northern border. In the coming years, Hanoi would station over 40,000 soldiers in Laos to protect it from China. So truly the economic and security war is a struggle for control over Laos between China and Vietnam. Vietnam is trying to increase investment and economic ties with Laos: in the first three months of 2022, bilateral trade increased by 19% (compared to the first three months of 2021); Vietnamese businesses in Laos have paid taxes worth more than $1 billion in the past five years. Regardless of all this, Vietnam cannot outbid China.

Vietnam is weak and cannot financially outmaneuver China; but there is an Asian country that can, and that is Japan. Japan is NATO’s biggest weapon against China in Asia. In fact, what is almost never talked about is that Japan is a bigger investor in Southeast Asia than China is. Japan is looked up to as a country of innovation and technological advancement. For example, when China was working on a metro system in Hanoi, there were delays and accidents. In contrast, when Japan was working on forming in a metro system in Ho Chi Minh City (second biggest city in Vietnam), the project went on accident free. When it comes to infrastructure investment in Southeast Asia, Japan has the high ground above China. According to the Economist:

Although China’s financial reach overseas attracts enormous attention, when it comes to infrastructure in South-East Asia, Japan is still very much the leader (see chart). In total, it has $259bn invested in unfinished projects in Indonesia, Malaysia, the Philippines, Thailand and Vietnam, according to Fitch Solutions, a data provider, compared with China’s $157bn.

Japan’s investment can be traced back to 2015 when the government launched” its “Partnership for Quality Infrastructure” plan with the Asian Development Bank and other investors. This project promised to provide public and private capital worth $110bn for infrastructure projects in Southeast Asia over the next five years. This is part of the agenda of Japan leading Asia in a major continental economic partnership. Basically, Japan is competing with China over which country can lead Asia economically; for whoever leads financially, rules. In 2007, Shinzo Abe gave a speech before India’s parliament in which he expressed his vision of further bringing the Asian countries together in an economic community. In December of 2013, Shinzo Abe hosted the Japan-ASEAN summit, just weeks after China declared an Air Defence Identification Zone in the East China Sea. The summit made a joint statement that called for maritime security with freedom of navigation and overflight in Asia. Japan provided a two-year Official Development Assistance (ODA) package worth two trillion yen ($14.5 billion). This package would fund “quality infrastructure”, supply civilian maritime patrol vessels as well as new types of coast guard and naval cooperation with ASEAN partners.  According to Abe, ASEAN leaders agreed that in these ways, “Japan will play an even more proactive role in maintaining regional peace and stability than in the past.” At the 2014 Shangri-La Dialogue, Abe followed up by vowing that, “Japan will offer its utmost support for efforts by ASEAN member countries to ensure the security of the seas and skies and rigorously maintain freedom of navigation and overflight.” Part of Japan’s agenda to boost itself above China in Asia, is to export its weapons. In May of 2022, Nikkei Asia reported:

TOKYO — The Japanese government plans to allow exports of fighter jets, missiles and other arms to 12 countries, including India, Australia as well as some European and Southeast Asian nations, Nikkei has learned. Regulatory changes to allow for the exports could come by next March.

Both Japan and China are competing economically, and ultimately this is about which country is going to lead` Asia. While Japan and China are major trade partners, underneath the veil of diplomacy, there is the dispute over the Senkaku Islands, competition over the South China Sea, and massive denial of WW2 atrocities by Japanese politicians. Matthieu Duchatel described “a central tenet of the Japanese strategy in the South China Sea: maintaining a naval balance of power with China.” Is It is a fight for domination.