You are here: Home › Why The Afghan Military Surrendered So Quickly: Afghan Government Officials Made A Deal With The Taliban That Ensured That Afghan Soldiers Would Surrender Immediately. Plus, Taliban Soldiers Paid Afghan Soldiers To Lay Down Their Arms

By Shoebat on August 21, 2021 in Featured, General, Highlight 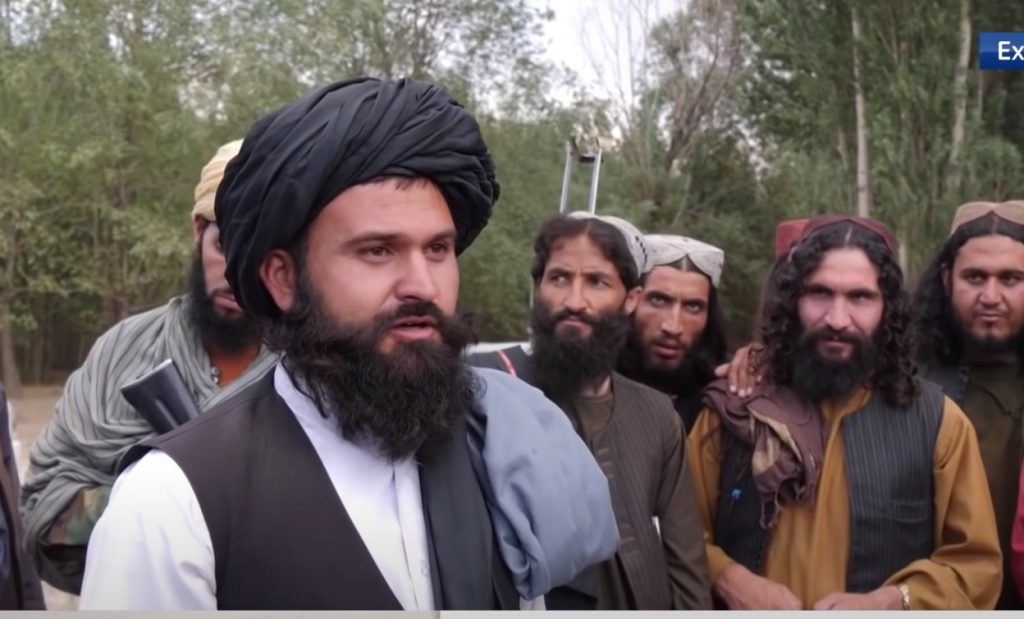 As in any situation involving a country fighting and losing a war, there are different factors involved in the disaster, so we will first inquire into these reasons before detailing the collaboration with the Taliban that led to what we are witnessing today. There was the conspicuous corruption, the lack of competence and then there was a major problem: the absence of faith in the Kabul government. In order for soldiers to be efficient and willing to fight, they have to be adequately paid and supplied, and they need to believe in what they are fighting for. Soldiers who are not being paid sufficiently nor supplied with enough munitions are not going to have faith in the state that has no respect for them. The Taliban on the other hand, while not having nearly the amount of training that the Afghan military had, has one thing that their enemy did not possess: belief, faith, a spiritual system that ascends above any secular ideals. The Taliban fights for something that they have faith in, their god.  Meanwhile Afghan soldiers fought for a state that they could not put their faith in. Carter Malkasian, an observer of the Afghan war, explained the power of faith that energizes Taliban fighters: “It animated the Taliban. It sapped the will of Afghan soldiers and police. When they clashed, Taliban were more willing to kill and be killed than soldiers and police, at least a good number of them”. Afghan troops, on the other hand, cannot believe in a government that does not believe in them. “They don’t have any policy, any good plan,” said Hayatullah Frotan, an Afghan soldier who joined the army at 14. He stated that one of the reasons for the lack of morale was the disdain that Afghan soldiers had towards the government. One of the reasons for this agitation was that the government was not giving benefits to the families of dead soldiers, and that if they did “the personnel morale will become high. And they will fight like lions.”

There was a common infraction that really enraged soldiers, and that was that some generals were stealing the wages of their soldiers. There were also funds that were meant to be for the purchase of rice for the soldiers, stolen by generals. They would simply buy the lowest quality and cheapest rice and then pocket the difference for themselves. Fire wood meant for keeping soldiers warm was also sold for profit. Soldiers have also complained about being deprived of their SIM cards, rendering them unable to call their families.

Other than just pure disdain for generals, there was also the absence or lack of education in military commanders. In one battle with the Taliban six years ago, the Afghan army fired artillery shells at the Taliban and missed their target by a kilometer because the soldiers did not know how to read the maps. Since 2001, almost 60,000 Afghan soldiers and police officers have been killed fighting the Taliban. Such a huge number of dead meant continuous recruitment of new soldiers. These fresh recruits needed to be given training in advanced military skills, which are not easy to learn and need to be done consistently to keep their skills sharp. “It takes a lot of time. It is not a short process,” said Maj. Kevin McCormick. “These skills are perishable. They require continuous training, continuous mastery.” There is also the problem of basic discipline. In one event in 2010, American troops were geared up and equipped for battle, while the Afghan soldiers were half-dressed, had the stench of hashish and were asking for food. The soldiers were also utterly dependent on the US military to back them up (especially air support), and when the Taliban commenced their attacks, and there was no American help, the Afghan soldiers had no idea what to do.

There was also the spreading thin of the Afghan commandos, the most efficient soldiers in the military. There were 22,000 of these elite fighters out of the 300,000 Afghan troops, and while they were very good in warfare, they were forced to be distributed to various territories to back up regular soldiers, as opposed to their intended purpose which was special operations. They were excessively overdone, leaving them to support regular Afghan army units that couldn’t or wouldn’t fight.

So there was lack of discipline, lack of military education, the robbing of wages and munitions, a complete dependence on the US military, the stretching thin of commandos, and thus an overall absence of morale. With such a terrible atmosphere, the Taliban could easily capitalize on the horrid situation, and they did just that. The Taliban, in fact, paid Afghan soldiers not to fight, and their bribes proved to be higher and more reliable than what they were getting from their corrupt military superiors. As we read in NPR:

“When the Taliban started their advancement this year, the Afghan National Army, held together by duct tape and glue, just couldn’t hold. Support from U.S. airstrikes against Taliban units dropped off. One soldier told us that the Taliban also gave payments to Afghan soldiers who refused to fight, providing the most money to the officers.”

Another reality behind these mass surrenders is that they were part of deals made in 2020 between the Taliban and low-ranking officials of the Afghan government. The deals were simply briberies from the Taliban to have Afghan soldiers lay down their arms. According to the Washington Post:

“The spectacular collapse of Afghanistan’s military that allowed Taliban fighters to walk into the Afghan capital Sunday despite 20 years of training and billions of dollars in American aid began with a series of deals brokered in rural villages between the militant group and some of the Afghan government’s lowest-ranking officials.

The deals, initially offered early last year, were often described by Afghan officials as cease-fires, but Taliban leaders were in fact offering money in exchange for government forces to hand over their weapons, according to an Afghan officer and a U.S. official.”

Whats more is that for the next year and a half, these meetings would rapidly take place in districts, and then to provincial capitals, building up to a mass of deals in which government forces agreed to give up their arms in the face of a Taliban attack. This is according to over a dozen Afghan police officers, special forces troops and other troops. Hence why as soon the Taliban would enter a provincial city they would be met with surrender. One special forces officer, speaking on these Afghan officials who took these Taliban bribes, said: “Some just wanted the money”. But he also added that other officials knew that the Taliban were going to unleash a full attack once the Americans withdrew and thus wanted to secure their position on the winning side by establishing a surrender for the terrorists. When the Taliban overran the city of Kunduz, tribal leaders mediated a deal with the Taliban that guaranteed the mass surrender of all the troops in the city and the handing over of the last government-controlled base to the Taliban. The same thing happened in Herat where, in just one night, the governor, the top interior Ministry, intelligence officials and hundreds of troops all surrendered their positions to the Taliban.

Here is another thing that should shock people: the commandos of Afghanistan, who were very willing to fight, were ordered by the Kabul government to drop their arms. As the NPR report states:

“As the Taliban advanced throughout the country during those final weeks, the commandos faced a chilling reality. One commando from the south told us that no one in his unit wanted to surrender. They were there to fight the Taliban. But the Kabul government ordered them to lay down their arms.

“We were no longer safe,” the commando said. “We had to take refuge in our friends’ houses, and now we are hiding.”

Another commando from the Kabul unit shared a similar story. “Yes, everybody hide themselves, and I’m really scared and I have not been outside like three days, four days,” he said.

The Washington Post recounts a story in which a commando was ordered to stand down:

“Don’t fire a single shot,” the unit’s commander told them as the Taliban swarmed the area, the officer later recounted. The border police surrendered immediately, leaving the special forces unit on its own. A second officer confirmed his colleague’s recollection of the events.”

100,000 Afghan Migrants Could Be Heading To The United States
Afghanistan Fell Because Of Afghanistan
Follow