You are here: Home › The Middle East Chaos Just Like We Predicted it

The Middle East Chaos Just Like We Predicted it

By Walid and Theodore Shoebat

Its the Middle East chaos just like we predicted it.

On September 11th, we exposed the culprits and the countries they focused on attacking (U.S, Germany and Great Britain). Today, these embassies are exactly what were attacked in Sudan and elsewhere.

Dar Al-Hekma is that main culprit and these two coordinated and inspired the chaos. 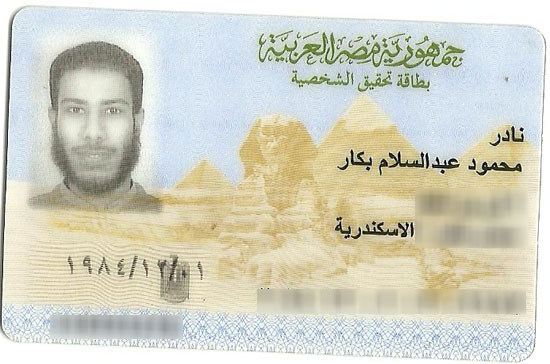 It was Wisam Abdul Waris of Dar Al-Hekma (House of Wisdom) – about whom the Nour Salafist party announced publicly that its call to demonstrate in support of – the call to push for the passage of laws to be placed in the Egyptian Constitution – as well as internationally.

We were the first to translate the design of such plans on September 11th from the Arabic exposing Dar al-Hekma and the Nour Salafist party:

We have moved to review with Mr. Rifai all the legal procedures today by which we created The Voice of Wisdom Coalition (I’itilaf Sawt al-Hekma); it will hold accountable everyone who insults Islam locally and internationally, in accordance with every country’s laws. We all know the problems Yasser Al-Habib had in London and after that in Berlin… in Germany, an extremist group was allowed to publicize cartoons that insult the prophet in front of the Salafist Mosque in Berlin, through a legal decision. So what we did was to ask Sharabi Mahmoud to reject this legal decision on behalf of the Egyptian people who are Muslim; for this reason, we created this coalition. We also made an official request from the Church in Egypt to issue a public announcement, to state it has nothing to do with this deed.

The evidence can be seen on video:

Then these two orchestrated the demonstrations against the U.S. Embassy in Cairo lead by the Nour Salafist party’s Ahmed Khalil and Nadder Bakkar. We translated there publication calling for the demonstrations:

Nour Party announced in a statement on the official facebook page of the party, support for participation in the vigil held in front of the U.S. embassy on the fifth evening (Tuesday) to condemn the film for offending the Prophet (peace be upon him) on American television. The Engineer Jalal, once Secretary-General of the party, said that a number of party leaders are taking part in the vigil, led by Dr. Ahmed Khalil and Nader Bakkar, in addition to members of the party from the various provinces.”

This was sent out one day before the 9/11 anniversary.

Then we also told you that this has nothing to do with the film but imposing Sharia as Dar Al-Hekma stated “locally and internationally” and is why in Egypt it was about bearded officers attempting to legalize beards. Read the article which we wrote on this.

Al-Yawm Al-Sabi’ of Egypt reported today’s Friday demonstrations in Egypt, locally it was about beards and internationally it was the Muhammad film.

But what offended Egyptian officers? Did anyone make a film condemning beards?

It was a demand to invoke Sharia. Period.

“The bearded officers marched from Tahrir Square heading towards Abdeen Palace in condemnation of the film … the participants in the march had many banners including “Head of State is bearded” and “Ministers of State are bearded” and “Why rejects Interior beard”.

Bearded officers shouted the participation of a large number of party members from the light and the front Salafist “Islamic Islamic .. neither of the East nor West” and “the only Apostle says people”.

Walid and Theodore Shoebat
Authors of For God or For Tyranny
Shoebat.com