You are here: Home › Pro-LGBT Activist Wraps Himself In The Gay Flag And Mocks Christ. Christians Rise Up, Take To The Streets And Clash With Police To Protest The LGBT Agenda

By Shoebat on September 18, 2022 in Featured, General, Highlight

Pro-LGBT activists in Serbia want to have their pride rallies, and in the process of this a gay activist in Belgrade wrapped himself in the gay flag mocking Christ: 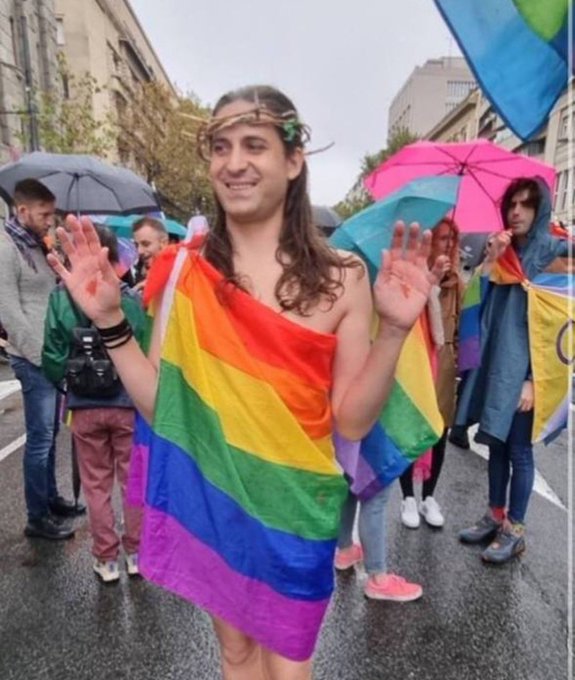 The Guardian headlined a article on the clashes between police and Christian demonstrators with a photo of mocker: 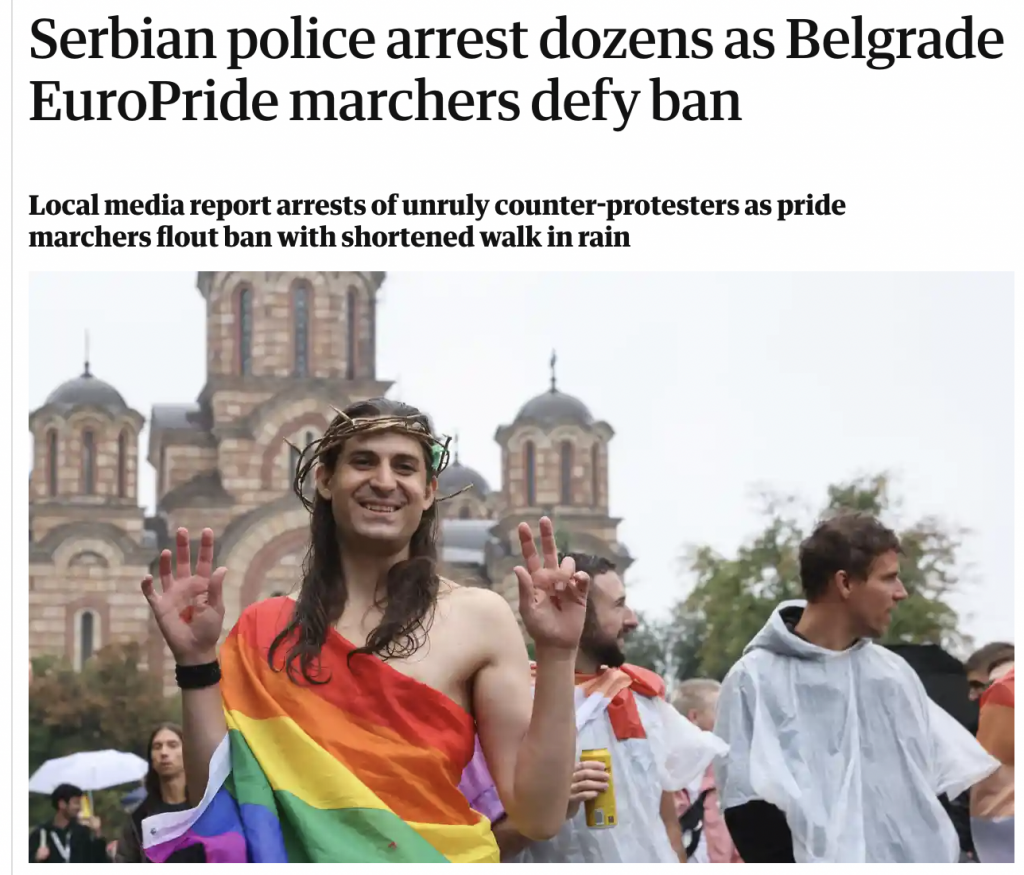 Serbian Christians demonstrated against the LGBT clashed with the police and there is video showing this:

Belgrade: Police and Christians clash at an LGBT parade after a mockery was made of Jesus Christ

It is being reported that police were forced to flee the scene after the devot Christians overpowered them. pic.twitter.com/HO813dTSgN

Police clashed with right-wing protesters on Saturday as several thousand people joined an LGBTQ march in Serbia to mark the end of EuroPride week, an event staged in a different European city each year.

“I am very proud that we managed to avoid more serious incidents,” Brnabic, who herself is Serbia’s first gay prime minister, told reporters.

Following protests by nationalists and religious groups, the government had banned the march last week. But faced with calls by European Union officials and human rights activists, it allowed a shortened route for the march.

Serbian police arrested more than 64 people as thousands of LGBTQI+ activists turned out for Belgrade’s EuroPride march on Saturday, despite a government ban.

The event had been intended as the cornerstone event of the EuroPride gathering. But the interior ministry banned the march earlier this week, citing security concerns after rightwing groups threatened to hold protests.

Although the march took place without serious incident, local media said clashes broke out between counter-demonstrators and police.

The Balkan country’s prime minister, Ana Brnabić – who is openly gay – said 64 people were arrested and 10 police officers injured on Saturday, but underlined that she was “proud” that the day ended with “no major incidents”.