You are here: Home › Major Leaders Of The Catholic Church In Britain Give Out This Warning: ‘Do Not Fall For False Compassion And Support Assisted Suicide’ 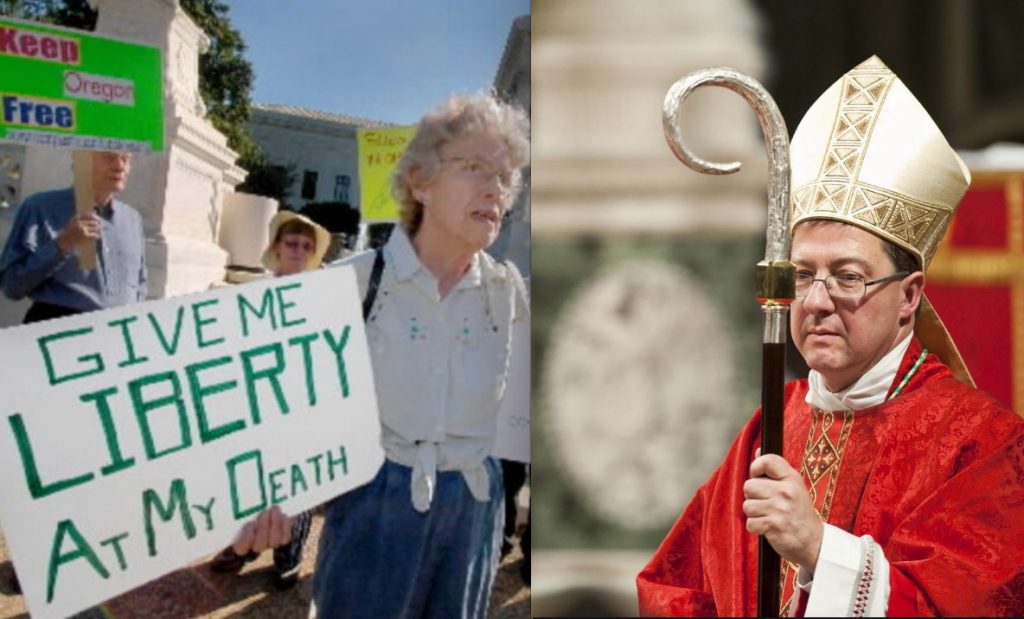 Major leaders of the Catholic Church in the UK are warning against the false compassion of those lobby for assisted suicide, as we read in CNA:

Citing Pope Francis’ warnings against false compassion, the Catholic Bishops of England and Wales’ life issues chairman has criticized a new proposal to legalize assisted suicide. He emphasized the need to care for the suffering, not legalize the means for them to die with the aid of doctors.

“Life is a gift to be valued and cherished until its last breath, through natural death, which opens into the promise of eternal life,” Bishop John Sherrington, Lead Bishop for Life Issues for the Catholic Bishops of England and Wales, said May 25. Legalizing assisted suicide, the bishop continued, would “fundamentally change the relationship between the doctor and the patient, as it would change to it from treatment and care to assisting another’s death.”

“Although this new bill is framed as a compassionate response to those in the last stages of their life, such compassion must be denounced as ‘false compassion’ as Pope Francis reminds us,” said Sherrington, an auxiliary bishop of Westminster. “A ‘true compassion’ he says, is ‘the just response to the immense value of the sick person’. It finds expression in treating the dying person with love, with dignity and by making use of appropriate palliative care.”

“The Catholic Church remains opposed to any form of assisted suicide,” he said. “We reaffirm our support for high quality end-of-life care, which includes spiritual and pastoral support for the one who is dying and their family.”

Sherrington said that a Day for Life will be observed June 20 in England and Wales to “call Catholics to pray for good care of those who are elderly, sick and dying and to oppose such legislation.”

Regardless of the horrendous corruption in the Catholic Church, it is refreshing to see leaders of the Church fighting against the evil of assisted suicide.