You are here: Home › Man In Canada Murders An Entire Muslim Family 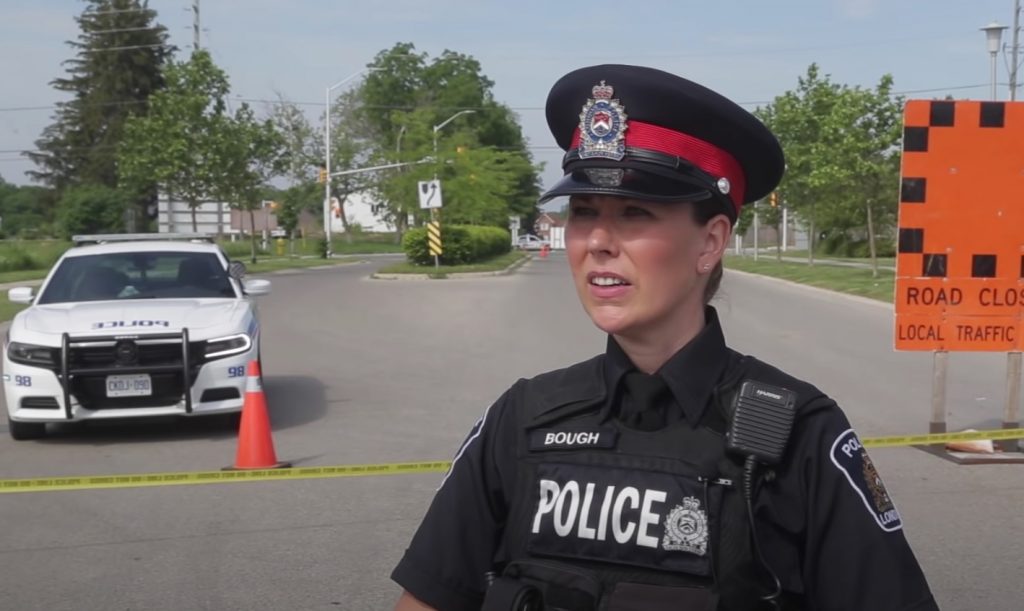 An officer at the site of the crime

A man in Canada was arrested for the murder of a Muslim family, as we read in CBC:

A 20-year-old man was charged Monday with four counts of murder and one count of attempted murder in a hit and run Sunday involving a pickup truck, in what London, Ont., police believe was a targeted attack on a Muslim family of five.

“There is evidence that this was a planned, premeditated act and that the family was targeted because of their Muslim faith,” said Waight.

“This is a devastating loss of four members of our community,” added police Chief Steve Williams at an afternoon news conference.

The vehicle struck the family at 8:40 p.m. ET Sunday as they walked along Hyde Park Road, in northwest London.

Jewish Mob In Israel Cried Out: “Any Arab We See Here Is Dead”
Covid More Than Likely Came From A Lab
Follow