You are here: Home › Major Virus Expert Sends Out This Warning To All Americans: ‘Covid Is Not Going Away Anytime Soon. Get Ready For Another Outbreak.’ 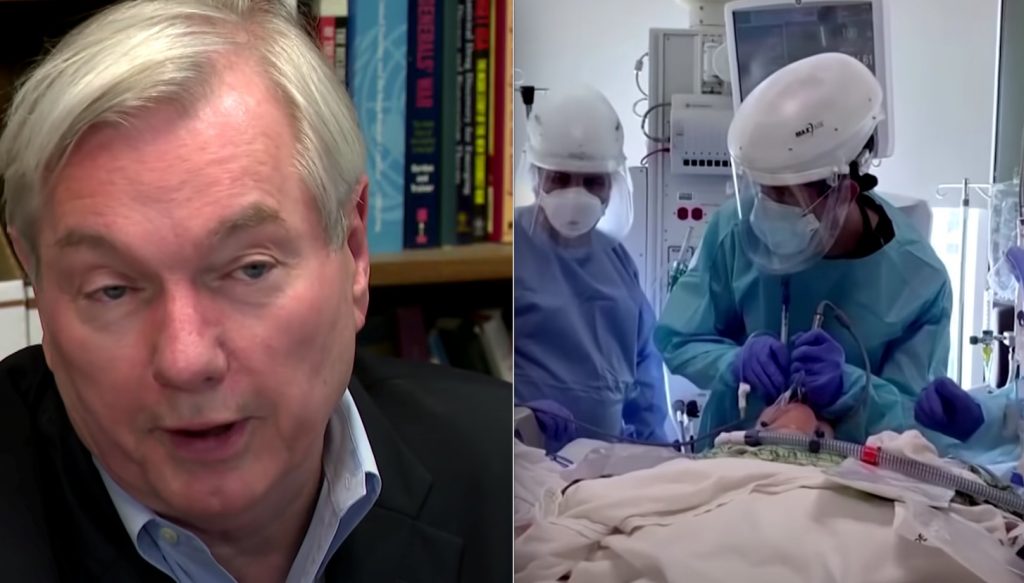 Epidemiologist Michael Osterholm (left) is warning about another outbreak

One of America’s most prominent and reputable epidemiologist, Dr. Michael Osterholm, just warned Americans that covid is not going anywhere and that we should prepare for another outbreak. As we read in his statement:

“We are right now in a reality check with this virus … And what I mean by that is that this new variant, the Delta variant, which was much, much more infectious is surely going to cause another surge of cases in the United States. This is a virus that is much more infectious than any of the variants we’ve seen today.

And I think most of America right now is done with the pandemic. They don’t believe that it relates to them anymore. They’ve put in their time. And of course, the challenge we have is, the virus is not done with us yet. And so, as you’re seeing right now in areas like Missouri, Arkansas, Louisiana, Florida—you’re seeing these major challenges in the healthcare system. There were because of the fact that we have vaccinated, the number of people we have over age 65, we’re not seeing that population nearly as much entering into the hospitals and the ICU intensive care units. But we’re seeing much younger individuals. They don’t get as sick as often, but because of the sheer number of them, they are literally causing severe challenges in our healthcare systems.

This is going to continue to spread throughout the United States… As this Delta variant becomes more common and more locations, this won’t be a situation isolated to just the South.

The Government Of France Declares That Citizens Need A Vaccine Certificate To Enter Shopping Centers, Restaurants, Theaters And Most Public Places, And To Go On Long Distance Train And Bus Rides
The Corruption And Heresy Of The Maronite Church
Follow