You are here: Home › Man Who Was Known To Set Fires Gets Released From Psychiatric Ward, He Then Beheads Young Boy And Cannibalizes Him, Police Officers Arrive And Shoot The Cannibal To Death 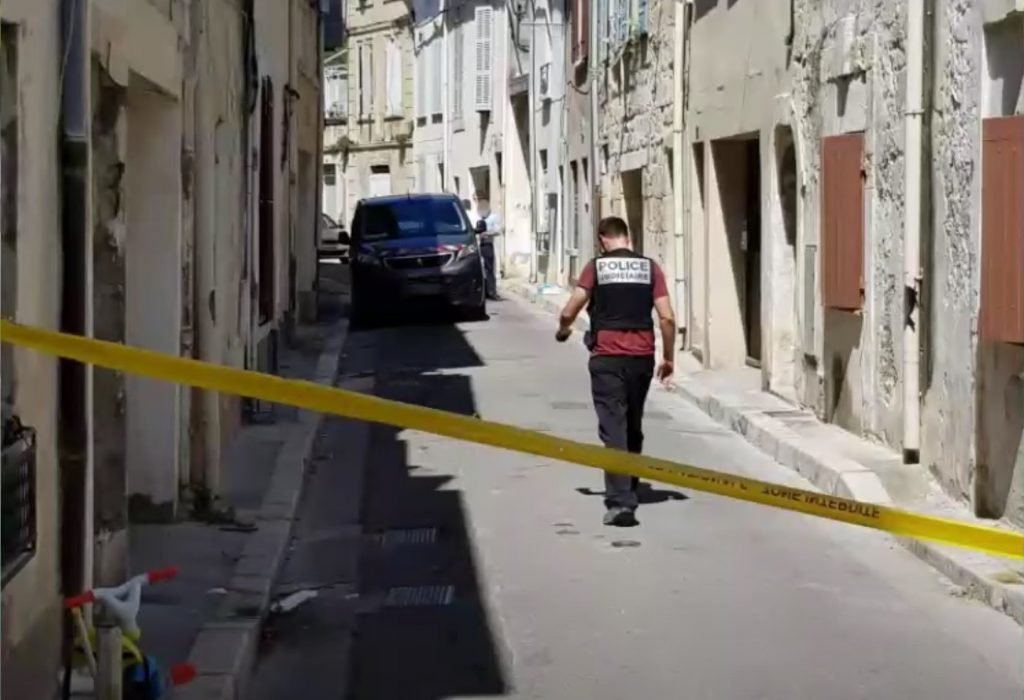 A man in France who is only being identified as “Arthur A.”, beheaded a young boy and cannibalized him. This demonic cannibal was eventually shot and killed by police officers. As we read in Reduno:

The mother of a 13-year-old schoolboy who was killed by a satanic and cannibal screamed disconsolate upon finding him: “he has killed my baby” after the boy’s headless body was found. The body of the teenager was found dismembered and eaten inside a bag in a house, located in a French village in Tarascon, near Marseille.

The murdered teenager, who has been identified by his first name Romain, was shown today for the first time by French media.

It was revealed that the teenager was killed on Friday, but neighbors called police on Sunday after complaining of “a terrible smell.” When a cleaner finally visited the home, she found parts of Romain’s body, including his partially eaten head inside a bag.

The killer, a 32-year-old man, identified as Arthur A., ​​was later located, before being shot and killed after threatening officers .

Laurent Gumbau, the Tarascon prosecutor, said Romain’s body was so mutilated that it could only be identified by DNA.

He confirmed that Arthur A. had been released from a psychiatric hospital earlier this month.

French police shot dead a 32-year-old man suspected of decapitating and partially eating a 13-year-old boy — whose head was found in a bucket, a prosecutor said Monday.

Authorities made the grisly discovery Sunday in an apartment in the southern France town of Tarascon that was rented by the man, who had a psychiatric disorder, public prosecutor Laurent Gumbau told Agence France-Presse.

An investigation into the disappearance of a boy from a foster home in Marseille, about 60 miles away, led police to the address in Tarascon, Gumbau told AFP.

“The body found may be that of the minor,” he said, adding that strips of flesh had been ripped from a shoulder, sparking suspicions of cannibalism.

However, it was “impossible at the current time to confirm the hypothesis of anthropophagy (cannibalism),” he added.

The boy — identified by local media as Romain — had reportedly been on his way from his foster home to visit his mom, who lived in the same street as the killer, according to The Sun.

It was reported in the publication, Meaww, that Arthur A. was released from the crazy house not long before the murder:

Gumbau confirmed that Arthur A was released from a psych ward earlier this month. He was known for setting fires in the area surrounding his house and he was admitted to the mental hospital after he was found guilty of hanging local dogs till they died. He then ate the animals. Police also described the perpetrator as violent and lonely. Neighbors knew Arthur A to be unstable and he had lived in the Tarascon house since the death of his father from cancer and his mother’s demise 15 years ago.

Arthur A had lured Romain who was reportedly on his way from his foster home in Marseille to visit his mother who lived on the same street as the killer. The teen who had spent the majority of his life in and out of foster homes was killed on July 16, two days before his body was discovered. The cleaner who found Romain’s body was shocked at the discovery and speaking to a local newspaper she said, ”Romain was beheaded and his upper body wrapped in plastic. I don’t know how you can do that to a child. It’s inhuman. Arthur seemed totally normal.” She is blaming authorities for letting a dangerous killer be on the loose.

French Protestors Storm Town Hall Building, Take A Portrait Of Emmanuel Macron, Step On It And Then Toss It Out The Window To The Cries Of “Freedom!”
The Government Of France Declares That Citizens Need A Vaccine Certificate To Enter Shopping Centers, Restaurants, Theaters And Most Public Places, And To Go On Long Distance Train And Bus Rides
Follow