You are here: Home › Islamic Terrorists Kidnap And Murder Elderly Christian Man. Soldiers Ambush The Terrorists And Kill Them All

By Shoebat on May 7, 2021 in Featured, General, Highlight 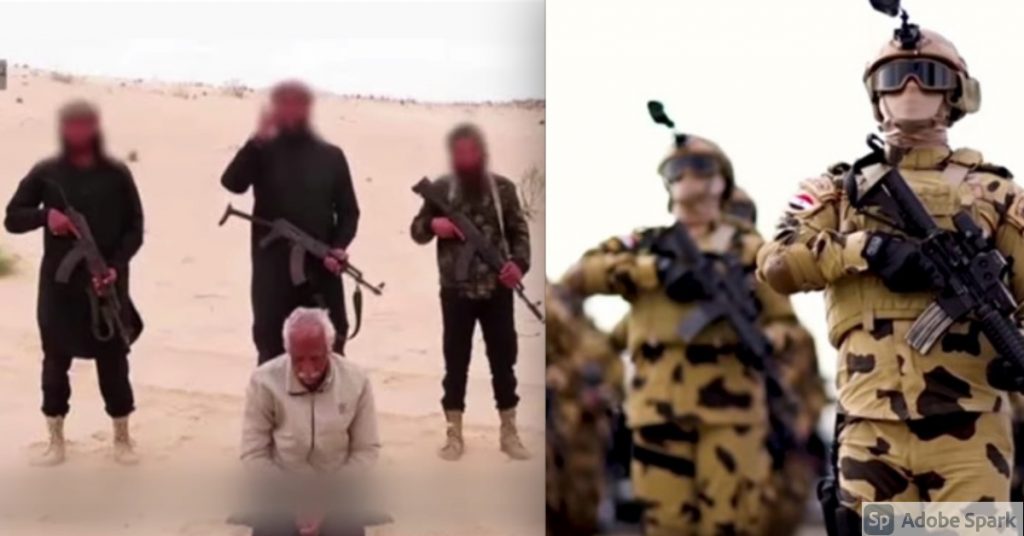 (Left) The execution of Nabil Habashi Salama. Islamic terrorists who were involved in his murder were killed by Egyptian security forces

The suspected militants died in an exchange of fire and were part of a cell that was plotting to attack Copts, their property and places of worship, as well as the security forces, the ministry said in a statement. It did not say when the clash took place.

An Islamist insurgency spread in the north of the Sinai Peninsula after Egypt’s military overthrew Muslim Brotherhood president Mohamed Mursi in 2013.

Large-scale attacks have subsided, but militants aligned with Islamic State have shifted tactics in the face of a military campaign against them. They temporarily overran villages near Bir al-Abd last summer.