You are here: Home › Taliban Terrorists Round Up Twenty-Two Afghan Soldiers And Slaughter All Of Them 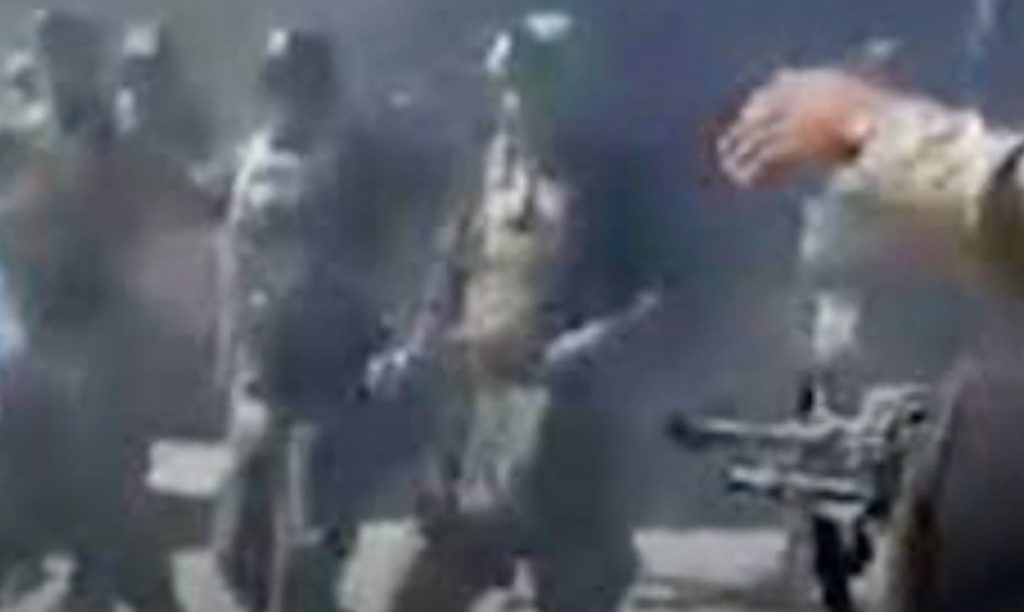 Photo from the mass execution

The horror in Afghanistan continues as this latest story was just recently reported. Taliban murderers slaughtered twenty-two Afghan soldiers. This very depressing story was reported by the Daily Beast:

A shocking video shows Taliban fighters brutally executing 22 unarmed Afghan commandos as they held their hands up in surrender. CNN reports that the massacre of the Afghan Special Forces unit took place on June 16 near Afghanistan’s border with Turkmenistan. The video shows Taliban fighters screaming “Surrender, commandos! Surrender!” as unarmed soldiers emerge from a building. Then the men are sprayed with bullets as the Taliban fighters shout “Allahu Akhbar!” and a bystander can be heard pleading: “Don’t shoot them, don’t shoot them, I beg you!” As the video ends, one voice can be heard saying: “Take everything off them.” The Red Cross confirmed to CNN that 22 commandos were killed, but the Taliban claimed the videos were staged by the government.