You are here: Home › The Head Of Russian Intelligence Reports: ‘Poland Is Preparing To Take Western Ukraine.’ 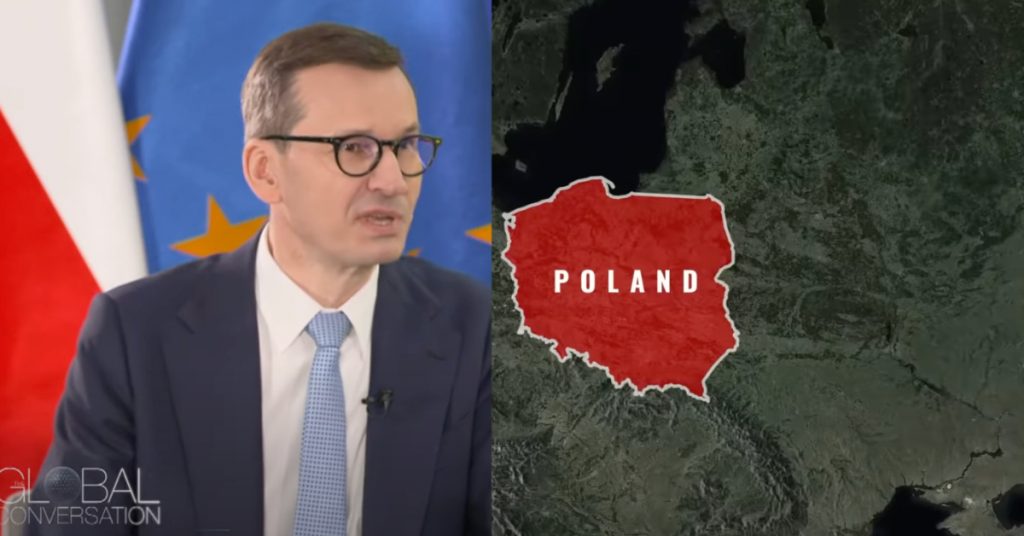 The Director of Russian intelligence, Sergey Naryshkin, has reported that Poland has been making preparations to retake Western Ukraine. As we read in 360TV:

Director of the Foreign Intelligence Service (SVR) of Russia Sergey Naryshkin announced that Poland is stepping up preparations for the seizure of territories in the western part of Ukraine.

“The information coming to the Russian Foreign Intelligence Service indicates that Warsaw is speeding up preparations for the annexation of Western Ukrainian lands: the territories of Lviv, Ivano-Frankivsk and most of the Ternopil region of Ukraine,” he said in an interview with RIA Novosti .

According to Naryshkin, Polish President Andrzej Duda demanded that the relevant services of the country promptly prepare an official justification for claims to the Ukrainian West. The authorities of the country took the Volyn massacre of 1943 as the basis for archival research, when the Ukrainian rebel organization massively killed Polish citizens. They want to hold a referendum in these territories in order to “ensure the legitimacy of the claim.”

The director of the Foreign Intelligence Service stressed that Poland is going to act persistently, as it is afraid that NATO partners will try to negotiate with Russia in the winter season. This will go against both the interests of Ukraine and Poland, Naryshkin added.

Warsaw expressed confidence that they deserve “generous compensation for military assistance to the Kyiv regime”, as well as for helping refugees and the recent incident with the fallen rockets. Naryshkin recalled that history knows “bitter examples of the clash between Polish and Ukrainian nationalists.” At the end of April, he already stated that the United States, together with Warsaw, was developing a concept for establishing control over Poland’s “historical possessions” in Ukraine.

President of the Russian Association for Baltic Studies, Doctor of Economics, Professor Nikolai Mezhevich, has commentated on the Russian intelligence report, stating that the Russians are speaking on it as a way to prevent Poland from executing its plan. As we read in the same article:

According to him [Mezhevich], during the summer meetings between President Volodymyr Zelensky and Duda, there was a feeling that the Polish authorities were looking for some kind of format within which it would be possible to carry out peaceful penetration.

“The question arises: what is the reason for the statement of the Foreign Intelligence Service? The Foreign Intelligence Service, realizing that such a Polish entry and intervention is possible, focuses the attention of the world community on this scenario in advance. That is, so that the Poles do not get it like this: “Hop – and we are already there,” the expert added.

He assured that the Polish games have already begun to embarrass Germany. Since, subject to the capture of part of the Ukrainian territories, Poland will expand, become stronger and enter its former lands. And, by the way, some German lands are also former Polish lands, concluded Mezhevich.

America To Ukraine: ‘You’re Not Going To Win, Make Peace With Russia.’
Major Ukrainian Politician Declares: ‘Russians Are Barbarians And The Russian Federation Must Be Destroyed.’
Follow