You are here: Home › Major Ukrainian Politician Declares: ‘Russians Are Barbarians And The Russian Federation Must Be Destroyed.’ 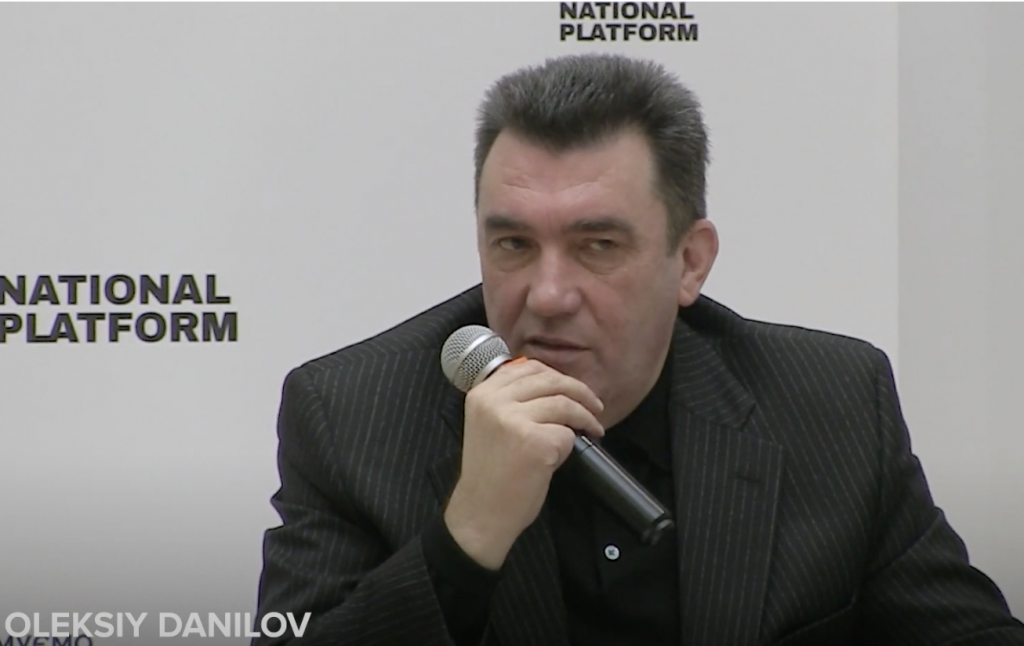 Secretary of the National Security and Defense Council of Ukraine, Oleksiy Danilov, stated that Russians are barbarians and that the Russian Federation must be destroyed. As we read in Ukrinform:

The Russian Federation must cease to exist as a country that still has colonies on its territory, as a country where a large number of peoples with their own culture, languages, ​​and traditions are being destroyed.
This was stated by the Secretary of the National Security and Defense Council of Ukraine, Oleksiy Danilov, who spoke at the Kyiv Security Forum, an Ukrinform correspondent reports.

“They (the Russian Federation – ed.) simply must be destroyed so that they cease to exist as a country within the limits in which they exist. Because today, Russia is one of the few countries that has colonies on its territory, which destroyed a huge number of peoples, languages, cultures, and traditions. They are just barbarians. And when you say that we should sit down at the table with these barbarians and talk about something, I generally think that it will be inappropriate,” Danilov emphasized.

Deputy Chairman of the Security Council of the Russian Federation Dmitry Medvedev, responded to Danilov by saying that Ukraine’s nazis should be killed. As we read in 360tv:

It is necessary to destroy the authors of calls for the destruction of Russia. This statement was made in an interview with RIA Novosti by Deputy Chairman of the Security Council of the Russian Federation Dmitry Medvedev.

Thus, he reacted to the recent statement of the head of the Ukrainian National Security and Defense Council Oleksiy Danilov. He called for the destruction of Russia, called the inhabitants of this country barbarians, unworthy of negotiations at the same table.

According to Medvedev, such statements should not be answered symmetrically. Among inappropriate reactions to such statements, he noted calls for the destruction of Ukraine.

“You just need to destroy such Nazi bastards as the one who said this,” said Medvedev.

The Head Of Russian Intelligence Reports: ‘Poland Is Preparing To Take Western Ukraine.’
Turkey Now Wants To Expand Its Control In Syria. The US Warns Turkey Not To Do It
Follow