You are here: Home › Turkey Now Wants To Expand Its Control In Syria. The US Warns Turkey Not To Do It 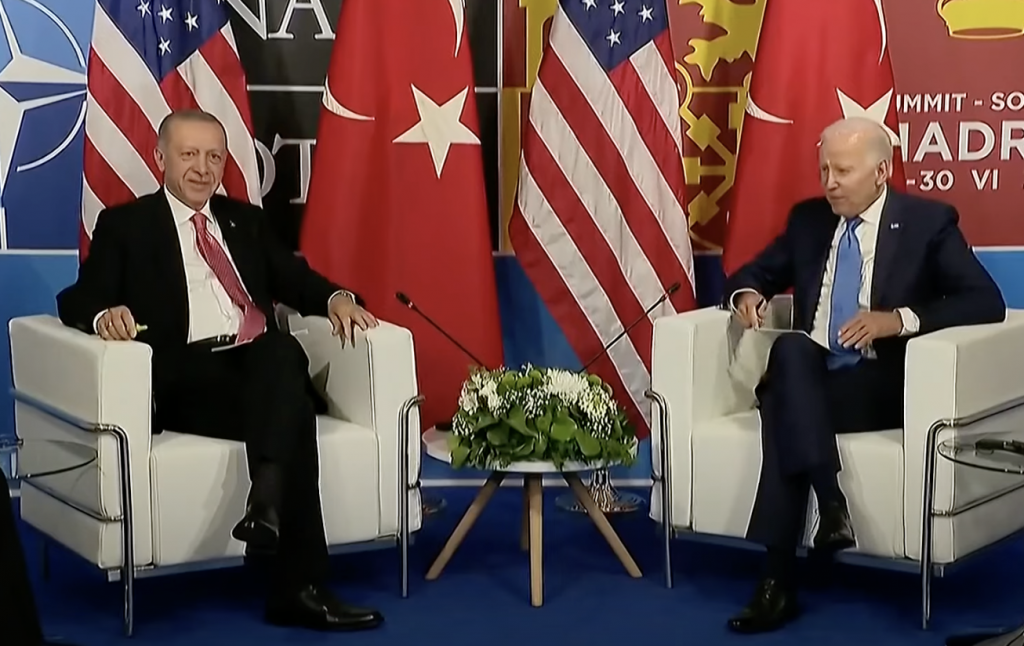 Turkey now wants to expand territory in Syria, and the US is opposing this. As we read in Bloomberg:

The US warned Turkey against a new military campaign into Kurdish-controlled parts of Syria, saying that some recent airstrikes had posed a threat to US personnel working with Syrian partners to defeat the Islamic State.
US Secretary of Defense Lloyd James Austin discussed the Pentagon’s “strong opposition to a new Turkish military operation in Syria,” during a telephone call with his Turkish counterpart, according to a readout released early Thursday.

The Pentagon has said a cross-border attack by Turkey could undercut the operation by US-allied Kurdish forces against jihadists, a top priority for the US in Syria. The US has reduced its patrols with the Kurdish-led force in Syria after the group reduced its own patrols, the Defense Department said Tuesday.

Turkish President Recep Tayyip Erdogan’s impatience to expand areas under Turkish control in Syria grew after his government blamed Syrian Kurdish fighters for a recent deadly bomb attack in Istanbul. He criticized the US and Russia for not upholding pledges to push Kurdish forces away from the Turkish border.

The strain between Turkey and US underlines the current tensions in the middle of the two countries. On top of the current opposition towards Turkey from the US, the Turks are upset about the fact that the Kurdish militants who they are fighting are trained and armed by the Americans. This current situation is yet another addition to the rift. The article from Bloomberg continues on to say:

The call between the defense ministers of the two NATO allies came just hours after Turkey’s Foreign Minister Mevlut Cavusoglu criticized Washington for arming and training the Kurdish force in Syria.
“The support of some allies, primarily America, to terrorist organizations in Syria is clear and obvious, so we say that they should terminate such support,” Cavusoglu said at a presser on the sidelines of a NATO ministerial meeting in Bucharest on Wednesday. “We will determinedly maintain our struggle against these terrorists wherever they are in Iraq or Syria.”

Any flare-up of tensions between Turkey and the US over Syria could deepen the mistrust on both sides of the alliance, which are yet to surmount differences over Turkey’s purchase of a Russian missile defense system at a time when Erdogan is seeking to buy dozens of American-made F-16 warplanes and upgrade kits to modernize the country’s existing fleet.

Austin also expressed his condolences over the November 13 terrorist attack in Istanbul in a telephone conversation with Akar.

“He also expressed concern over the escalating activity in northern Syria and Turkey, including recent airstrikes, some of which directly threatened the safety of U.S. personnel working with local partners in Syria to defeat Islamic State,” the statement said.

“Secretary Austin called for de-escalation and shared the Department’s strong opposition to a new Turkish military operation in Syria,” it said.

I would not doubt at all that this is a sign that presages Turkey eventually going rogue and pursuing its empire independent of the US global umbrella.

Major Ukrainian Politician Declares: ‘Russians Are Barbarians And The Russian Federation Must Be Destroyed.’
Why Most Americans Don’t Trust The Military
Follow