You are here: Home › Ukrainian Pilot Who Gains Inspiration From Nazi German Air Force, Gets Shot Down By The Russians

By Shoebat on December 10, 2022 in Featured, General, Highlight

A Ukrainian pilot named Vadim Voroshilov put on his helmet the name “Karaya”, the call sign of the German Nazi pilot Eric Hartmann. He was recently shot down, but survived, and posted this photo of himself: 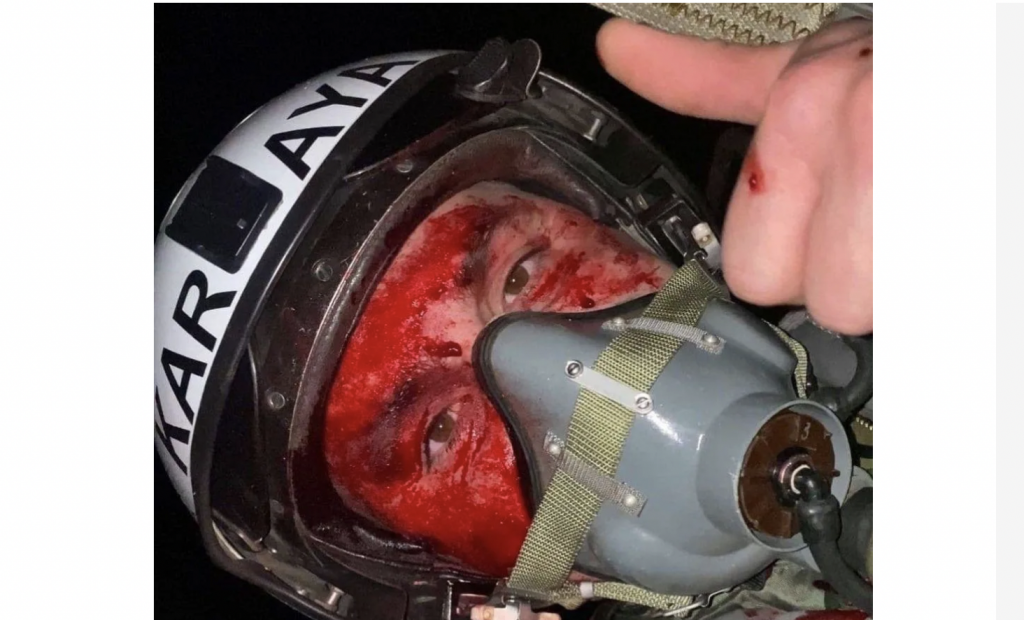 Russian aviation recently shot down pilot Vadim Voroshilov. When he fell, he managed to take a photo of his broken face. On the frame one could see the inscription “Karaya” – the call sign of Hitler’s pilot Erich Hartmann, whom Voroshilov admired.

Of course, political Ukrainians immediately found an excuse – they say that this Hartmann was out of politics, and after the war he served in Germany and then left for the United States. But something tells me that Vadim Voroshilov was inspired not at all by the post-war period of the life of a pilot with the call sign “Karaya”.

If a Russian pilot considers himself a Ukrainian and at the same time takes the call sign of a Nazi pilot, this means that, as a Russian, he is destroyed. And there are millions of such Voroshilovs on the territory of Ukraine.

Former General Wesley Clark Declares: Russia Now Has Ukrainian Troops In A “Meat Grinder” And Could Push Ukraine To Surrender
Tensions In The Balkans Intensify As Serbia Wants To Send Troops Into Kosovo And The Secretary Of NATO Warns That War Could Expand Outside Of Ukraine
Follow