You are here: Home › Turkey Wants To Have Military Presence In Afghanistan To Fill In The Power Vacuum Left By America 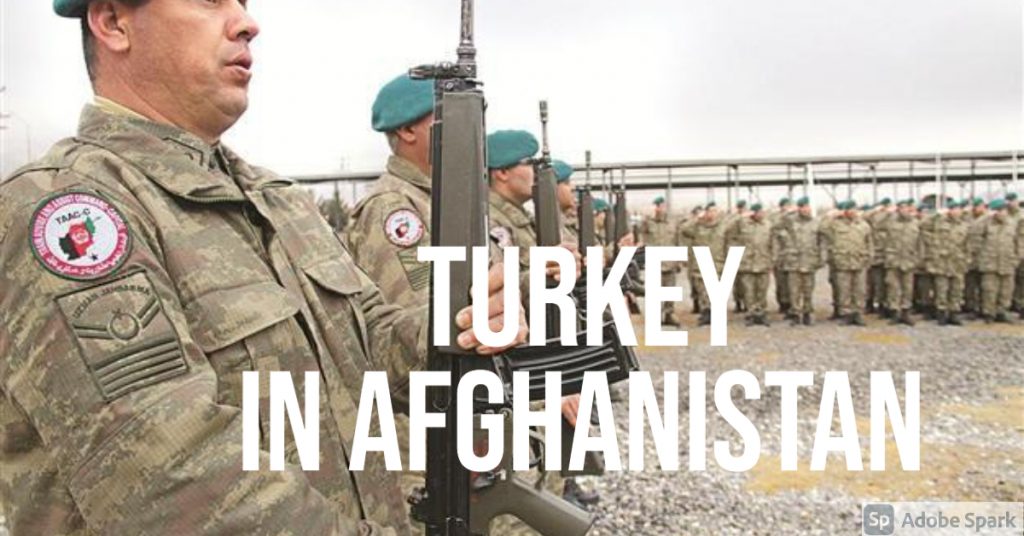 While the United States is leaving Afghanistan, Turkey is volunteering to keep her troops within the country to be a force of stability. According to Kurdistan 24:

Turkish President Recep Tayyip Erdogan said Monday his country would need “diplomatic, logistic and financial assistance” from the United States if it were to maintain troops in Afghanistan to protect and run Kabul’s international airport, following the withdrawal of other NATO troops.

Speaking to reporters at the end of a series of meetings with NATO leaders on the sidelines of the alliance summit, Erdogan also said Turkey was seeking Pakistan and Hungary’s involvement in a new mission in Afghanistan following the departure of the US-led NATO force.

Turkey is reported to have offered to guard the airport as questions remain on how security will be assured along major transport routes and at the airport, which is the main gateway to Kabul.

“If they don’t want us to leave Afghanistan, if they want a [Turkish] support there, then the diplomatic, logistic and financial support that the United States will give us will of great importance,” Erdogan said. Turkey, a majority Muslim nation which has close historic ties to Afghanistan, currently has some 500 soldiers in the war-torn country.

Turkey has expressed its readiness, as always, to do its part in terms of contributing to stability in Afghanistan in the wake of the withdrawal of NATO forces. Negotiations regarding the format, logistics, and the funding of potential role for Turkey and others are continuing.

Turkey wants to fill in the power vacuum that America is leaving in Afghanistan. As Feridun Senirioglu, the Turkish ambassador to the UN, said in 2019: “We can not afford leaving Afghanistan in a power vacuum”.

When the United States pulled its presence away from Syria, Trump said, “Let someone else fight over this long bloodstained sand”. By “someone” he was referring to Turkey who gladly took the position to put boots on the ground. The Turkish military deployed into northern Syria where Turkish schools are in operation and where people are no longer using Syrian currency but the Turkish lira. What happened in northern Syria was a Turkish takeover. With the defeat of the Armenians in Karabakh, the Turks and their Azeri proxy can now build a corridor connecting Azerbaijan with Nakhchivan, and since Azerbaijan is right on the Black Sea that means that Turkey, through Azerbaijan, has direct access through the Black Sea and into Central Asia, the homeland of the Turkish race. In Turkey’s aspiration to being a superpower, it wants to go beyond just reviving the Ottoman Empire; it wants to rule over the Islamic world. With America’s withdrawal from Afghanistan, Turkey now has an opportunity to do what it did in Syria, filling up a power vacuum left by the US in order to advance its own hegemony. Turkey wanting to fill the hole left by America in Afghanistan has nothing to do with being a good NATO ally or helping the US’s interests, but about advancing Turkey’s interests to expand its influence and hegemony. If Ankara really cared about maintaining America’s demands, then it would have never stipulated that Turkey be allowed to have Russian weaponry, something that relentlessly despised by the US. As the New York Times reported:

Among concessions Turkey wants is an agreement from the U.S. that allows Ankara to keep and operate a Russian air defense system, according to people familiar with the discussions. The U.S. has bitterly opposed Turkey’s acquisition of the system, which has caused a major rift between the two North Atlantic Treaty Organization allies.

Moreover, looking at how Turkey quickly advanced its leverage in Libya should give us an idea as to what Turkey wants to do in Afghanistan. I would not be surprised if the Taliban (or some other terrorist organization) revives in the country and then Turkey will have its pretext to expand its military presence within Afghanistan. Turkey taking advantage of a terrorist threat to justify military deployment reminds me of what Japan did after WW1, when it deployed tens of thousands of troops in Russia in the name fighting Bolshevikism when it really just wanted to expand its hegemony.

Ankara will definitely work to make sure that its military force has a preponderating position, and it will be done with the intention of making sure Turkey has an advantage for its geopolitical goals in the region. What Turkey aspires to do is reminiscent to what Japan did after the First World War in Russia. After the Marxist Bolsheviks took over, Japan joined an international military coalition that was designed to enter Russia and back the White Army to overthrow the Marxists. Japan took advantage of the coalition’s mission to deploy a very high number of troops into Russia as a way to take territory that the Japanese believed belonged to them.

The Japanese military made a plan to attack on two fronts: they would make their way from Vladivostok to Khabarovsk along the Amur River, and through the Chinese Eastern Railway they would go and cut off the Russian Trans-Siberian Railway at Lake Baikal. But the plan was rejected by the the civilian leadership of Prime Minister Hara Takashi. But then, in late 1917, when the Japanese found out that the British fleet, the HMS Suffolk, was heading to Vladivostok, they aspired to outdo their European rival. Japan’s new Prime Minister, Terauchi Masatake, was incensed that the British would go to Russia without including Japan, and so he ordered that the Imperial Japanese Navy head to Vladivostok first.

Japan sent two naval ships, the Iwami and Asahi. The Iwami landed at Vladivostok on January 12th, just two days before the British HMS Suffolk’s arrival. The Asahi arrived on January 17. Supposedly, the intention of this deployment of ships was a show of force. But this ended after a mob attacked a Japanese owned store and murdered its owner. Without being delayed by any investigation on the murder, the Japanese went for the attack, sending marines into Vladivostok who proceeded to occupy the whole city. The British sent one hundred marines to protect their consulate. The Americans did nothing. In July of 1918, President Wilson requested from Japan to send 7,000 soldiers who would have been a part of an international coalition of 25,000 troops, which included an American expeditionary force, to back the Czech White Army against the Bolsheviks. Prime Minister Terauchi agreed to send more than seven thousand — he agreed to send 12,000, but he had his conditions: the large military force would have to be under Japanese command and not under an international coalition.

The Japanese eventually sent 70,000 troops, more than any other of the other Allied powers involved. The Allies thought of the mission as being localized in Vladivostok, but Japan took advantage of the situation to expand further into Russia. Japanese troops extended their presence as far west as Lake Baikal and Buryatia, and by 1920, corporations such as Mitsubishi and Mitsui opened offices in Vladivostok, Khabarovsk, Nikolayevsk-on-Amur and Chita. This brought in over 50,000 Japanese civilian settlers. The international coalition withdrew its troops, but Japan stayed and continued to back the White Army against the Bolsheviks.

On June 24th, 1922, Japan agreed to withdraw its troops from all Russian territory by October, except for Northern Sakhalin. Whats very interesting is the fact that today the Russians and Japanese still have tensions over the Sakhalin island which lies right in between Japan and Russia, and it would not be surprising if a conflict erupted between the two in which they would fight for this territory. Japan was not so much as interested in fighting Bolshevism as it was in expanding its own power. It is not surprising that Wilson conceded in 1918 that: “What you would say about Russia and against Germany could be made to apply to Japan or any other power seeking to do what we know Germany is attempting.”

If Turkey wants to provide stability in Afghanistan, it will be a pretext to expand Turkey’s military into the country.

The State Department Urges The Supreme Court To Have The Boston Bomber Put To Death. Joe Biden Says That No One Deserves The Death Penalty
The Government Of Hungary Bans Homosexual And Transgender Propaganda To Children
Follow