You are here: Home › No 4th Of July For U.S. Air Bases No Thanks To Islam

Considering that ISIS lost much of its shock value in the media since it is so brutal, there is much fear for a spectacle by ISIS lone wolves to attack events in the U.S. and Great Britain that the fear of inbred extremists could wreck havoc at many military 4th of July events that cancelations at some U.S. airbases are enforced. Islam is not only no fun, but it also takes away all the fun from everyone else. Islamists in the Middle East who wreck weddings because music is forbidden in Islam, now have their far reaching arms stretched all the way here to stop Americans from even celebrating the 4th of July. And it is even worse than this, the media never dares to call Islam ‘The Spoiler’.

And now, (from The Daily Mail), the U.S. Air Force has cancelled planned Independence Day celebrations at a Norfolk RAF base due to the increased risk of lone-wolf Islamists Jihadi terror attacks.

The two-day festival was due to be hosted by U.S crew based in RAF Lakenheath and Mildenhall, home to the 48th Fighter Wing at the nearby RAF Feltwell in Norfolk.

Among the highlights of the show was to be a display by the RAF Red Arrows as well as the RAF Falcons parachute team. 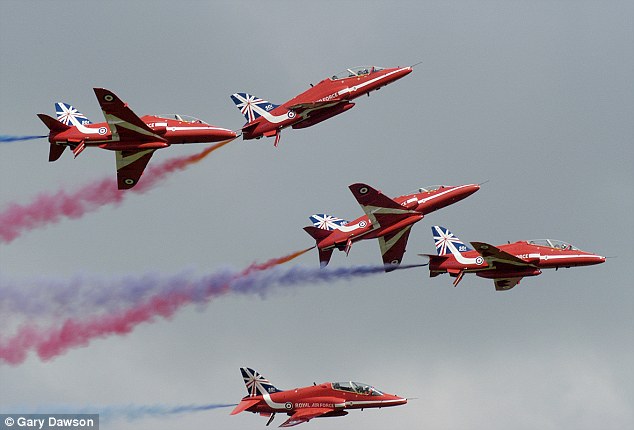 The Red Arrows, pictured, were due to fly at a July 4th party for the US Air Force at RAF Feltwell in Norfolk 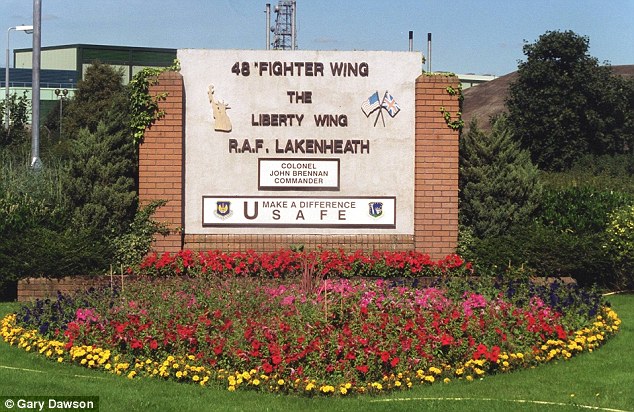 However, due to the increased risk posed by ISIS, following last week’s Tunisian terror attacks and the anniversary of the London 7/7 attacks, security chiefs decided to cancel the planned two-day festival.

According to the U.S. Air Force: ‘The decision was made due to the most current local threat assessments. The base continually surveys the security environment alongside host nation counterparts and must take appropriate measures based on those assessments.’

Colonel David Eaglin, 48th Fighter Wing vice commander said: ‘While we were certainly looking forward to this year’s celebration and hosting the US and UK communities at RAF Feltwell, we have to put public safety first and foremost.

‘We apologise for any inconvenience this cancellation has caused, and we will continue to work with our UK counterparts – both military and civilian – to make sure we keep our Airmen and the local communities safe.’

As well as the high-octane displays, the festival was due to feature live bands, acrobatic displays and carnival rides.

Friday’s event was for those who live and work on the air bases, while Saturday was open to the public. 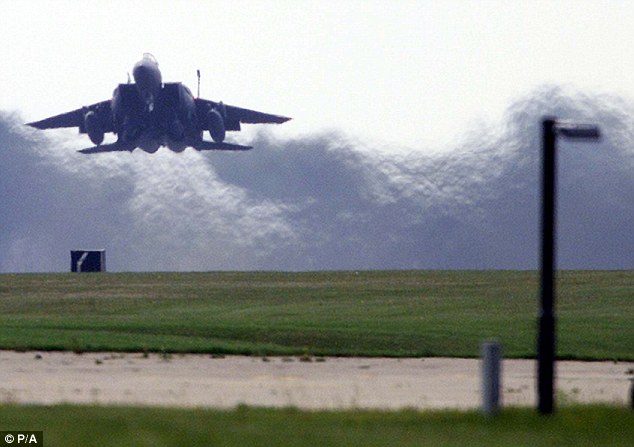 The two-day event was for air base staff, their families and local residents to enjoy US Independence Day

Whats next? No hotdogs or pork sausages?
print