ISIS is getting ready to announce and take claim for Nice attack in France. Qasaman (we swear) the caption reads adding: “The fire will scorch your faces so we can paint a smile for all Muslims” the poster says in celebration of the Nice attacks:

And they add a poem:

We made your day night

And in your abode destruction dawned

And we will set ablaze who remain from you with fire

So wait you kaffirs

We are waiting alongside with you

The killing by running over civilians in France stems from the instruction by Abu Muhammad al-Adnani from months ago in his lengthy video which called for “muwahhidīn (unitarians/Muslims) in Europe, America, Australia, and Canada” and across the world to defend the Islamic state against the “dozens of nations…gathered against it”:

“If you can kill a disbelieving American or European – especially the spiteful and filthy French – or an Australian, or a Canadian, or any other disbeliever from the disbelievers waging war, including the citizens of the countries that entered into a coalition against the Islamic State, then rely upon Allah, and kill him in any manner or way however it may be. Smash his head with a rock, or slaughter him with a knife, or run him over with your car, or throw him down from a high place, or choke him, or poison him.”

Running people over with a truck is one thing, but ISIS plans to one day detonate a massive Truck bomb that looks like this (forget the first explosion, watch the second one):

What Muslim lone wolves can do with trucks should alarm the West and the attack in Nice France is not directly from ISIS, it was simply ISIS sympathizers.

ISIS will only claim attacks if it matches their agenda. When Muslim terrorists attacked Istanbul airport they did not take claim since it favors their policy to have Turkey suspect the Kurds, an ISIS arch enemy. This would set Turkey on the Kurds instead of ISIS.

It is becoming obvious how these scenarios work, Muslims carry out attacks and ISIS chooses whether to take claim or remain silent.

Jenan Moussa, an analyst from the Middle East discloses Main #ISIS channels on telegram are up and running in Arabic, English, even Spanish ones. No mention of France. This on Bangladesh from 4hrs ago 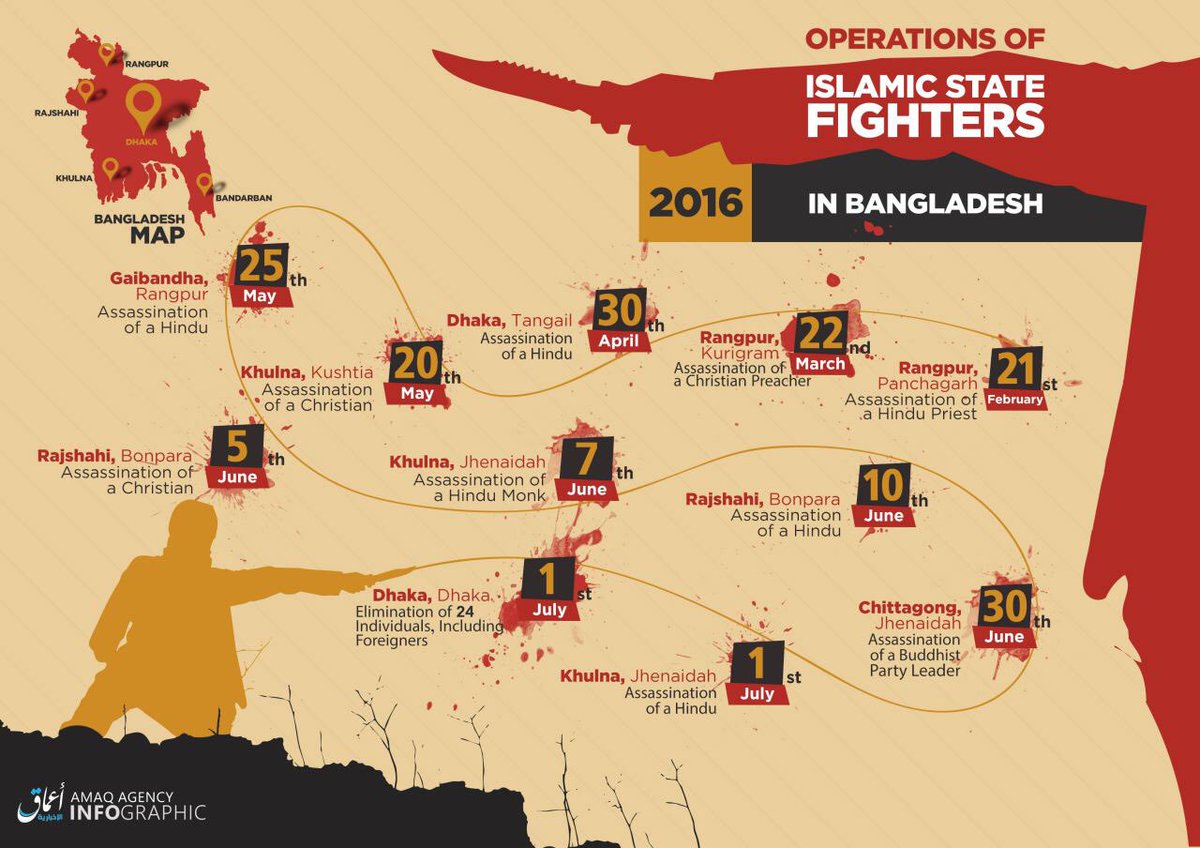 Amaq, ISIS’s main media, their latest claim today of terror has nothing to do with France:

Have a look urself at last news shared by #ISIS news agency ‘Amaq’. It’s about an attack against Syria regime forces pic.twitter.com/DpT2sWjpSb

As soon as the names come out, be it Algerian or Tunisian Muslims, ISIS will step forth and take credit.

From Orlando to Nice, it is simply Muslims who are high on ISIS carrying independent lone-wolf attacks.

The method is clear: Muslims carry out attacks urged by ISIS. ISIS then waits to confirm first if the attacker is Muslim or if it is in their best interest and then they announce that they are responsible.

The problem therefore is not an ISIS problem per say, it is a Muslim problem, an epidemic of Islamists living in the West.

Muslims Burn Paris And The Eiffel Tower On French Holiday Celebrating Anti-Clericalism And Hatred Of Christianity- France, You Brought This All On Yourself By Your Apostasy
Muslims Capture People Who Leave Islam And Convert To Christianity And Imprison Them In Islamic Reeducation Camps
Follow