You are here: Home › Shameless American Orthodox Jews Use The Destruction Of The Temple And The Holocaust To Praise Muslim And Mexican Illegal Immigration Into The United States

Some 40 leading orthodox Jewish rabbis went out of their way to publish a statement condemning Donald Trump despite that multitudes of other Jews supported him. What is stranger is that the 40 shameless rabbis used Israel’s greatest catastrophes to send such message:

“We issue this statement on the heels of the week of the 9th of Av. On the Jewish religious calendar, this commemorates the anniversary of the destruction of the Second Holy Temple and the Great Exile — the greatest catastrophe of Jewish history until the Holocaust. The Talmud states that this disaster was a direct consequence of the release of gratuitous and unrestrained hatred into the body politic.”

“we denounce his [Trump’s] attacks labeling many Mexican immigrants as rapists or criminals … the proposal to ban all Muslim immigration into the United States — violate the principle of individual responsibility and violate the fundamental religious principle of “love thy neighbor as thyself,” which is one of the greatest commandments of Judaism (see Jerusalem Talmud, Nedarim 9:4). These proposals violate the biblical prohibitions to spread hatred or slander about groups and individuals and violate the oft-repeated biblical command to love the stranger.

These evil men used the 9th of Av where the worst catastrophe happened. Evil men always apply every occasion of suffering to elevate the wicked and cause more suffering. 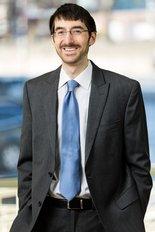 But this does not reflect on all Jews whom one can find the pharisee, the Nicodemus and the Joseph of Arimathea. Chaim Schlaff was born and raised in a Hasidic Jewish community in London. He now lives in an ultra-Orthodox neighborhood of Brooklyn, New York, and describes himself as a “proud legal immigrant.” He is also an enthusiastic Donald Trump supporter.

According to many Hasidic voters and political commentators, Trump has sparked an undeniable interest in parts of this culturally isolated world. Ultra-orthodox Jews, members of the Satmar Hasidic Community from New York, arrive at the grave of Rabbi Moshe Teitelbaum, the founder of the community, in the old Jewish cemetery of Satoraljaujhely, 256 kms northeast of Budapest, Hungary, Wednesday, July 15, 2015.

“Among my circle of friends, at least 90 percent [support] Trump,” said Yanky Lichtman, a Trump supporter who lives in Lakewood, New Jersey, one of the biggest Orthodox Jewish communities in the New York area.

Jacob Kornbluh, a New York-based Orthodox political reporter for the news site Jewish Insider, says that there is “no question support for Trump is widespread” within the Hasidic community. The majority of Hasidic voters he’s spoken to have said they plan on supporting Trump.

While Orthodox Jews reject Jesus and Christians believe this is their right and respect their freedom to do so, if anything it proves one thing; their greatest Rabbi, Jesus Christ was right about many of their religious leadership. Many are corrupt. Many will always be corrupt and they will always lead the Jews to destruction as we have seen in the very Temple these 40 rabbis speak of. They say they await the Messiah, yet their Messiah will only appear to them while they are in turmoil (just like the second temple) surrounded by Muslim armies, the very Muslims these rabbis are defending. This will occur when the Jews cry out “blessed be He who comes in the name of the Lord”.

Evil men, be it popes, pastors or rabbis, are easily spotted when they use “love thy [illegal immigrant] neighbor as thyself”. They use such verses regardless if the subject they are defending is a bloodsucking drug dealer who just crossed the Mexican border or is a terrorist wannabe from Syria. Trump was clearly speaking of criminals and wanted to weed out terrorists and had made ample statements about his respect for decent Mexicans (I am married to a Mexican American who entered legally).

The story here shows that in everything, there are two types of people: the first who likes honest speech and the other who claims they do.

Everyone believes that their religious persuasion serves the will of God. But in reality, the greatest Jewish rabbi in history, said that a Samaritan can serve the will of God better than a Pharisee.

Tell me who is your favorite pope, your favorite rabbi, your favorite pastor and I will tell you if you are good or evil. Mine is the one whom is hated the most. One who saved the lives of more Jews than any other man in history.

God is no respecter of persons and at times this is true regardless of religious persuasion. A Catholic can obey the will of God better than a Jew and vice versa is true. And the same scenario can be made with Muslims and Protestants.

Had these 40 pharasaic rabbis cared for Mexicans, they would expose the evils going on in Mexico. But reality is that few seek to find out where love needs to be applied since love is a very narrow gate.

When Jesus said that in the ends of days people will have a “form of godliness,” He was speaking of hypocrites. Hypocrisy is the contrivance of a false appearance of virtue or goodness, while concealing real character or inclinations, especially with respect to religious and moral beliefs. It is the practice of engaging in the same behavior or activity for which one criticizes another. In other words, the very people who condemn Trump’s blasting of illegals and Muslim immigrants in the name of love, they themselves lack love and hate justice for the victims who suffer from these illegals.

These are easily spotted. We always find them quoting only the most famous verses in scripture about love. But when you ask them about the love for the victims, they simply give lip service with no action whatsoever. They always want you to bless evil no matter what it is, be it homosexual agenda, drug dealers entering our borders or Islam.

While I was trying to sleep last nigh I asked myself: how is it that we live in a world where Sodom is praised as if it was holy Jerusalem all the while holy Jerusalem is turned into Sodom?

Can anyone show us a time in Christian history where sodomy is so much praised as now?

The answer is simple: most have a form of godliness and they give lip service to God denying His power. To these, God is a pie in the sky, a fiction, a figment of Moses’s imagination … where not much in scripture is literal. If these Jewish leaders truly loved God, they would condemn Jerusalem, for Israel have turned it into Sodom.

Do these think that Jesus will not call them too “you hypocrites, white-wash sepulchers”? .

Never before in history do we see what has happened. The holiest city to Jews and Christians, the very place of the prophets and where Christ was crucified has become a den of sodomites, and where the scriptures predicted it will become “sodom”.

Yet they say nothing? One would have been proud to see 40 leading orthodox rabbis condemn Trump for supporting the homosexual agenda. Yet they did not.

MK Amir Ohana, the first gay lawmaker from Israeli Likud, said the LGBT community is 10 percent of the Israeli population and is calling for their rights. This is one of the highest percentages of sodomites on earth.

Even sadder, Shoval is a cooperation of sodomites from Havruta, and lesbian women from Bat Kol.  Havruta is not atheist, they are an association of Orthodox gay Jews.

But Ohana’s percentage is off. Israel has become one of the highest in the world to emulate Sodom where 11.3% of men and 15.2 % of women are attracted to the same-gender.

Having said all this, always remember, the hypocrite is right. Jesus did say after all that we must always pray for our enemies. But does that include we bless them with our support? Indeed. We must always bless Hillary Clinton, gays, Soros … this way:

Ahhhh. The Jews. The day will come when the Bridegroom comes and the Bride will get herself ready.

The drama will unfold. Man will still be marrying and giving in marriage while the world lives in much turmoil. It is said that in the end of days mankind will suffer hunger. But for the saints hunger might come since they will vomit just from watching the daily disgusting scenes of Sodom on TV and on the street. Even God Himself will vomit.

The time is getting closer where we will shut our doors and board up all our windows and light up a beeswax candle which will continue to light for the whole time of the indignation:

“Go, my people, enter into thy chambers, shut thy doors upon thee, hide thyself a little for a moment, until the indignation pass away.” (Isaiah 26:20)

For now, just be sure you have oil in your lamps. For now, we celebrate our Sabbath rest in joy of His coming: