You are here: Home › Saudi Arabia’s Radical Changes Is Doomed To Failure And Its Destruction Is Imminent

By Shoebat Foundation on November 17, 2017 in Featured, General, Highlight

An analysis of the situation in Saudi Arabia By Walid Shoebat

When it comes to Saudi Arabia, its a desert which practically swims on oil. But oil isn’t just an export of the Saudi economy; oil is the Saudi economy. Without oil and the Haj, Arabia has no reason to exist. It can only survive if oil is $100 or more a barrel. At $50 it can breath by holding its head out of the oil, but anything less than that it drowns in its oil and dies in the desert.

Saudi Arabia is becoming bankrupt. What Prince Mohammed bin Salman is doing by his recent arrests is similar to Turkey’s Erdogan plan: generating a sense that a coup is being carried out to end it all with his own coup and rid the state from all opponents. This is true whether a coup was actually planned didn’t matter. The Crown Prince is simply emulating President Erdogan of Turkey and is arresting princes and ex-minsters who constituted the Saudi elite seizing desperately needed $800 billion of dollars of their money and refilling his country’s coffers while working to modernize the stagnating Saudi economy and wean it off its near-total reliance on oil.

But will this work?

Currently oil prices are at $56.72 and if this continues till 2021, Saudi Arabia’s financial reserves will become bankrupt.

And besides oil continuing at such prices, the House of Al Saud has many enemies both within and outside its borders and low oil prices will embolden these enemies to act against the regime to complete its destruction. This is especially true that Iran (Shiite) and Turkey (Sufi) are both potential rivals for regional domination.

During the early 1970s when the US produced and consumed lots of oil it was forced to import more from OPEC states which produced 55% of the world’s oil. This gave OPEC the lead to control prices. This was especially true when the Yom Kippur war erupted in 1973 and the US supported Israel, OPEC went on high-gear raising oil prices sending the world into shock.

It is War (not peace) is what oil producing countries (like Russia, Iran and Saudi Arabia) needs to survive.

Since 2013, the US weaned itself off OPEC producing more oil than it imported doubling since 2010 to even exporting US crude oil increase 50 percent more each year. 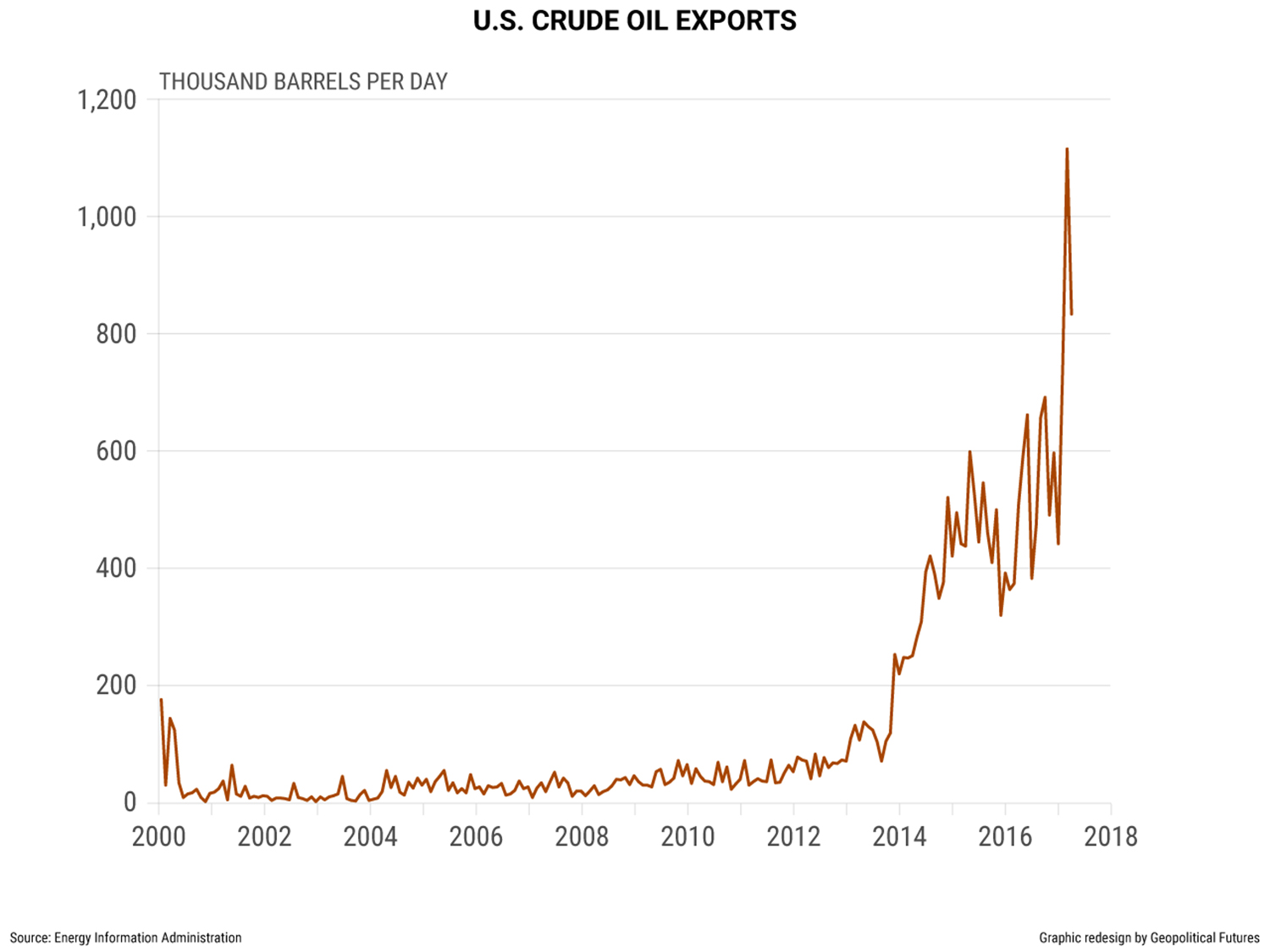 Today OPEC produces only about 40% of the global supply, 15% lower than its previous 55%. Today the US is in the top three producers in the world.

Lower oil prices does not hurt the U.S. since it does not solely depend on oil as Saudi Arabia, Iran and Russia. The U.S. economy, unlike Germany, China and Japan, does not depend on exports to survive. In a decade or two Saudi Arabia will be finished.

These days we see visions. For Turkey its 2021. Nations like Norway, for example, plans to ban the sale of fossil fuel-burning cars by 2025, and the UK and France are starting bans in 2040. This is why Saudi Arabia has a 2030 dream to not be dependent on oil.

But OPEC no longer hold the keys, the Saudi-Russian attempt to raise oil prices failed. The price of oil is now subject to market forces rather than any concerted action by oil exporters.

Saudi Arabia tried everything to sustain itself and nothing worked to bring oil prices except one last-ditch effort: war with Iran.

So who will strike first?

The two middle east superpowers are on a collision course and is why the Saudi kingdom ranks as the world’s second largest importer of military equipment.

But Iran is not easily conquered. While Iran has always been weaker than the Russian and Ottoman empires,  it always survived for one main reason: geography.

Iran’s size and its mountainous terrain made military attacks against it extremely difficult and dangerous. Iran was able to afford a decade long war with Saddam Hussein costing it 1 million casualties, yet it could not be defeated.

But for Iran to strike first, it will face pressure from Iran’s partner, Russia. Other superpowers will interfere, especially China which is the largest oil importer.

Therefore, Saudi Arabia must strike first. However, the United States late last year halted the sale of air-dropped and precision-guided munitions. It argued that Saudi military needs better trained forces in their targeting and use of these weapons.

The other problem is that war is costly and Saudi Arabia cannot afford it. An almost two-year long military campaign in Yemen put Saudi Arabia through a test and a wakeup call. The war was supposed to be a cakewalk but it turned into a quagmire for the kingdom.

Then Saudi Arabia had internal social issues where cutbacks on subsidies, increased utility prices, reduced spending on education and social services. The state employs two thirds of the citizens which is a tricky business considering Al Saud conflicts with its country’s religious establishment which demands social change and increasing international association with Wahhabism.

King Salman and Prince Mohammed have a full plate for 2017. For them and the Al Saud family the core issue is survival. With no credible alternative to the Al Sauds and the Middle East and North Africa’s recent experience of popular protest producing civil wars, jihadism and increased repression, Saudis are unlikely to revolt. They will however demand a greater say and greater accountability, concepts the government has so far countered with increased suppression and authoritarianism.

So what did Saudi Arabia do to solve this dilemma? it created a scenario of “rumors of war”. Saudi Arabia’s King Salman, rounded up and detained dozens of Saudi wealthiest officials earlier this month. On the same day Lebanon’s Prime Minister Saad Hariri abruptly announced his resignation on television from the Saudi capital, Riyadh, saying Iran and the Hezbollah movement were interfering in his country’s affairs. This month, Saudi Arabia charged that a missile fired at its capital from Yemen was an “act of war” by Iran.

But all this effort to spread “rumors of war” didn’t work. Oil prices continued to decline.

And if the last few years it was tough for Saudi Arabia, 2017 was much worse. None of its attempts seem to work. It faces domestic financial crisis that is forcing the country to restructure its economy.

So Saudi Crown Prince Mohammed bin Salman is trying another last ditch effort to reconstruct Saudi Arabia and modernize it.

Yet Saudi Arabia is not ready for industrialization which requires a dynamic culture shift. His first move was to allow women to drive which represented a direct attack on the clerics upsetting the applecart. So Prince Salman created a sense that there are threats of a coup against the royal family.

It is similar to Erdogan’s plan: generating a sense that a coup is being carried out to end it all with his own coup and rid his opponents whether one was actually planned didn’t matter.

The Crown Prince then arrested princes and ex-minsters who constituted the Saudi elite.

But unlike Erdogan’s success, we predict that the bin-Salman coup will fail. Why? The assets are mostly held abroad and thus in different legal jurisdictions stashed in foreign tax havens. All that and whatever real estate assets (major hotel buildings) if made available for sale to foreigners, this would mean that foreigners would get the title and this would not be easy to swallow for the Muslim Wahhabist elites.

Saudi Arabia’s only hope of influencing events in Syria is to support the Muslim rebels. But the fall of Aleppo (Saudi key allies) and the Sunni rebel’s last major urban holdout, threatens to reduce the anti-Assad resistance to a largely rural insurgency. This doesn’t bode well with the Wahhabi agenda.

Then there is also the religious tensions. Saudi Arabia is the custodian of Islam’s two holiest cities, Mecca and Medina supervising the Haj (pilgrimage to Mecca) for some 80 Muslim countries. Last year, Saudi Arabia and Iran failed to reach an agreement for the 2016 pilgrimage, leaving the Islamic Republic without a quota for pilgrims and even the kingdom’s management of the Haj greatly challenged.

But Saudi Arabia has a rival enemy: Iran. While the Middle East ‘experts’ thought that Iran will soon be neutralized by either Israel or the U.S., they failed to understand America’s lack of comprehending the Middle East. Unlike Saudi Arabia, its neighbor Iran is cleaver. During the 2003 Iraq war it convinced the United States to invade Iraq and rid the region from the ruling Sunni power under Saddam, a key ally of Saudi Arabia and the main obstacle in Iran’s expansion program.

While the U.S. cannot easily be defeated, Americans are easily manipulated. Experts then thought that Saudi Arabia still has Turkey on its side. But this view was debunked as we see Turkey striving for better relations with Iran. Turkey is ditching Saudi Arabia and partnering with Iran. Iran was the first nation to cleverly condemn the coup in Turkey. Iran’s decision to stand with Erdogan cemented the new relationship and resulted in Turkey realizing that Tehran is its most reliable friend in the region. Even the U.S. supported Erdogan in combatting the supposed coup in Turkey. But Saudi Arabia’s attempt to create a coup is not gaining any support.

We have constantly been predicting and warning about all these developments. The recent Turkey-Iranian alliance will change the course of events in the region and push Saudi Arabia toward a complete isolation. Americans had thought that the conflict was a Sunni-Shiite divide. But Sunni Turkey acted as a unifier between Sunnis and Shiites. The Iranian revolutionary leaders are Azeri Turks and have kinship with the Ottomans. The Turks also do not hold the same animosity towards Shiite ideology, as does Wahhabist Saudi Arabia. When it comes to the Arabs, Turkey holds a historic long memory against Saudi Arabia’s aid to oust the Ottomans during the Sharif Hussein revolt (1916-1918) when the Turks shelled Mecca and crushed the Black Stone. If Turkey did not mind shelling the Kaaba, why would it mind the end of Al Saud?

Iran can’t afford loosing its relationship with Turkey. Turkey and Iran have a common interest in preventing an independent Kurdish nation. The more the United States supports the Iraqi Kurds there will be a greater danger of an Iranian-Turkish alliance, which is what we project, will happen. Iran and Turkey are not divided as most have thought, they are locked into an alliance.