You are here: Home › The Church Of England Confronts The British Government And Declares: Destroy ISIS And Protect Christians

By Walid Shoebat and Theodore Shoebat

The Church of England has effectively backed military intervention by the UK government in Syria by unanimously passing a motion which implied support for the use of armed force against ISIS.

And what for? “To establish safe routes for refugees”.

Such crusade was given the personal endorsement of the archbishop of Canterbury.

The Archbishop of Canterbury admitted today the world’s battle with ISIS ‘must involve the use of armed force’.

Justin Welby said ‘the events of the last two weeks in Paris have broken our hearts’ days after he admitted that the terrorist attacks in Paris had made him briefly doubt the presence of God.

Hundreds of thousands of Syria’s 1.1 million Christians have been forced to flee their homes to avoid falling into the hands of ISIS fighters.

Scores have been murdered and Lord Carey, the former Archbishop of Canterbury, said recently: ‘Time is running out for Christians in the region’. 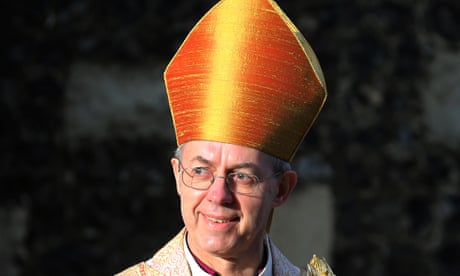 The motion, proposed by the bishop of Durham, Paul Butler, called on the government “to work with international partners in Europe and elsewhere to help establish safe and legal routes to places of safety, including this country, for refugees who are vulnerable and at severe risk”.

Welby told the church assembly that it needed to recognize the implications of the clause. Referring to the actions of the French police in the Paris club, the Bataclan, which came under attack 11 days ago, he said the international community had to face the fact that it might similarly need to challenge the perpetrators of terror in Syria.

“Let us support the motion, but do so utterly realistically about its implications,” he said. Parliament would be compelled shortly to respond to the government’s proposals on extending military action to Syria, he added.

Welby has argued for around a year that military intervention may be necessary to create safe spaces, said his spokesperson, but has also stressed the need for a long-term cohesive global strategy for the region. Butler acknowledged that there “may well be a need for armed conflict” to secure safe passage routes for refugees.

The motion – passed by 333 votes, with none opposed and three abstentions – also urged C of E parishes and dioceses to “provide practical and sustainable resources and structures for the resettlement of vulnerable refugees”. It called on the government to significantly increase the numbers of those allowed entry to the UK to above 20,000. It said that “vulnerability to religiously motivated persecution” should be taken into account when identifying those to be brought to the UK from the Middle East.

All the years we were criticized for believing that Christians can fight was condemned calling us “Christian Jihadists”. And now after the Paris attacks a ‘Christian Jihad’ is justified and even made the man doubt God?

“Saturday morning, I was out and as I was walking, I was praying and saying, ‘God, why—why is this happening? Where are you in all this?'” Welby said.

For Graham, the question isn’t so much as where God is, but what’s coming next.

“There have been many times that I’ve asked God why,” Graham writes. “But the Bible clearly warns that as we draw to the end of this present age, things are going to get worse. There are going to be wars and rumors of wars, famines, disease, earthquakes, pestilence, and these are just the beginnings.

“I don’t doubt God for a second. And I don’t doubt for a second that I’m a sinner who has been saved and forgiven by His grace. Not because of who I am, but because Jesus Christ shed His blood 2,000 years ago on a cross for my sins and God raised Him from the dead—and He is alive forevermore. When I was 22 years old, I asked Jesus Christ to come into my heart, and I haven’t doubted Him for a moment since that day.”

Before the Paris attacks, the Diocese of Coventry took the original grand rectory off the market following a call from bishops for empty church buildings to be offered as housing to help tackle the refugee crisis engulfing Europe. A planning application has been submitted to Warwick District Council.

Archbishop of Canterbury, the Most Rev Justin Welby, has already offered a cottage in the grounds of Lambeth Palace to house refugees.

The former Southam vicar said: “As Christians we believe we are called to break down barriers, to welcome the stranger and love them as ourselves and to seek the peace and justice of our God, in our world, today.”

And why would they call him “the most Rev” as okay while Vicar is not?

The British government, in accordance to Christendom, should obey what the bishop says. It is of the spirit of Christendom, not that there be a severing between Church and State, but rather a harmony between the two. The state must commit itself to that which it is commissioned to do, the temporal matters over which it is charged. The Church must do what it is commanded to do by God: to fight evil and be a light to the darkness. When the State is doing some sort of policy that is contrary to the Faith and to Christian values, the Church must order the rulers to cease its evils, and threaten them with ex-communication if they do not comply, in which state the citizens would not be obligated to pay taxes (since a Christian does not have to submit to an antichrist ruler). The state, then, must submit to the Church in all things regarding faith and morals.

In Christendom, the state never treads upon the functions of the ecclesiastical office, and if a tyrant ever were to do so, and attempted to suppress the worship of God, the Church has every right under Heaven to rebel, through the spiritual sword and through the liberties bestowed upon it by God. For when Sanballat the Horonite, Tobiah the Ammonite official, and Geshem the Arab, mockingly told Nehemiah when he was organizing the rebuilding of the Temple,  “What is this thing that you are doing? Will you rebel against the king?” (Nehemiah 2:19) Nehemiah declared the authority of God over man,

“The God of heaven Himself will prosper us; therefore we His servants will arise and build, but you have no heritage or right or memorial in Jerusalem.” (Nehemiah 2:20)

In other words, the will of Heaven overrode the will of the State. This right never left the Church at the advent of Christ, but remained. For when the Jewish leaders commanded St. Peter and the Apostles to no longer preach Jesus, the fulfilled Temple, they did not respond with servitude but with might, with these holy words:  “We ought to obey God rather than men.” (Acts 5:29)

If there some sort of ideological movement, or internal invaders, that strive to inundate the society with some sort of evil belief system (Islam, homosexuality, neopaganism, atheism, and the like), then the Church must tell the state to uproot the evil from the society. The State of Christendom must comply, for it is of the spirit of Christendom to obey what St. Peter says,  that governors are “those who are sent by him for the punishment of evildoers and for the praise of those who do good.” (1 Peter 2:14) The Church must exhort the State to do good, and when it does do good, it should bless the State, through Jesus Christ. Read the words of Pope Boniface to the king, Edwin:

“Accept therefore the sign of the Holy Cross, by which the entire human race has been redeemed, and exorcize from your heart the damnable crafts and devices of the Devil, who jealously opposes all the workings of God’s goodness. Overthrow and destroy these artificial gods of your own making; and the very destruction of these things, which never drew the breath of life and could never receive understanding from their makers, will itself afford you clear evidence of the nothingness of these objects of your former worship.” (St. Bede, Hist. 2.10)

But this declaration was made when England was entering the Catholic Church; now England is no longer one with Christendom, but under the Church of England. I pray that Christendom will one day be one, as Christ and the Father are one (John 17:22).

The spirit of Christianity is that of warfare. The whole nature of the Faith is that one who is willing to die, truly lives. To deny the self, to empty oneself from singularly-minded materialistic aspirations, to live under the will of God, and to take part in the battlefield against evil utterly indifferent to the constraints of fear for this life — this is the Christian spirit and the path of the Way, the Truth and the Life, this is the doorway into Heaven and the egress into true bliss.

Let us pray and hope, and let us work tirelessly, for the restoration of Christendom.

Watch New Raw Footage Of Russia Unleashing HELL From Land Air And Sea On The Muslim Terrorists Who Killed Their Pilot
Muslim Woman Says That The Islamic Religion Is False, And She Converts To Christianity, Her Muslim Family Captures Her And Saws Her Head Off
Follow